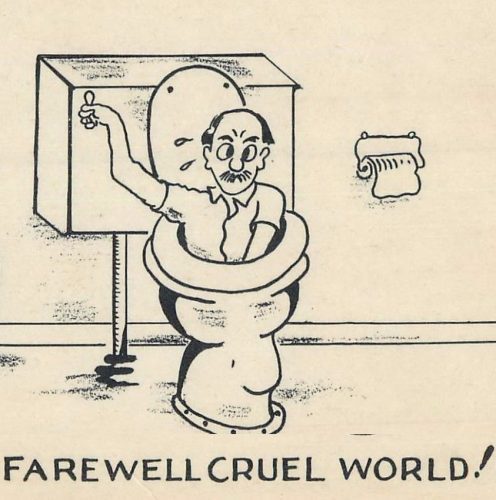 July 7th’s front page story in the New York Times not only made my head explode, it has me considering whether to chuck it all and become a bottle cap collector or something else more useful than trying to promote ethics awareness in a society where its most respected newspaper publishes something like this. Or maybe I should just give up entirely and flush myself down the commode.

The headline online is  “When ‘Black Lives Matter’ Is Invoked in the Abortion Debate.”  It just as well might have been: “TWSXQ@$#7mm.”

I’ll just post and comment on some of the gems in the piece, then you read the whole  thing and meet me at the top of the ROLAIDS tower in Baltimore and we’ll jump together, holding hands and singing the Pina Colada Song.

Then many urban schools are graduating African-Americans like Pastor Stancil who have the reasoning ability of household appliances and believe that taking innocent lives can be justified or rationalized by irrelevant matters.

Rev. Stancil is a racist then. He also believes that it isn’t the ethical and moral principles embodied in a law, but the race of the legislators who pass a law that matters.

A classic. I especially like how mass incarceration is used as if some force of nature is sweeping up innocent African Americans and locking them up in prison for no reason whatsoever. The cause of mass incarceration is that too many African Americans break laws and commit felonies, and their community continues to do a incompetent job ofdiscouraging the conduct or being accountable for it. Getting pregnant without a husband or sufficient financial stability to support a child is the immediate cause of abortions in the black community, and the obvious remedy is not getting pregnant.

Now there’s a powerful, coherent argument backed up with facts rather than flagrant bias,  supposition, and rationalizations!

Let’s see: the thinking being attributed to the African-American community is “Heck, too many of our community members are being convicted of crimes and sent to jail, and we’re getting fewer hand-outs, and our high school drop-out rates are high and affirmative action for college is on the way out—so i guess we need to abort more fetuses, even though we believe with all our hearts that they are all innocent human life.”

Enough. What the Times article seems to be telling us is that not only are the persistent problems in the black community the fault of “uncaring whites,” the high abortion rate in the African-American community is , by extension, the fault of white America as well, and the Mobius-strip pretzeling of logic and ethics required to reach that  comforting conclusion is uncritically accepted by the New York Times.

23 thoughts on “KABOOM! A New York Times Front Page Story Suggests Ethics Is Dead, Logic Is Dead, And That I’m Wasting My Life…”