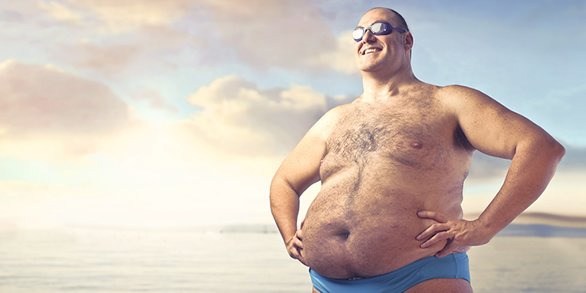 A question to the New York Times’ “Work Friend” column this month raised an issue I’ve considered but never written about regarding sexual relations in the workplace. The columnist botched it badly, but I’m pretty sure my answer would be extremely unpopular. Well, so be it.

The question came from a female employee about to attend a conference at a “fancy hotel with a swanky pool,” She wanted to know if she should pack her bikini, or if wearing a skimpy/revealing/sexually provocative bathing suit around her boss, co-worker  and industry colleagues was inappropriate.

The problem at the root of sexual harassment and sexual workplace misconduct is the sexualization  of the workplace, or, as I often put it, “the workplace is not a dating bar.” Having conferences and conventions at resorts and locales famous for ‘fun in the sun’ is an understandable and pragmatic business practice, but in the immortal words of George Costanza, it means that “Worlds are colliding!” Such events are officially business, and indeed a great deal of business gets done at them. For staff, however, the temptation to metaphorically let one’s hair down (this has never been an option for me) is great, and for many, it’s irresistible. This is especially so for single staffers with aspirations of romantic liaisons and even marriage with the rich and powerful.

Th e business advice columnist, a woman, who answered the query said that any boss who objected to the inquirer wearing a bikini poolside would be “gross and sexist,” then admitted that she personally wouldn’t wear revealing swimwear because she couldn’t deal with the reactions of the “guy in the next cubicle” because she was a “coward.” Got it: a male supervisor who recognizes the problem is gross and sexist, but when she behaves reasonably according to the obvious implications of the situation, its okay, just a failure of nerve.

I’d fire that columnist for rank hypocrisy and doing disingenuous mental gymnastics because the correct answer violates her feminist cant and she doesn’t have the integrity to be honest.

Is it appropriate to wear a bikini, a thong, pasties, a Speedo, or go topless while doing business in the office? Of course not. Do the rules of engagement change because the workplace has been moved to another locale? Why would it? The issue is  interpersonal relationships, conflicting roles and individual behavior that sends mixed signals leading to confusion and misconduct. Think of the surroundings as a movie effects green screen. What eventually shows on the screen can represent anything and anywhere,  but its effect on what goes on between the two, three or ten alleged professionals working together should be negligible. The workplace is still not a dating bar—not in Newark, not in Kauai.  Sorry.

Just as “working evening dinners” are a recognized trap for workplace sexual predators, these “fun” conferences, conventions and meetings are the sexual predator’s playground and the naive employee’s trap. Neither a woman nor a man should allow his or her workplace image to be sexualized, or to lose the professional aura that is essential to keeping boundaries clear.

My rules for male and female staffers under my supervision at such events—some of which I was in charge of organizing and managing—were very strict (and unpopular). Appropriate business attire was mandatory at all times in all places around the meeting site, day or night. Meetings at poolside had to be handled in casual, tasteful attire, and not in bathing wear.  For female staffers,  evening wear at dinner meetings had to be modest and professional; men were to wear jackets. Drinking to the point of intoxication was grounds for discipline; so was workplace flirting with executives, board members or others on staff. Sexually provocative comments or conduct with executives, association members or staff was taboo, and I expected to be alerted if such came from executives, association members or staff. Then they, in turn, heard from me. The message: my staff is here to work, not as eye candy, date bait or targets of your amorous aspirations.

You might conclude from this that I think holding events where temptations run amuck is a bad idea. No, there are many benefits to these meetings; indeed, in one of my association jobs, I felt that more productive work was done during the week of a convention than the rest of the year, and that the attractive locales made the meetings more productive by attracting more attendees. That, however, just recognizes the utilitarian balance. Despite the positive factors, the danger of creating confusion over professional roles and appropriate workplace conduct remains.

The right answer that the advice columnist should have given was this: If you don’t want co-workers and others to start thinking of you as a sexually attractive woman in a bikini who is intentionally advertising that fact (or, in a horrible alternative, a deluded, tasteless  exhibitionist in a bikini who has no business wearing it in public)—and you shouldn’t want that, because your job, always, is to be professional in all respects—then don’t wear it at a business event, anywhere.

The same, of course, applies to men who want to show off their abs, their “package,” or anything else that wouldn’t be appropriate to parade back at the office.