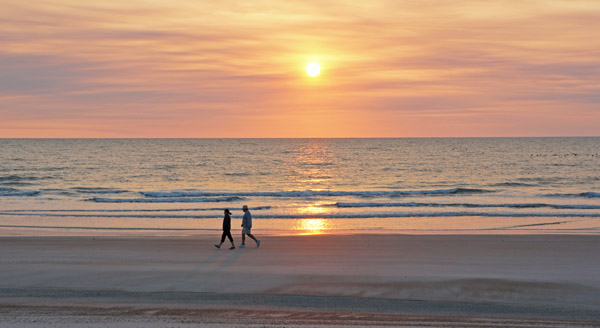 Is everyone vacationing this week but me? I can detect such things from blog traffic—this week has been sparse. Unfortunately this is the legal ethics CLE busy season, so I have been furious preparing materials for three new three-hour programs: “The Legal Ethics Mine Field,” “Legal Ethics Squeeze,” and a new musical ethics seminar for the New Jersey Bar Association, “Ethics Blues,” with the talented Esther Covington. It features legal issues-stuffed parodies of such songs as “Copacabana,” “Sweet Caroline,” “Piano Man,” “You Made Me Love You,” “Isn’t It Romantic” and “Let it Be,” among others. I’ve been writing parody song lyrics since I was 9, and much as I enjoy it, it is mentally exhausting in a way nothing else is.

1.  The anti-Trump news media is all a twitter because former GOP Congressman Joe Walsh might challenge President Trump for the nomination. Joe Walsh!  He’s the only member of Congress ever designated a fick by Ethics Alarms, in this post, about how Walsh, a Tea Party fiscal responsibility hawk who once lectured Barack Obama about how he was placing a burden on the backs of Walsh’s children, owed  $117,437 in unpaid child support to his ex-wife and those already burdened, kids, three of them. For this and other transgressions he was defeated for re-election, and Joe’s now a talk show host, presumably with the same audience that took guidance from former radio bloviators Ollie North and Gordon Liddy.

2. On the innocent until proven guilty front…there has been a spate of defamation lawsuits lately in which priests accused of sexually molesting boys accuse the Catholic Church of ruining their reputations based on publicizing unsubstantiated accusations of pederasty.

A Fresno, California priest,  Craig Harrison, who is facing multiple allegations of sexual abuse, is suing an established  Catholic watchdog group Roman Catholic Faithful (RCF). seeking “unlimited” damages as a result of RCF President Stephen Brady’s “appearance at a press conference in Bakersfield” that addressed “allegations of sexual misconduct” made against Harrison. The lawsuit and summons were filed this month after the Bakersfield Police Department (BPD) concluded an investigation that it said  exonerated Harrison. Brady says that the lawsuit may be intended to discourage other ongoing RCF investigations.

Another defamation suit is challenging the diocese of Corpus Christi, which  published a list of “credibly accused” priests in January. Of the 20 clerics named, three maintain their innocence and sued Bishop Mulvey and the diocese over their inclusion on the list.  According to the suit, “Defendants knew the statement was false and acted with reckless disregard for the truth. The publication of the statement was made with malice.”

On a related note, this priest probably will not be suing. Father Joseph McLoone, a Chester County (Pennsylvania) priest, has been charged with  stealing over $98,000 from his church to pay for a beach house, travel, dining and for men to have sex with him.

On the plus side, he apparently left the boys alone. So there’s that.

3. I’d say this suggests that something is ridiculously  wrong with the health care system, wouldn’t you?...From Kaiser Health News:

Donna Ferguson awoke in the resort city of Cancun before sunrise on a sweltering Saturday in July…later that morning, a surgeon, Dr. Thomas Parisi, who had flown in from Wisconsin the day before, stood by Ferguson’s hospital bed and used a black marker to note which knee needed repair. “I’m ready,” Ferguson, 56, told him just before being taken to the operating room for her total knee replacement. For this surgery, she would not only receive free care but would receive a check when she got home. The hospital costs of the American medical system are so high that it made financial sense for both a highly trained orthopedist from Milwaukee and a patient from Mississippi to leave the country and meet at an upscale private Mexican hospital for the surgery.

Ferguson gets her health coverage through her husband’s employer, Ashley Furniture Industries. The cost to Ashley was less than half of what a knee replacement in the United States would have been. That’s why its employees and dependents who use this option have no out-of-pocket copayments or deductibles for the procedure; in fact, they receive a $5,000 payment from the company, and all their travel costs are covered.

Serious health care reform policies need to address costs, not just insurance. Insurance, as it has for decades, reduces the incentive to keep costs low, as well as the incentive of users to minimize non-essential procedures. Back in the Eighties, policy-makers were at least trying to come up with ways to keep costs down with such (failed) innovations as HMOs. Who is trying to reduce costs and over-use of the medical system now?

4. More on the New York Times’ leaked declaration of its planned full-frontal race-baiting assault on President Trump and Republicans, from John Kass of the Chicago Tribune:

What was the embittered left — Democratic presidential candidates and their media allies — supposed to do when their hopes of Russia-Trump collusion crashed on the boulevard of broken dreams? Pivot….after a brief spasm of despair, the left pivoted to their default position: race. Race. Race. Race. Race. Race…. The newspaper said it hopes “to reframe the country’s history, understanding 1619 as our true founding, and placing the consequences of slavery and the contributions of black Americans at the very center of the story we tell ourselves about who we are.”

…The story of slavery in America is compelling and worthy of such attention. But reducing the whole of America to the sin of slavery and racism that America has tried so hard to reject — by shedding blood in the Civil War, by passing the Civil Rights Act, by twice electing Barack Obama to the White House — is absurd. But revealing….

“What happened to just reporting the news, as (Real Clear Politics) columnist)Carl Cannon says  without fear or favor?”[Tom Bevan, co-founder of Real Clear Politics] asked. “The New York Times is a for-profit institution and must cater to the whims of their readers or they’ll cease to exist as a business. Their readers are upper-class white liberals … the Times felt like it had to be part of the resistance to succeed with their readers. That strategy succeeded. But they’re caught in this cycle. They’re no longer the paper of record.” The short-term benefits of defining America by race may help Democrats and soothe subscribers at the New York Times. But what it does long term, to journalism, to the republic, doesn’t concern the left, just as it doesn’t concern Trump.

34 thoughts on “Morning Ethics Warm-Up: The “I Should Be At The Beach” Edition…”

Leave a Reply to The Small Stuff Cancel reply