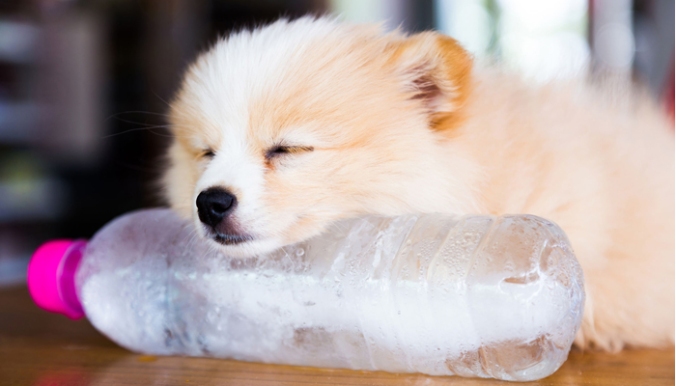 I wish I had a martini, but since I don’t keep alcohol in the house, this will do…

The story is here.

I remember kindergarten classmates, boys and girls, frequently going on kissing sprees. Adults knew it was nothing decades ago. Had #MeToo really made people this unable to make obvious distinctions? Proportion is an ethical value.

2. Regarding today’s earlier post from the same files...Yes, I think that the transcript of the President’s call to the Ukraine, on its face, should make Democratic claims of an impeachable offense look as silly and contrived as they are. This does not, however, allow for confirmation bias, which is at fever pitch in “the resistance” with some toxic frustration and desperation mixed in. This is one reason the mainstream media keeps calling the transcript a “summary,” which implies that something material is missing, and your Deranged friends keep raising Nixon’s edited versions of White House meetings on Watergate matters, as if this has any similarity to that at all.

Calls with foreign leaders are typically not recorded, so this was a reconstructed transcript, which is as close to an exact one as we are going to get. For those who presume that everything this President does is impeachable, that’s a problem. For those who accept that he was elected President and should have the same opportunity to do his job as all the others, it isn’t, and there are too many like that in the public for this latest manufactured offense to work.

I guess this is Plan S.

3. I guess it’s time for another update:

Plan A: Reverse the election by hijacking the Electoral College.

Plan E : ”Trump is mentally ill so this should trigger the 25th Amendment.”

Plan F: The Maxine Waters Plan, which  is to just impeach the President because Democrats want to, because they can.

Plan I:  “Let’s relentlessly harass him and insult him and obstruct his efforts to do his job so he snaps and does something really impeachable.”

Plan L: The perjury trap: get Trump to testify under oath, then prove something he said was a lie.

Plan N: Claim that Trump’s comments at his press conference with Putin were “treasonous.”

Plan O: The Mueller Report proves the Trump is unfit for office even if it did not conclude that he committed any impeachable offenses.

Plan P: Summarized here as “We have to impeach him because he’s daring us to and if we don’t, we let him win, but we can’t, but then he’ll win!”.”

Plan Q: Impeach Trump to justify getting his taxes, and then use the presumed evidence in his taxes to impeach him.

Plan R: Rep. Adam Schiff announced on July 24 that President Trump should be impeached because he is “disloyal” to the country. This desperate response to the fizzle of the Mueller Report was ignored and forgotten the second it came out of Schiff’s mouth, but it confirmed what the list above already proved: the Democrats don’t want to impeach the President for something he did; they want to find something he did to justify impeaching him.

Plan S: Trump should be impeached because his call to Ukrainian President Zelensky was really an effort to shake down the Ukraine and force it to find dirt on Joe Biden, thus “interfering” in the 2020 election even though Biden hasn’t been nominated (and won’t be), even though a President has every justification to seek evidence of a prior administration’s wrongdoing in foreign relations, and even though there isn’t a whiff of a threat of quid pro quo in the only transcript of the call.

4. What free speech means to today’s young progressives. Last week at Georgetown  the Georgetown University College Republicans were presenting an event including various critics of  climate change doctrine, on the theory that Georgetown embraced intellectual inquiry and debate. Student protesters obstructed the program from the beginning. From the student newspaper The Hoya:

“I’m so sorry I’m late. Is this the clown convention?” Perez loudly asked while entering the room….As protesters refused to leave, a chant broke out among the crowd, “What do we want? Climate Justice! When do we want it? Now!”

GUPD eventually instructed everyone in attendance to exit the room. After about 15 minutes of break, Geoffrey Bible, the university deputy director of protocol and events, announced the GUCR program would resume and students could not reenter the room with signs.

Bible also warned that any further disruptions would lead to immediate removal from the event by GUPD officers as well as a student code of conduct violation charge. Students were also subject to a bag check upon reentry.

Both student newspapers report that the program limped on; Jonathan Turley, in his account, says that the forum never resumed. That’s odd, but it doesn’t matter to his main point, and mine:

Georgetown did little beyond an institutional shrug. There is no indication of discipline even after police had to be called. The use of the heckler’s veto is now being used to silence those who hold opposing views on issues from abortion to climate change to contemporary politics. By not taking action, universities like Georgetown are enabling this conduct and stripping conservatives students and faculty of the benefits of not just free speech but open intellectual engagement.

The Hoya report includes this Orwell-worthy statement from one of the protesters who was shouting down the forum’s speakers:

“Saying what I had to say is not me oppressing their freedom of speech. It’s me exercising my own. So they might say, ‘Oh, the left never lets us speak our dialogue’ — that’s because that dialogue is fundamentally harmful,” Perez said in an interview with The Hoya. “People are actually going to die and that’s more important to me than civility and listening to the other side.”

Great school, that Georgetown! Preparing our young to be responsible citizens, and teaching them how a civil society works….