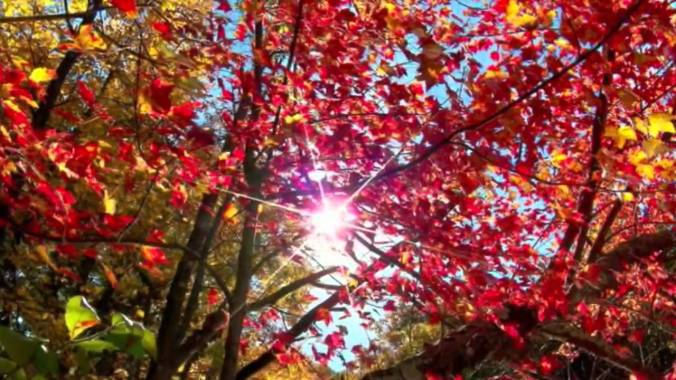 1. No, “lynching” is not the right word for the Democratic Party/”resistance”/news media impeachment assault. The word worked for Clarence Thomas during the Anita Hill ambush, but someone ought to remind the President that Thomas was and is black.

The correct word is coup. This has always been what the effort to delegitimatize and remove Trump has been, and this is what it remains. “Witch hunt,” which some idiot issued as an anti-impeachment talking point again a couple of weeks ago, is also an inappropriate term. It may accurately evoke the McCarthy-like methods being used, but it is historically and politically confusing, focusing on methodology rather than objective.

The inability of this President and his staff to communicate competently is a dangerous weakness. It has always been so, but now more than ever. The public literally doesn’t understand what is going on, and a clear, credible, trustworthy advocate for the President who is able to explain what is so wrong, so insidious, and so damaging to democracy about what the “Troika of Totalitarianism” (I’m trying to imagine what Spiro Agnew would have called them) have been doing since the 2016 election is an essential bulwark against impeachment and conviction. Even someone like—I can’t believe I’m writing this—Lanny Davis would be an upgrade.  Kellyanne Conway destroyed her credibility with her “alternate facts” gaffe. Rudy Giuliani got himself enmeshed in the Ukraine controversy. Mick Mulvaney proved, with his naive and ham-handed explanation about why there is nothing criminal or inappropriate about any President using the leverage of his office to persuade a foreign government to do something that needs doing, that he isn’t up to the job. And the President is foolish to believe that his tweet-storms are an effective remedy against  a news media determined to tell only one side, the “resistance” side,  of the issues.

Why, for example, isn’t there an advocate for the White House who can point out, clearly, that the misleading characterization in this morning’s Times front page “news” story—the New York Times no longer does “news” involving Trump, only adversary spin—that the President used strong-arm tactics to force the Ukraine to “investigate Mr. Trump’s political rivals”? Joe Biden isn’t “political rivals,” he’s a former Vice President of the United Sates who may have been using his high position to enrich his son and warp foreign policy.

At this point, Joe Biden isn’t an official election opponent of the President either. It is completely legal and responsible for our government to find out exactly what was going on in the Biden-Biden-Ukraine tango, and the idea that a President cannot legally pursue investigation of serious misconduct in the previous administration because the members of it can now be called his “rivals” is, or should be,  a transparent Catch-22 concocted to advance the coup. Is that really so hard to explain? Why isn’t anyone explaining it?

A prominent  reason is that one of the more effective and damaging tactics in the coup attempt has been to intimidate and threaten any competent D.C. professionals who could advise and assist a President under siege. Until the Trump administration, the accepted norm when a patriotic member of the Washington establishment, regardless of party,  was invited to help a President was for the individual so invited to say, “Of course.” This was how President Clinton persuaded Reagan advisor David Gergen to rescue his administration from self-immolation.

Today, any political establishment figure, no matter how well-respected before, can count on being savaged in the news media if he or she agrees to join the administration, as well as harassed if they go out for dinner. The phenomenon effectively gives this White House a lobotomy by making it a huge and risky sacrifice to try to assist the White House.  It also isolates the President, and increases the chances of him making his situation worse out of anger, frustration, and his unfortunate lack of impulse control.

This too has been part of the coup strategy from the beginning: withhold from this President all of the honors, respect, fairness, deference and cooperation every other President has earned as a right of office by virtue of being elected, and eventually he will do something that will justify impeachment.

It’s a coup. “Lynching” just muddies the waters, and in this dirty business, muddy waters is exactly what the “resistance” wants and needs.

2. One more thing: I would advise the President to ask to throw out the first pitch at a World Series game.

The Washington Nationals are in the World Series, and the “norm” has been that when this rarity occurs, the President is invited to throw out the ceremonial first pitch. Trump has not yet performed the honors for the Nationals, trying to spare the office from the indignity of seeing the President of the United States jeered by a baseball crowd, an ugly phenomenon that marked Herbert Hoover tenure. A baseball boo-fest now, however, would vividly illustrate what three years of the Left delegitimatizing the Presidency has done to the nation and its institutions. I would advise Trump to defy the effort to take his perks away from him, and handle the abuse with courage, a smile, and elan.

3. Not “guilty,” but perhaps “incredibly hypocritical.” “Should Flying Make You Feel Guilty?” asked a feature in the New York Times business section yesterday. Apparently I am one of the 12% of Americans who fly six or more times a year, and who are thus responsible for nearly 70% of all domestic flights. These travelers, on average, are responsible for the emission of more than three tons of carbon dioxide per year.

However, since I am a national speaker and consultant on ethics, and since the infrastructure is not yet in place to allow me to hold interactive sessions at distant locations from home, and since I do not believe that sacrificing my career and livelihood to avoid speculative, politically-hyped consequences that may never occur and that may not be preventable anyway, and because I only fly when it’s absolutely necessary, and because I have  had exactly one vacation of any kind  that required air travel in  more than 20 years, AND because I don’t feel like living in a cardboard box, no, I don’t feel guilty. Not one bit.

However, the Hollywood and political climate change scolds who fly all over the world, sometimes on private jets, to hobnob with each other about the urgent threat of climate change are among the greatest hypocrites on the planet. Among them: Al Gore, Leonardo DiCaprio, Prince Harry and his wife Meghan Markle, Woody Harrelson, Julia Roberts, James Cameron,  Arianna Huffington,  Gwyneth Paltrow, Mark Ruffalo, Matt Damon, Cameron Diaz and John Travolta. There are others.

The Times article doesn’t mention or allude to them at all.

4. Am I right about this? A lawyer wants to consult with me about an ethics matter, following up on an opinion letter. I asked for a convenient time to schedule a call, and got the response: “Check my calendar (linked), and find out when I’m available.” WHAT? I’m not this lawyer’s assistant, nor am I the Ethics Monkey. It is not up to me to do the scheduling.