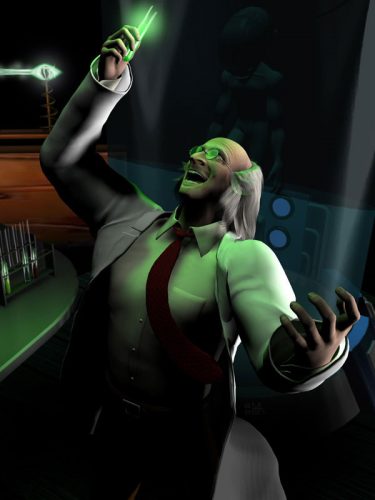 Aaron Carroll is an American pediatrician and professor of pediatrics at Indiana University School of Medicine, as well as the Vice Chair for Health Policy and Outcomes Research and the Director of the Center for Health Policy and Professionalism Research. He favored the New York Times with an unusually clear and unbiased explanation of why so much “consensus” research used to panic the public is dubious, and mirabile dictu, they published it. For some reason, however, it ended up inside the Times Business section, despite Times having a perfect forum for it, its weekly Science insert.

I’m going to apply Hanlon’s Razor and attribute this to lunk-headedness rather than sinister instincts, even though Carroll’s observations clarify much of what’s wrong with “climate science.” Professor Carroll’s specific complaint involves the myths, as he calls them, declaring that diet soda is deadly, but his points apply to other scientific research and public opinion manipulation as well. Among them:

The public’s fear of “chemicals”

“Everything is a chemical,” Carroll writes, “including dihydrogen monoxide (that’s another way of saying water). These are just words we use to describe ingredients. Some ingredients occur naturally, and some are coaxed into existence. That doesn’t inherently make one better than another.”

[As an aside, the same kind of intentional confusion occurs regarding the term “drugs.” I saw a TV ad last might for melatonin tablets that repeated over and over that the pills were “100% drug free.” Melatonin is a hormone, and hormones are drugs, defined as any substance “that causes a change in an organism’s physiology or psychology when consumed.” Ah, but chemicals and drugs are scary.]

“Soda is an easy target”

Like energy companies and guns, to name two other examples.

Carroll observes, “It’s true that no one “needs” soda…but there are many things we eat and drink that we don’t “need.” We don’t need ice cream or pie, but for a lot of people, life would be less enjoyable without those things.”

In fact, we do need fossil fuels.

“Scientists need to publish to keep their jobs”

I’m a professor on the research tenure track, and I’m here to tell you that the coin of the realm is grants and papers. You need funding to survive, and you need to publish to get funding.

“As a junior faculty member, or even as a doctoral student or postdoctoral fellow, you need to publish research, Carroll writes. “Often, the easiest step is to take a large data set and publish an analysis from it showing a correlation between some factor and some outcome…That’s how we hear year after year that everyone is dehydrated and we need to drink more water. It’s how we hear that coffee is affecting health in this way or that. It’s how we wind up with a lot of nutritional studies that find associations in one way or another. As long as the culture of science demands output as the measure of success, these studies will appear. And given that the news media also needs to publish to survive …we’ll continue to read stories about how diet soda will kill us.”

The news media is excessively impressed by prestigious institutions

Carroll: “To do the kinds of analyses described here, you need large data sets that researchers can pore over. Building the data set is the hardest part of the work….Because of this, a few universities produce a disproportionate amount of the research on these topics. They also tend to be the universities with the most resources and the most recognizable names….They also get more media attention because of having access to more researchers, prestige and funding. If the research is coming out of a super-respected institution, it must be important.”

The limitations of observational studies

No matter how many times you stress the difference between correlation and causation, people still look at “increased risk” and determine that the risk is causing the bad outcome. …With respect to diet sodas, it’s plausible that the people who tend to drink them also tend to be worried about their weight or health; it could be a recent heart attack or other health setback that is causing the consumption rather than the other way around. But you shouldn’t assume that diet sodas cause better health either; it could be that more health-conscious people avoid added sugars….Dr. John Ioannidis wrote in a seminal editorial: “Individuals consume thousands of chemicals in millions of possible daily combinations. For instance, there are more than 250,000 different foods and even more potentially edible items, with 300,000 edible plants alone.”

And yet, he added, “much of the literature silently assumes disease risk” is governed by the “most abundant substances; for example, carbohydrates or fats.” We don’t know what else is at play, and using observational studies, we never will”…

Moreover, too many reports still focus only on the relative risk and not on the absolute risk. If a risk increases by 10 percent, for example, that sounds bad. But if the baseline risk is 0.1 percent, that 10 percent increase winds up moving the baseline to only 0.11 percent.”

The point is not that research regarding diet soda is identical to, for example, climate change research, but that most research is more complicated and less certain in its conclusions than the news media reports or the public understands. A healthy degree of skepticism is warranted, not just because of researcher bias, but because of research methodology as well.

Carroll concludes, “It would probably be a public service if we stopped repeating a lot of this research — and stopped reporting on it breathlessly. If that’s impossible, the best people can do is stop paying so much attention.”

This is a valuable message, as are all of his observations. The article is exactly the kind of information the layman public requires to put all the scientific hype into perspective. Burying it in the New York Times Business section is like putting the World Series game report in the Food section.

20 thoughts on “The Misleading Nature Of Media-Hyped Research”