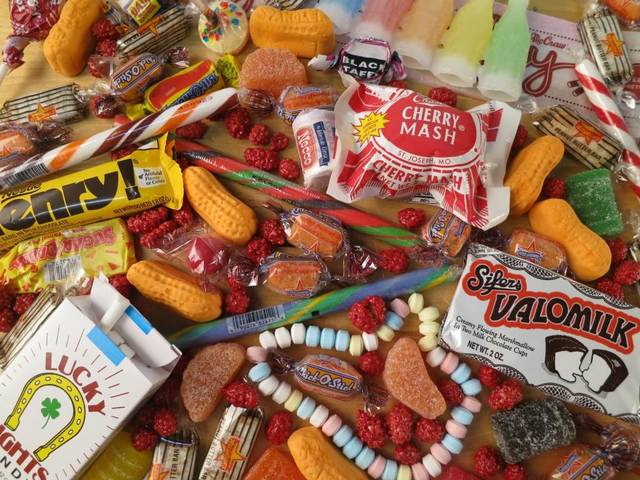 1. OK, I want to see all of the Facebook trolls who mock every single careless or foolish thing President Trump has ever said to be fair and consistent, and make an appropriately big deal over this astounding quote from the Governor of New York:

“[A]nyone who questions extreme weather and climate change is just delusional at this point. We have seen in the State of New York and we have seen — it is something we never had before. We didn’t have hurricanes or super storms or tornadoes,.”

Now, I’m relatively certain Cuomo doesn’t really mean that New York never had  big storms before the climate started warming, but the President’s critics in social media and the mainstream media never give him the benefit of the doubt, because they just know he’s an idiot…or lying.

In related news of the media double standard and its bash-Trump obsession, this article was given a three-column spread on the New York Times front page: “The ‘Whimpering’ Terrorist Only Trump Seems to Have Heard.” It is a breathless report of the results of a Times investigation into whether ISIS leader Abu Bakr al-Baghdadi really was wimpering, crying and screaming before he was killed by U.S. forces, as President Trump colorfully told the nation.

Do you? This is like a fish story; it’s a non-material, unimportant fib at worst. Putting such a story on the front page is an exposé all right: it exposes the Times’ complete loss of all perspective regarding the President.

3. Another “Good Illegal Immigrant” Sob Story…From the Times, of course, which has made this into a whole genre, comes this: “She’s Fighting Cancer. Her Son Is Fighting Her Deportation.”

“Tania Romero worked three jobs to raise her children. Now her son, a doctoral student at Yale, is determined to save her,” we are told. We also learn that

a) ….she is an “undocumented” immigrant, meaning that she is in the country illegally.

b)…her son, who just graduated from Yale, is also in the country illegally, and has taken no steps to become legal…but he’s “Dreamer,” so he’s still self-righteous about it.

c) Tania Romero was arrested for driving an automobile, which was also illegal.

d) “Ms. Romero has been receiving treatment for Stage 4 oral cancer that needs continual attention.” The position of the writer is, I gather, that illegal immigrants who get sick should be immune from the consequences of breaking our immigration laws.

e) Joshua Aiken, another Yale grad, says “People’s families are being torn apart every day by cruel and unethical deportation policies, and so the minute Cristian told me what was happening, it was time to mobilize.”

It is not cruel to deport illegal immigrants who should not be here, whether they are ill or not. The chain of logic that follows such a contention ends with the unavoidable conclusion that not letting anyone who wants to enter this country come on in is also cruel and unethical. I expect better reasoning from Yale grads. Obviously, I should not.

4. More anti-Trump mania from the legal ethics world. Richard Painter was once a normal, rational legal ethics expert, even as I am, until the election pf Donald Trump. Since that dark day in November, the former Bush White House ethics lawyer has contrived one forced theory of Trump wrongdoing after another.  Some of them are discussed in the blog posts collected here.

I hold Painter responsible for killing the best legal ethics blog that has yet surfaced, the Legal Ethics Forum, which he used to vet his irresponsible theories about how to get rid of the President so frequently that readers stopped visiting., and other contributors to teh blog stopped writing for it. Now he blathers to nodding heads on MSNBC.

Back in July of 2017, law professor Jonathan Turley wrote of Painter and his ilk...

The push for criminal charges could well create the very dangers that critics associate with Trump. Few have considered the implications of broadening the scope of the criminal code and handing the government wider discretion in criminalizing speech and associations. Once you declare someone to be the devil, there is no cost too great to combat him or his spawn.

Trump has certainly become a diabolic figure for many…This hatred has blinded many to the implications of pulling up the roots of our criminal laws “to get after the Donald.” In particular, they should consider the cost to free speech and the political process if they hand the government the power to criminalize some of this conduct.

Now Turley has flagged the latest abuse of authority by Painter, whose next stage will  be wandering the streets wrapped in a sheet and ringing a cowbell:

The latest such example by Painter is that Trump continues to fundraise for Senators, a common practice of all presidents in election years. Painter insists that any such fundraising can constitute “felony bribery” since these senators will likely sit in judgment in any impeachment trial.

Painter declared “This is a bribe. Any other American who offered cash to the jury before a trial would go to prison for felony bribery. But he can get away with it?”

I like Painter personally and respect his past public service. However, this position is utterly meritless. Just because a president may face a Senate trial, he is not required to stop political activities. Indeed, if that were the case, an opposing party in control of the House could shutdown the political activities of a president by moving to impeach him. Moreover, Painter’s unlimited view of the bribery statute would also prevent campaign activities deemed supportive of members of either house. That view would not only extend bribery definitions beyond recognition but it would contravene core protections for free speech and associations.

The unquestioning attention given to Painter’s extreme view shows how detached coverage has become from reality.

Unlike Prof. Turley, I find it hard to like people who use their reputations and past credibility to concoct ways to oust an elected President of the United States. I’m funny that way.

12 thoughts on “Saturday Leftover Ethics Candy, 11/2/19: The Spy In My Hotel Room, And Other Scary Tales”