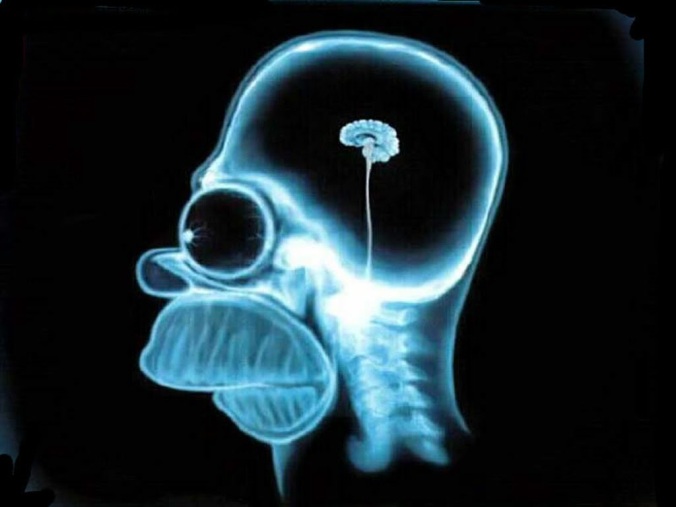 It must be Homer, because that appears to be the level of cognition being  taught to its students, by equally dunder-headed faculty.

I’ll try to make this short, because we’ve had the same discussion recently. I have made a vow, however, to remark with disgust on such idiocy every time it raises its hole-riddled Homer-shaped head.

John Bolen, a retired professor of religion working part-time at  Simpson College, uttered the dreaded shibboleth “nigger”  during a class. He used the word to discuss the word, of course, and not as a racial epithet, but Homer and similarly handicapped students can’t make such nuanced distinctions. Bolen was using the word to make the hackneyed, stale and simplistic analogy with the Washington, D.C. pro football team’s nickname “The Redskins,” but he triggered mass outage by not using baby-talk (“N-word”) or Pig Latin (“Iggernay”) instead of English as if his audience consisted of  adults and could hear a word used to describe itself without having a psychotic episode because of the color of the speaker.

Bolen is now awash in shame and regret,  and will engage in self-exile by  teaching the rest of the course online. He has also said he will not  teach again after this semester—no great loss, that—apparently because he can not trust himself to speak in student-approved code, even for clarity’s sake, according to the Des Moines Register.  Several student groups told the administration that they wanted the professor dismissed, not for the right reason—he is a weenie and lacks the integrity and skill to explain to his charges why banning any word leaps down the slippery slope to speech censorship—but because  he didn’t realize that words are dangerous weapons, some of which should never be used without a license.

“I wish I hadn’t done it, because it communicated the wrong thing to students,” Bolen said. “I always believed in equal rights for humans. I’ve fought for that and campaigned for that.” What “wrong thing”? “Nigger” communicated that you were comparing the name “Redskins” with the epithet “nigger.” That was the RIGHT thing (well, that was a dumb argument but you communicated it the right way), you pathetic, groveling old yutz. And if you believe in “equal rights for humans,” then students’ fatuous argument that you don’t get to use words Dave Chappelle can because  of your skin color should have prompted you to take a stand, not crumple up like wet piece of newspaper. It should have prompted you to teach, dammit.

Now Simpson is planning additional bias training, perhaps involving a cage with a hungry rat in it attached to professors’ faces until they scream out their fealty to Big Brother’s word police.

[Here is how I am tempted to  challenge an “N-word” fan if one comes within range. I’ll ask, puzzled, “N-word? What word is that?” “You know,” she’ll say. “I’m afraid I don’t,” I’ll reply. “Nebbish? Nectarine? Nebuchadnezzar? I really don’t know. Just tell me the word you’re alluding to, and I’d be happy to comment. Just say the word. I understand the context, I think, but your refusal to actually say the word you’re referring to has me confused. Isn’t the easiest thing to just say what you mean?” She’ll probably refuse to continue the conversation. If she gives in and says”nigger”, would it b cruel if I scream  out in horror, point at her, and  shout, “How DARE you say that word???”]

17 thoughts on “Now We Know Who Simpson College Is Named For, I Guess.”