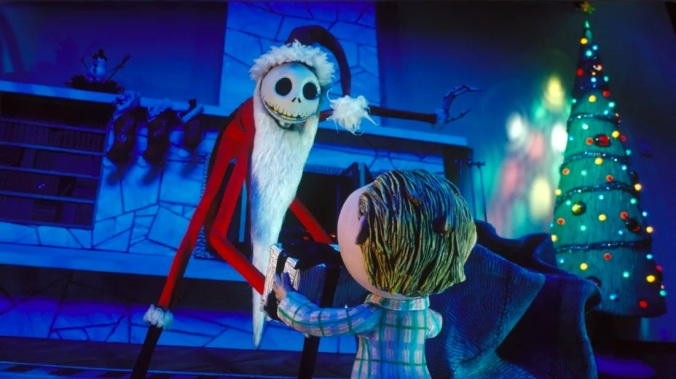 1. “Radical? What radical?” Stanford law professor Pam Karlan, who stood out as a neon beacon highlighting 2019 Democratic Party extremism when she turned her House testimony on impeachment into an unhinged, Trump-hate rant including a cheeap shot at Barron Trump’s name, was apparently too radical for Barack Obama, says Legal Insurrection. He appointed far more moderate Solicitor General Elena Kagan to the Supreme Court, despite Democrats then being in control of both Houses.

“Fast forward to 2019, and this radical Obama SCOTUS reject is a star witness for the Democrat impeachment circus,” the blog notes. “It’s surreal how completely the Democrats have removed themselves from any semblance of rational thought when it comes to their impeachment obsession.”

If we regard the public as the jury and the House Democrats as prosecutors, how can one explain putting such an angry, ugly, biased and partisan fanatic on the metaphorical stand as an “expert witness”? Isn’t that gross incompetence? What’s going on here? In fact, let’s poll it. Who knows, maybe it will draw almost as much interest as the Peloton commercial poll, the second most active in Ethics Alarms history (so far). (But then there were more Google searches on “Peleton” than “impeachment” last week, so we know what American priorities are…)

2. Polls suggest that public opposition to abortion is rising again. Gee, I wonder why?

“Can you believe this?” wrote one on Facebook. “Knights of Columbus Belleville  (all men) organized this absolutely shameful act ….and also posted it on their facebook page.” Erecting a the memorial is shameful. Got it.

Well, they were just warts and parasites, so she has a point.

The National Post reported that the coordinator of a protest over the memorial stone, Elissa Robertson, accused the Catholic charity of “attacking a women’s right to choose,” saying,

“It was designed to shame people. I think it was absolutely uncalled for and that money they put into this anti-abortion monument could have done a lot of good somewhere else. It ties into patriarchal values and this idea that women’s bodies are meant to be controlled by men. It’s a broader issue that ties into violence against women, it ties into health care, it ties into safety.”

If one has no regrets or shame about snuffing out nascent human lives, then how does the monument shame you? The abortion argument is very difficult to win on a factual or ethical basis, but advocates have learned that “How dare you!” and “Shut up!” are very effective.

“I’m very outspoken about the fact that I, similarly to you, feel very passionately about a woman’s right to choose I’m someone who’s had an abortion, and I feel like I need to make sure that we prove it’s not always just emergencies. People have abortions, sometimes a woman just wants her liberty, and we have to normalize that it’s okay just to make that choice for yourself, because your life is as important as a newborn life that doesn’t even exist yet.”

Wait, if it’s not living, then why do you have to kill it? Is it really a fair  to compare your avoiding an inconvenient responsibility or life disruption with another human being losing its life? Challenged on this, the actress responded on social media, “I SAID WHAT I FUCKING SAID and you’re clueless if you think I’m going to take it back. My life is more important to me than an unborn fetus’s one. Suck on THAT!”

Wait: I thought you said no life was involved.

This is the approximate level of thought, sensitivity and ethical analysis we hear from almost all pro-abortion activists. Basic competence and responsibility rules: if you can’t discuss a topic more articulately and thoughtfully than this, leave the issue to others. Here’s another one of Jamil’s clever arguments:

Or better yet, why not just kill them too?

3.  Hey, no big deal. It’s just pro football. The National Football League announced last week that Arizona Cardinals cornerback Josh Shaw has been suspended indefinitely for betting on NFL games. “Indefinitely” means at least through next season.Not only had Shaw bet on NFL games, but he actually bet on his own team’s games, as well.

In baseball gambling on games guarantees a life-time ban, which is as it should be.

“Forget it, Jack: it’s NFLtown.” Boy, this is an unethical sport!

4.  And Russia is an unethical country…From the New York Times:

Russia’s flouting of antidoping rules is so severe that the country should be barred from global sporting events, including the Olympics, for four years, according to a recommendation sent to the world’s top antidoping regulator. The proposed punishment, made public on Monday, comes after Russia received serious penalties, and widespread scorn, for flagrantly circumventing rules designed to ensure fairness in sports. If the recommendation, which was sent to the regulator, the World Anti-Doping Agency, by one of its key committees, is approved by the organization’s board next month, Russian athletes and teams would be barred from next year’s Tokyo Olympics and from major events like soccer’s World Cup and the world championships for archery, wrestling and other sports.

There is no reason to believe that even the most severe punishment will change anything. If past is any indication (and it usually is), Russia will react by working hard to find new and better ways to cheat. This is a culture that has been inculcated in cheating corruption, and a disregard for ethics for centuries, and Communism (as well as socialism) breeds contempt for ethics, especially honesty and fairness, along with a strong “the ends justify the means” attitude. The ethical pollution that Communism wrought has poisoned many cultures and nation, with Russia and China, not surprisingly, the most deeply infected. Sports merely reflects those cultures.

They are very hard, if not impossible, to change.