1. And speaking of Martin Scorcese movies, since Jerry Vale is alluded to in several of them…”The Irishman” has been viewed on Netflix by many of my showbiz friends, and most, while complaining about the film’s length, have declared the performances “brilliant.” This reaction, is, I think, bias at work, the so-called “halo effect.” It’s the same phenomenon I witnessed in the D.C. theater community, where certain actors, directors and big theater companies were routinely called “brilliant” in their efforts, when in truth, the exact same product presented by artists with lesser reputations would be shrugged off or ignored.

The three veteran stars of “The Irishman” are being praised by critics across the board, but in truth, with the exception of Al Pacino, they seem weary and channeling earlier, better performances. This is especially true of Joe Pesci, who shows none of the energy we associate with his best performances, and the script requires him to run the gamut of emotions, as the old joke goes, from A to C. He’s as old as Joe Biden, and looks and acts every inch of it, though his character is supposed to be younger. Scorcese has used tech wizardry to give De Niro a younger face when necessary, but it still sits on top of his  80-year-old body. and there is nothing in De Niro’s act that we haven’t seen over and over again (though not so much lately, as Bob has been collecting checks for bad movies in which he appeared to be “phoning it in”).

Pacino, as Jimmy Hoffa, is lots of fun as usual, but he doesn’t appear to be trying to be convincing as the mysteriously disappeared labor boss, who was 62 with he vanished. Pacino is 79. How could anyone call Pacino “brilliant” as Hoffa? Jack Nicholson was far more convincing in the film “Hoffa,” and Pacino isn’t significantly different than he was playing a Hollywood agent in “Once Upon A Time In America.”

It must be nice to reach that stage as an actor when you get paid big checks just to show up, like Marlon Brando in “Superman.” Especially if everyone is going to say you were brilliant.

2.  And now for something completely stupid. This is remarkable in the dual category of incompetence in one’s chosen pursuit (theft) and unforgivable ignorance regarding social media.  Arlando Henderson, 29, who worked for a bank  in Charlotte, North Carolina, stole money from his employer’s vault at least 18 times, for a grand total of $88,000.  He was apprehended and arrested after posting about his robbery hobby on Facebook, including posts showing his new Mercedes-Benz, and this one… 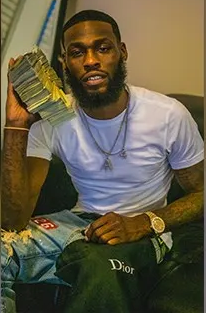 You know, if someone is this stupid, ethics alarms hardly matter…

3. Surely we are missing some crucial information here...The New York Giants, in the midst of a horrible season, fired veteran cornerback Janoris Jenkins last week. Why? He was engaged in an argument with a fan on social media who objected to Jenkins posting  his personal stats after a game that his team lost, and wrote,

Jenkins apologized in a second tweet, saying, “My apology for the word I used earlier…really didn’t mean no ‘HARM.'” No good: he was still released. The Giants coach confirmed that the player’s use of the “R-word” was the reason for his dismissal. “Obviously, what happened this week, and the refusal to acknowledge the inappropriate and offensive language, was the determining factor,” head coach Pat Shurmur said.

Do the Giants, which is a majority black team like most NFL teams, not allow hip-hop and rap music in the clubhouse. along with its routine ugly language? When did Cotton Mather get responsibility for creating the list of word taboos for NFL teams? Retard? This non-obscene, non-sexual, non-profane word is considered so vile that a pro football player using it once on social media is deemed to have committed a firing offense? In the context the word was used, “retard” meant no more than “idiot,” “imbecile, ” “moron” or “cretin.” Would those words also have been considered too strong for use by someone who is paid to give human beings CTE?  By all means, let’s have a list of insults that are too mean to use in an argument for an employee in this most genteel of occupations. How about pinhead, spastic, dipstick, wanker, dick-head, fuck-face, jerk-wad, or village idiot? All firing offenses?

I don’t believe it. I think the Giants were virtue signaling while making up a reason for firing a player they wanted to release anyway. If so, the team’s rottenness extends beyond the football field.

4. Putting it all  in proper ethics perspective… CBS covered only 33.4% of the Senate Judiciary Committee hearing featuring Department of Justice Inspector General Michael Horowitz on his report on the Russia probe, but covered 100% of the non-substantive Trump smearing exercise that was the the House impeachment hearings. I suppose the Big Eye could argue that the Senate hearing was just about a scandal while the House coup effort is a scandal—I’d agree with that—but we know that wasn’t its motivation. Count on ethical and objective investigative journalist Glenn Greenwald to cut through the media’s spin (and the “resistance’s” ‘How DARE the President impugn our noble intelligence agencies!‘) and put Horowitz’s report in proper perspective.

He wrote, in “The Inspector General’s Report on 2016 FBI Spying Reveals a Scandal of Historic Magnitude: Not Only for the FBI but Also the U.S. Media”:

[O]ver the last three years, the strategy of Democrats and liberals – particularly their cable outlets and news sites – has been to venerate and elevate security state agents as the noble truth-tellers of U.S. democracy. Once-reviled-by-liberal sites such as Lawfare – composed of little more than pro-NSA and pro-FBI apparatchiks – gained mainstream visibility for the first time on the strength of a whole new group of liberals who decided that the salvation of U.S. democracy lies not with the political process but with the dark arts of the NSA, the FBI and the CIA.

Sites like Lawfare – led by Comey-friend Benjamin Wittes and ex-NSA lawyer Susan Hennessey – became Twitter and cable news stars and used their platform to resuscitate what had been a long-discredited lie: namely, that the FISA process is highly rigorous and that the potential for abuse is very low. Liberals, eager to believe that the security state agencies opposed to Trump should be trusted despite their decades of violent lawlessness and systemic lying, came to believe in the sanctity of the NSA and the FISA process.

The IG Report obliterates that carefully cultivated delusion. It lays bare what a sham the whole FISA process is, how easy it is for the NSA and the FBI to obtain from the FISA court whatever authorization it wants to spy on any Americans they want regardless of how flimsy is the justification. The ACLU and other civil libertarians had spent years finally getting people to realize this truth, but it was wiped out by the Trump-era veneration of these security state agencies.

In an excellent article on the fallout from the IG Report, the New York Times’ Charlie Savage, long one of the leading journalistic experts on these debates, makes clear how devastating these revelations are to this concocted narrative designed to lead Americans to trust the FBI and NSA’s eavesdropping authorities…

Personal note to Charles Green, my friend and the liberal commenter here who stomped out of the blog accusing me of “drinking the Kool Aid” on this exact issue: You owe me an apology, Charlie.

5. Let’s hope this makes Barack Obama really embarrassed about his Nobel Peace Prize. Ok, it’s schadenfreude, I admit it. Daw Aung San Suu Kyi, the Myanmar leader who won the Nobel Peace Prize in 1991, appeared last week before the International Court of Justice and denied accusations that her government had committed genocide against the Rohingy, a minority population in the country.  Also last week, the 2019 winner, Prime Minister Abiy Ahmed of Ethiopia, faced accusations of a brutal crackdown on political protests, that caused him to skip a news conference after his Peace Prize acceptance speech.

The Nobel Peace Prize had made some spectacular mistakes in the past–Henry Kissenger? Yassir Arafat?–as well as some blatantly silly and political ones, like Al Gore and Obama, but its recent track record has finally rendered the over-hyped honor as a joke. No integrity, incompetent, irresponsible. The next recipient, if deserving, should throw it back.