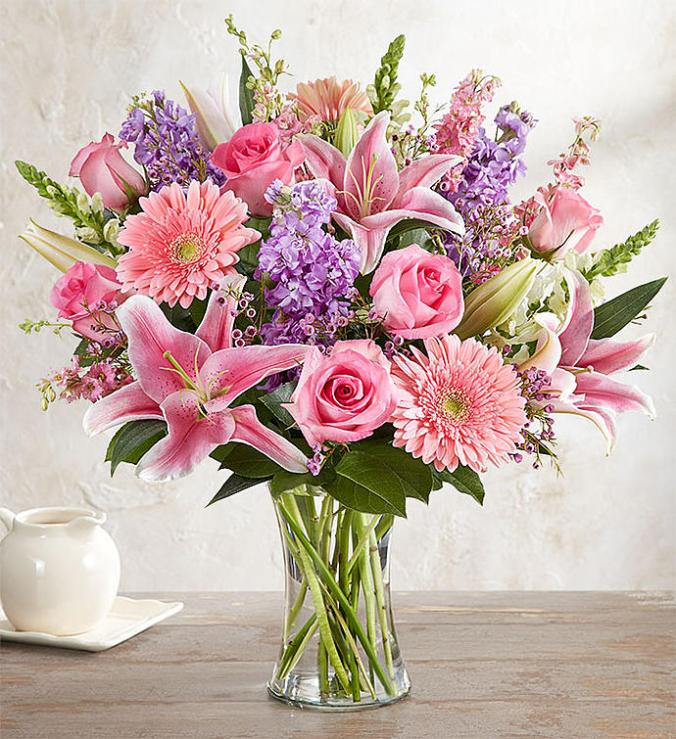 The good news: Other Bill’s get well bouquet (above) from the Commentariat to the fallen “Mrs. Ethics Alarms” is still thriving!

1. Humbly grateful...for all the gracious notes of forgiveness for the “Unethical Quote Of The Century” fiasco, explicated here in the early morning hours. Imagine: with all the hysterical, dishonest, apocalyptic declarations flying around the airwaves, news media and  web, I managed to write about one that was never said.

2. Ann Althouse on “rigged.” The politically neutral bloggress gave me a much needed laugh with this: Responding to the Washington Post’s Dana Milbank’s unhingery in “The Senate impeachment trial was rigged!,” Ann wrote,

Bingo. Do all the people screaming about the decision not to allow witnesses remember that the Clinton impeachment trial has no  witnesses, and neither Republican nor Democrats complained?  The ones who do are hypocrites, the ones who don’t. most. I think, are inexcusably ignorant. I’m not certain the Democrats really wanted witnesses, since their alleged “bombshell” witness, John Bolton, was not going to testify that he knew the reason Trump was pushing for a Ukrainian investigation was to “rig” the election, and the GOP was going to demand to question Biden and son. as well as the “whistleblower.” I suspect that the Democrats assumed that calling witnesses would be voted down, giving them a theme that Republicans were covering up for Trump. Or maybe not. Nothing about the Plan S impeachment sham makes sense. However, the screaming at the sky over a result that was inevitable and widely known to be so years ago was also inevitable, and, one would think, embarrassing.

3. Speaking of “rigged”… Yesterday, the Democratic National Committee announced a  change in their debate participant requirements for the February 19 candidates debate in Las Vegas, removing the individual donor threshold.  This now allows billionaire Michael Bloomberg to participate assuming he can reach the minimum polling average, which seem inevitable.   Bloomberg has been self-funding his campaign, so it had been impossible for him to meet the previous 225,000 individual donor mandate.

There is nothing wrong with the DNC adjusting its rules as conditions change in order to find its strongest candidate. What eliminated candidates like Cory Booker, Andrew Yang and Kamala Harris was the obvious fact that Democratic voters didn’t want any of them as the nominee. With the debates being semi-useless because of the over-crowded stage, cuts had to be made, and minuscule poll numbers was a good basis for culling the herd. Never mind: the candidates decided to engage in race-baiting against their own party, arguing that the DNC should have changed the rules to ensure more “diversity,” meaning “more blacks.” There was diversity galore in the last debate, other than diversity of viewpoint of course:  two woman, a gay man, a Jew, a Communist, three seniors, two Gen Xers, and a mentally disabled man. Is there any area where the left doesn’t think affirmative action and racial quotas are a justification for loosening qualifications?

Rep. Tulsi Gabbard, in contrast, simply tweeted that Bloomberg has bought the DNC. Of course he has, or at least bought his way into the debate. (So has Steyer, though that didn’t stop him from attacking the DNC rules change.) What, however, is the DNC’s alternative? Bloomberg’s ad blitz has him rising in the polls, simply because few outside of New York knew who he was before. If he’s a factor, he should be required to debate with the others, where, I suspect, most Democrats will find him short, old (not that there’s anything wrong with that) ,  annoying, and carrying more baggage than a U-Haul.

4. And speaking of Tulsi: Gabbard is suing Hillary Clinton for defamation (for calling her a Russian asset). It’s a virtually frivolous suit: false claims in a political context have been routinely rejected as causes for such suits.  Clinton has now twice refused to accept service of the  lawsuit:  The New York Post reports

“[Gabbard’s lawyer] said their process server first attempted to effect service at Clinton’s house in Chappaqua on Tuesday afternoon — but was turned away by Secret Service agents. The agents directed the server to Clinton’s lawyer, David Kendall, who on Wednesday claimed at his Washington, DC, firm, Williams & Connolly, that he was unable to accept service on Clinton’s behalf.”

Here’s the thing. She had her Arkansas law license reinstated last May. But the Arkansas Rules of Professional Conduct state that: “It is professional misconduct for a lawyer to: (a) violate or attempt to violate the rules of professional conduct, knowingly assist or induce another to do so, or do so through the acts of another; (b) commit a criminal act that reflects adversely on the lawyer’s honesty, trustworthiness or fitness as a lawyer in other respects; (c) engage in conduct involving dishonesty, fraud, deceit or misrepresentation; (d) engage in conduct that is prejudicial to the administration of justice; (e) state or imply an ability to influence improperly a government agency or official; or to achieve results by means that violate the Rules of Professional Conduct or other law; or (f) knowingly assist a judge or judicial officer in conduct that is a violation of applicable rules of judicial conduct or other law.”

Seems to me that dodging service of a complaint might violate sections (c) and (d), no?

No. The Rule involved. 8.4, is virtually always applied to lawyers involved in the practice of law. Outside of committing an actual crime, which avoiding process as described isn’t, no bar is likely to likely to use 8.4 to sanction a non-practicing lawyer like Clinton

5. A Nation of Assholes Update. If you want to blame Trump for this, I won’t stop you.

Congresswoman Tlaib of “The Squad,” and “impeach the motherfucker” fame is under fire for another example of gutter level incivility previously unseen in a House member.

Rep. Tlaib was sitting on the stage along with fellow Squad member  Ilhan Omar. They are both Sanders supporters, since they disapprove of Capitalism and the U.S. version of democracy.

“No, no, I’ll boo! Booooooo!!!!” the distingushed Congresswoan from Michigan countered. “No, we’re gonna boo. That’s alright. The haters will shut up on Monday when we win,” referring to the primary election in Iowa.

Thus bringing the standards of public discourse down another few notches….

I’ve been wanting to poll this for a long time…

And this poll, from this post, is still accepting responses…