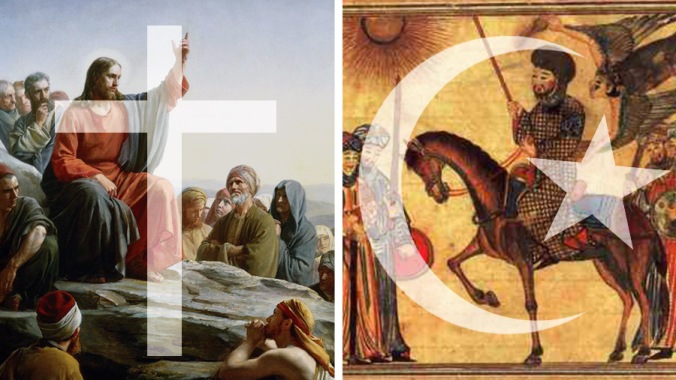 In this concise but rich Comment of the Day, Isaac takes on the challenge of re-writing the wildly inadequate and unconvincing apology offered by the Catholic priest who was pressured to recant his negative comments about Islam in a Sunday service.

My homily on immigration contained words that were hurtful to Muslims. I’m sorry for this. I realize now that my comments were not fully reflective of the Catholic Church’s teaching on Islam.

Here is Isaac’s alternative, his Comment of the Day on the post, “Now THIS Is A Level 8 Apology!”…

Let’s see if I can re-write it for him.

“My homily on immigration contained some words that were hurtful to Muslims. That’s unfortunate, because it was all very true and reasonable. I don’t mean to cause pain, but if words and ideas are painful to you, then the issue is you. You must learn to get over yourself and face hard truths, or else be willing to engage in a friendly debate if you disagree.

As I say this, hundreds of Christian girls in Pakistan are being shipped off to China by Muslim traffickers to be child brides. Palestinians are rejecting, for the sixth time, an offer of their own state, because they refuse to live peacefully near Jews. If we’re going to invite a limited number of refugees into the United States, it should be people who are victims of oppression, not perpetrators. It should be people who long for our way of life, not the ones who detest everything about it. Islam, as taught in its authoritative sources, is not compatible with the values of the United States Constitution.

I realize now that my comments are not reflective of the teaching of the Catholic Church on Islam. Eh, they should be.”