A. Let this be a reminder that the social media giants will try to place their fists on the scale this election cycle.

The political spot above, a creation of the Republican group America Rising, was flagged by Twitter, which warned users that   “The following media includes potentially sensitive content.”

What’s the sensitive content? The video is overwhelmingly constructed of news clips and recorded quotes from political figures, including the President, that were broadcast nationwide.   It appears that Twitter considers pro-Trump, Republican, conservative advocacy, even of a res ipsa loquitur variety, inherently offensive to its audience. That may well be true, but the Russian attempts to manipulate what voters see and here in the 2016 campaign will be  dwarfed by the domestic efforts by the social media platforms and search engines—all for the greater good, of course.

B. Nah, there’s no mainstream media bias! Go ahead, enablers and deniers, rationalize  this one.

On MSNBC, “Deadline: White House” host Nicolle Wallace came right out and declared President Trump to be the “enemy.” In days of yore, when news departments were more dedicated to keeping up the facade of objectivity, a rant like Wallace’s might have had her dragged out of the studio by security while the screen suddenly went to this… 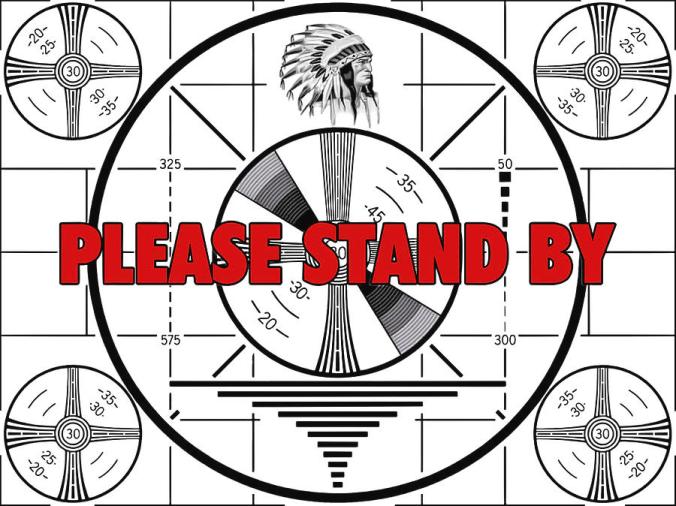 Today, such a naked declaration of hate and bias is shrugged off by MSNBC and CNN as business as usual, nothing to see here.

Wallace was upset about Democrats criticizing Mike Bloomberg for trying to buy the nomination, and exploded,

The enemy is the guy in the Oval Office who thinks there are good people on both sides in Charlottesville. The enemy is the guy in the Oval Office who just got a permission slip to cheat in presidential elections. The enemy is a guy who calls his generals dopes and losers who he didn’t want to go into battle with. I am nauseous when I see Democrats fight amongst themselves. I know that Republicans get no say — I’ve said I’ll vote — if you pick an automobile, I will vote for it. I feel so wary when I see these really, really intense fights around someone trying to help y’all win… Can I tell you what Republicans would do? A Republican would take Mike’s money and say, “Help me kill Trump.”

(Wallace isn’t a real Republican, but she plays one on TV.)

Brian Williams, the once respectable journalist exiled to MSNBC because it has sch lenient ethical standards, had enough vestiges of his professionalism to show his discomfort.

8 thoughts on “It’s A Super-Political Day, With Iowa, The STU, And The Impeachment Wrapping Up, So I Will Forgive Myself For Yet Another Politics-Related Post…”