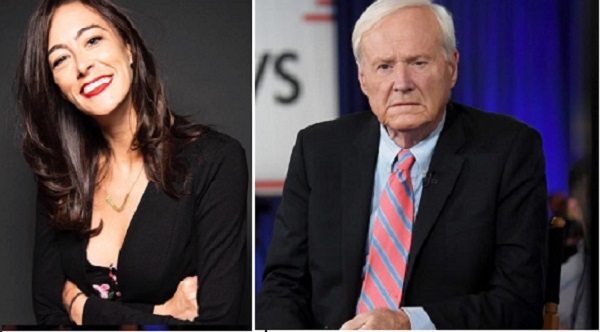 Oh, I’m sure these are unrelated occurrences, just like it was a coincidence that a progressive college professor suddenly sort-of remembered a school days attempted sexual assault by teenaged Brett Kavanaugh just in time to accuse him  during his Supreme Court nomination confirmation hearings. You’re sure too, aren’t you? No progressive would be so vicious as to try to weaponize #MeToo to “cancel” an MSNBC pundit for pointing out that Bernie Sanders sounds like a crypto-Communist, right? Come on. How ruthless do you think these people are?

Hot on the heels of Chris Matthews reminding young, naive and ignorant MSNBC viewers who don’t know Khrushchev from Orange Crush that the Cold War was fought with people who have the same world view as Bernie Sanders, even comparing Bernie’s rise to the Nazis marching into Paris (THAT was a bit excessive, but Chris apologized), a progressive journalist suddenly decides that Chris’s long ago flirtatious bantering with her was, come to think of it,  really unwelcome, especially coming from someone who doesn’t trust Bernie.Writing in GQ, progressive journalist Laura Bassett described a 2016 encounter with Matthews while sitting in a makeup chair to appear on “Hardball,” the program he has anchored for many years. She writes: “Matthews looked over at me in the makeup chair next to him and said, ‘Why haven’t I fallen in love with you yet?’ When I laughed nervously and said nothing, he followed up to the makeup artist. ‘Keep putting makeup on her, I’ll fall in love with her.’”

Why didn’t she indignantly report Chis at the time? Bassett says now that she was afraid of retaliation, but her fears magically evaporated once a fellow leftist and Presidential hopeful was being attacked. That could be true, though I suspect it was because Chris was old at the time (he was 70 then, which is around when I met him at an airport, and without make-up he looks like the Cryptkeeper’s grandfather), she took the teeny-weeny dirty old man banter as the generationally clueless compliment it was intended to be, and she wasn’t offended.  I also think this is the more likely scenario because what Chris said was so low on the sexual harassment scale as to be de minimus, except to Man-hating #Me Too zealots.

Now, however, when it serves the Cause, or “The Revolution,” or the “Let’s teach old farts like Chris Matthews that he opposes our March To A Glorious Socialist Paradise” strategy, or whatever, Bassett decides it is to her advantage to decide four years later that she WAS offended, and Chris’s comments were unwelcome, and thus he is a proven #MeToo villain.

Yeah, I’m not just suspicious, I’m ticked off. Talk about retaliation: an NPR host for whom I had graciously provided free content for her show for more than five years basically blacklisted me for telling her audience that this is how sexual harassment accusations often develop. A woman does not feel harassed at the time of the episode, but much later, when the man involved becomes a political target or a controversial public figure, she retroactively decides a comment, a pat or a kiss was “unwelcome,” and #MeToo is unleashed. This is not what my feminist, anti-Trump hostess wanted to hear, and she allowed her law professor pal to rudely cut me off  (“Oh come ON!”, Georgetown Law prof Paul Butler exclaimed, and I swear on my degree, if I ever run into him, he will hear about it.  Later she accused me of defending the notorious pussy-grabber-in-chief,  when what I was doing was accurately explicating  a serious problem with the subjective standards of sexual harassment law.

Well, I was right and am right, and she was unfair and unprofessional. Chris Matthews is probably one more example of the phenomenon I correctly described.

If you want, Chris, I’d be happy to explain this to your audience too.

18 thoughts on “What A Coincidence! Chris Matthews Breaks Ranks With The Far Left, And Now He’s Accused of Sexual Harassment!”