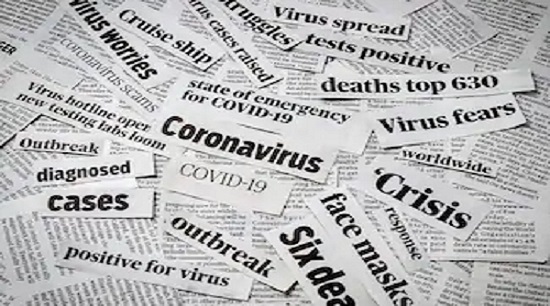 “This” being that almost every single news item and media article related in some way to a single topic, the war then, the pandemic today. That’s one reason President Roosevelt asked major League Baseball to keep playing on, despite the fact that most of the game’s stars had enlisted or were about to,  leaving the teams to field old players, players who came out of retirement, minor leaguers, and such curiosities as Pete Gray, the one-armed outfielder.

Wait: the baseball season was supposed to start two days ago, and is postponed at least until May. In that regard, at least, this is worse than World War II…

1. Speaking of baseball: Red Sox ethics! Major League Baseball approved a pool of 30 million dollars (That’s $1 million per club) to compensate ballpark employees during the enforced suspension of games. That left out the employees of subcontractors like Aramark, the company that supplies Fenway Park with food services, among other things. The Sox announced that it would add a half-million dollars to the $1 million for Aramark, a move that is expected to shame the other 29 clubs into similar moves.

2. You wonder why America’s children are growing up to be Marxists? Well, this doesn’t help: The following articles appeared this week in Teen Vogue:

3. From the front page of the Boston Herald:

I’m not going to track down the article; it would just ruin the wonderful picture in my head.

4. All right, but at least they didn’t lick any trains...From Politico:

The federal health department kept its own fitness center open even as the coronavirus outbreak raged and private gyms shuttered their doors.Staff at the Health and Human Services department received an email on Wednesday afternoon, which was shared with POLITICO, reminding them that “the HHS fitness center remains open.”….But by 3:30 p.m. on Thursday — after POLITICO had submitted questions to the health department — calls to the fitness center were answered by a recorded message that “we are closed until further notice.” An HHS spokesperson confirmed that the gym is closed. The HHS fitness center stayed open even as gyms around the country temporarily closed after the White House last week warned against gatherings of more than 10 people and called for Americans to self-isolate. Meanwhile, White House coronavirus coordinator Deborah Birx and other top health officials have warned that the coronavirus is likely being spread through traces of the virus left on commonly used surfaces, like subway poles, and have urged Americans to take caution when using shared spaces.

The U.S. Senate closed its gym a week ago, but some senators reportedly accessed it by keypad. Sen. Rand Paul (R-Kentucky) used it Sunday morning before receiving a positive test result for coronavirus, prompting Sen. Krysten Sinema (D-Ariz.) to tweet on Monday that her colleagues were “absolutely irresponsible.”

This is KABOOM!-worthy, except dead government ethics alarms no longer are capable of making my head explode.

5. I’ll use my KABOOM! for this…In an article for CNN,  Tim Breene, the CEO of something called World Relief, complains bitterly that the stimulus package that will see most Americans getting checks from the government ( as the national debt is pushed further into the red zone) to help them (a little) during the pandemic paralysis of the economy will not include—oh, guess. Can you guess?

It won’t include illegal immigrants. How cruel! He writes,

Undocumented immigrants — who are contributing taxes yet are generally ineligible for social safety net programs, such as food stamps, subsidized housing or Medicaid — are among those most at risk of hunger or eviction from their homes in the current crisis. Given that many lack medical insurance, they are also least likely to seek and receive health care if they contract COVID-19. Roughly 5 million US-born children of undocumented immigrants will also bear the weight of these impacts.
I’m not dismissing the reality that these immigrants have violated US immigration law, either by entering the country unlawfully or overstaying a temporary visa. Like other evangelical leaders at World Relief, I have opposed calls for amnesty, arguing instead for a restitution-based immigration reform, that establishes a process by which undocumented immigrants could get right with the law if they pay a penalty for their violation of law. Were Congress to take up such reforms, our experience at World Relief providing legal services to tens of thousands of undocumented immigrants suggests most would be eager to pay such a fine and make amends. But in the midst of this crisis, congressional action on immigration reform is not likely to happen quickly.
What can happen is that Congress can acknowledge that these undocumented immigrants have complied with IRS requirements to file and pay their taxes utilizing an ITIN. We should be fair to these American taxpayers, among the most vulnerable at all times but more so now. Congress should move quickly to send stimulus checks — and send them, in particular, to these uniquely vulnerable taxpayers.

Do you see the switch here? This is a straw man argument, suddenly converting what is intended as emergency aid to citizens to aid for “taxpayers.” In fact, most of those receiving the checks will have paid no money to the IRS at all. Illegal immigrants are not citizens and they are not Americans. They already cost taxpayers too much, but quite apart from that, law-abiding citizens come first, and the penalties for breaking our laws by coming here must be persistent and predictable.

6. Finally…Can anyone give me an explanation other than  stunning and shameless media bias for the almost total embargo on reporting the allegations of Joe Biden’s accuser? Anyone?

I’ll need to write a whole post on this, but I can’t avoid the feeling that there has to be a better reason than “The news media is completely in the bag for the Democrats, and not even hiding it.” Is there? When Herman Cain, a conservative black Republican, was running for President, numerous anonymous accusations of sexual harassment were reported by the news media, driving him out of the race. During the Kavanaugh hearings, several accusers even less credible than Dr. Blasey-Ford crawled out from under of various rocks and were immediately treated as “scoops.” Former Senator Al Franken’s accusers were accorded similar immediate weight.

Yet when the presumptive nominee to run for President against President Trump is accused of egregious sexual assault—we’re not just talking about a stolen kiss or an unconsented to hug—after #MeToo and the Harvey Weinstein scandal supposedly made the media painfully sensitive to the abuses and alleged abuses of powerful men, despite the fact of his 2018 statement that “all women should be believed,” and the fact that the candidate involved has the largest file of incriminating public sexual harassment photographs of any politician in memory, the media mainstream media ignores the story entirely?