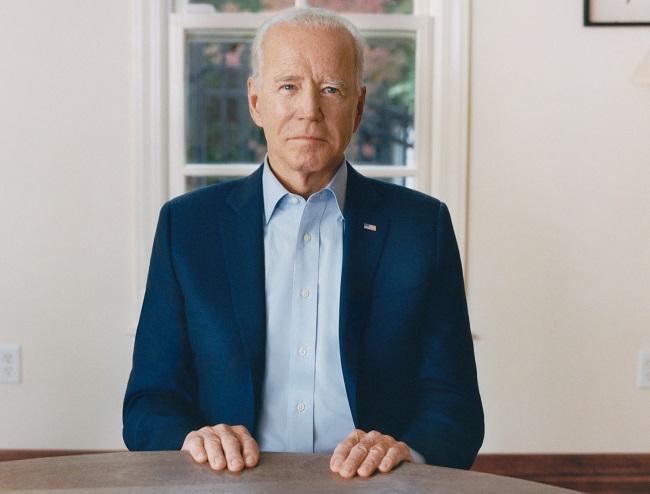 This would be an early song from the obscure, unfinished and strangely prescient Rodgers and Stephen King  musical, “The Sound of Panic,” the draft manuscript of which was recently discovered in a Maine landfill.  The Democratic nomination process is slipping into ethics train wreck territory, if it isn’t there already. But it’s an astounding story. It would make a great musical, but one more like “Sweeney Todd” than “The Sound of Music.”

When I first set eyes on Joe Biden after a couple of years, when he emerged in 2015 to run for the Democratic nomination, I was shocked at how old and enervated he appeared. When I heard him speak, I realized that he was slipping from his barely tolerable career-long muddle-headedness into senility or dementia. Reaching this conclusion required no special perception on my part; it merely required an absence of denial. I could not believe, and wrote as much here, that Biden could ever be the Democratic nominee. No matter how unpromising the field of candidates was—and it was historically awful—voters couldn’t possibly vote for “Slow Joe,” as our perpetually juvenile POTUS cruelly dubbed him.

Yet here we are. Biden, having been the beneficiary of the besieged “moderates” of the now thoroughly radicalized Democratic Party coalescing behind a single representative as its best chance to defeat President Trump (essentially the Democrats have become the “Hate Trump Party,” quickly pivoting its position on anything to the opposite of whatever he advocates or does) is now broadcasting from a bunker somewhere during the Wuhan virus emergency, reminding everyone sentient of the carnage to come in November after Biden quadruples the number of doomsday gaffes in all of US Presidential debate history.

Think about it: a single moment of brain lock sunk Gerald Ford in 1976, when he inexplicably said that Poland wasn’t an Iron Curtain country. Then, in 1980, Jimmy Carter caused America to doubt his seriousness and honesty when he cited his daughter Amy, then 9, as an expert on nuclear armaments while debating Ronald Reagan. How do Democrats think the public will respond when Biden suddenly starts reciting a recipe for Rice Krispie Squares in response to a question about immigration? Even Trump Hate has its limits for those not in the late stages of the disease. Admittedly, the number of those is staggering, with total U.S. cases exceeding cases of the Wuhan Virus in China even if China wasn’t faking its numbers.

Fox pundit Tucker Carlson has gone of record as guaranteeing that Biden will not be the nominee, though he cannot explain how that might happen. It is inconceivable that Biden would voluntarily withdraw  now after he is finally so close to achieving the goal that eluded him for so long (because even Democrats realized that he wasn’t Presiential material). If Democrats do what I advised the Republican Party to do in 2016, conclude that the candidate with most of the delegates was nonetheless unqualified and too dangerous to present to the public as an option to elect President, only chaos and division can follow. Bernie Sanders will, reasonably, demand to be the nominee, and the sad shell of Biden was propped up by the party for so long specifically to prevent that possibility. The result of choosing someone else—Governer Cuomo is the new hotness, but he hasn’t even said that he’s interested in running, or, God help us (and them) Hillary—will be a divided party and the one thing all of this blundering was launched to prevent, the re-election of Donald Trump.

Carlson has condemned Biden’s family for allowing him to run, thus putting his sad and frightening decline on public display. Tucker’s right: this was unethical in many ways. But again: here we are.

Biden’s video messages have been an unalloyed disaster, so he is now he is trying a podcast.  It isn’t live, so there is an opportunity for an editor to try to make Joe coherent, but that would take a ventriloquist at this point. Blessed Ann Althouse checked the transcript of the the first one so I don’t have to (Thanks, Ann!) and found…

“So I wanted to have this conversation with you now if we could, why am I doing this? Well, first so we can keep talking with each other or we can’t hold rallies anymore, but we’re not gathering in large public spaces…. And a, the second reason is I think this podcast could offer some really helpful information. I’ve seen these kinds of crises before and uh, and I’ve sat in the situation room in the oval office and we’ve grappled three crises from Daniel outbreak to the Iran nuclear deal to the auto industry rescue. And, uh, during that time I’ve been able to work with some pretty accomplished experts, women and men who have steered us through epidemics and demic…. [T]he young people who think they don’t have to worry about social dissonance distancing I should say. You know, do it for older people in your life…. You know, I have overwhelming faith in the American people when the American people have never, ever, ever, ever, ever let their country down when faced with a challenge. Never. And they’re smart. I am so darn proud. It sounds corny to be an American. How, look how we’re pulling together…. And, uh, you know, my heart goes out to all those folks who have lost somebody or have someone in the hospital who’s suffering. It just, it’s an enormous, enormous burden. And, uh, but, uh, we’re thinking about you. I really mean it and I, all Americans are pulling together, so we’re going to get through this… And, uh, in the meantime, everybody stay healthy, stay safe, and, uh, I’ll be talking to you regularly. Thank you so much.”

I went back to the website to see if they’d edited the transcript. And the transcript is gone! It was embarrassing. But they could have employed an editor… unless the raw audio itself is embarrassing. I know I didn’t listen. Who will listen to a podcast of Biden talking? I don’t see how Biden can win any new votes with this podcast.

At least with a transcript, we can search for interesting things to pass on in social media, but Biden’s people have got to worry that his antagonists will look for the worst thing he said and use it to stir up contempt for their man. You know, like the mainstream media do to Trump every damned day.

“How did they let this mess get out of hand?”

14 thoughts on “Everybody SING! “How Do You Treat A Problem Like Joe Biden?””