Two days ago, Law and Crime, usually a partisan website on the Democratic side, posted the detailed allegation of Eva Murry, a 26-year-old woman who is engaged and has two children. The site treated it as a major scoop (“A woman says she was sexually harassed by presumptive Democratic Party Presidential nominee Joe Biden when she was 14 years old”) and the conservative news media picked up the ball and ran for the metaphorical goal-line. Fox News wrote, “A woman related to a former Republican Senate candidate is accusing former Vice President Joe Biden of sexual harassment…The claim comes as Biden is denying a separate allegation made by former staffer Tara Reade that he sexually assaulted her in 1993.” Further down the food chain—much further— the Trump-boosting blog WS sported the headline, “Report: Another Biden Accuser Comes Forward, Says He Sexually Harassed Her When She Was Only 14-Years-Old,” and began, “Yet another Biden accuser has come forward with a disgusting story of sexual harassment.”

Eva Murry’s account has absolutely no relevance to Tara Reade’s allegations of sexual assault. None. It should not be treated as if it does.

In an earlier post, I listed the three reasons why I am dubious of Reade’s accusation. The first is that she took so long to make her accusation public, a problem she shares with Dr. Blasey Ford and Anita Hill, among others. Second, the accusation looks and feels like a politically-motivated attack, another feature redolent of Hill and Ford. Third, such accusations are always suspect when they are alone.

It’s still alone. Murry’s story is the kind of “this guy is a creep” tale that came from all sides at Donald Trump during the Presidential campaign. We know Biden is a creep, or should; it doesn’t provide any reason to believe he is capable of sexual assault no matter how hard his adversaries try to spin it.

Murry told Law&Crime that the incident occurred at the First State Gridiron Dinner & Show in 2008, a long-running roast of and party for politicians, journalists and prominent business figures held each year in Delaware. “I remember walking into the lobby and being in awe of all the people in such fancy clothes,” Murry said .“Our two parties of people gravitated towards each other and everyone started saying their hellos. When it was Biden and my aunt’s turn to say hello he quickly turned to me and asked how old I was. I replied with my age and he replied with the comment ‘Fourteen? You’re very well endowed for 14!’ I was confused but it was definitely weird; he looked me up and down and hovered his eyes on my chest so I had some clue [about] the notion of his comment but didn’t fully understand at the time. We quickly separated from his area after the encounter.”

Law&Crime interviewed Murry, her sister, and Murry’s friends. The sister and several people confirmed that Murry had talked about the the alleged incident more or less immediately after it happened. Four other friends of Murry’s said they were told about the incident, with the same details, between two and three years after it originally occurred.

Murry, a lifelong Democrat she says, insists that her motivation in coming forward is to let the public know “what kind of a man Biden is,” adding. “No man or woman should get away with acting that way and that is what this boils down to.”

The problem is that it doesn’t boil down to sexual assault, or workplace conduct against an employee, or actionable sexual harassment. In the United States, men and women can and do get away with acting “that way,” which is, as she described it, inappropriately, creepy, offensive, rude and demonstrative of an attitude that belongs in the 19th century. Nevertheless, what Murry described is not a crime, wouldn’t be prosecuted, and even in a workplace, where this wasn’t, would garner a warning at most. In fact, it’s constitutionally protected speech. The incident is consistent with Biden’s well-documented habit of behaving as if girls and women were placed on this earth for his personal admiration and amusement…

…but even in light of this, it doesn’t prove he’s a sexual predator.

If by not getting away with acting that way Murry means that Biden should have been confronted by an adult who got in Biden’s face saying, “How dare you talk to a child that way, you disgusting perv? Apologize right now and cut that crap out, or I’m going to the press,” I agree wholeheartedly. If she thinks such conduct should be made illegal, then I believe her friends who say she’s a Democrat.  Creepy compliments are not crimes, and neither is inappropriate ogling. Americans have the right to be creeps within limits, and many, including Biden and our current President, take excessive advantage of the right. That, however, is a separate ethics issue.

I remember talking about him wanting me to serve drinks because he liked my legs and thought I was pretty and it made me uncomfortable,” Reade said in an interview Friday with The Associated Press. “I know that I was too scared to write about the sexual assault.” Reade told the AP twice that she did not use the phrase “sexual harassment” in filing the complaint, but at other points in the interview said that was the behavior she believed she was describing. She said: “I talked about sexual harassment, retaliation. The main word I used – and I know I didn’t use sexual harassment — I used ‘uncomfortable.’ And I remember ‘retaliation.’”

This photo appears to be more current, as well as less evocative of “My Living Doll.” 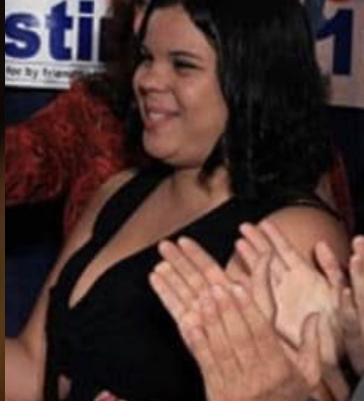 Using the first one reminds me of the media’s fondness for photos of Trayvon Martin that made him look 12.

UPDATE: The Washington Examiner and others now report that J. Brian Murphy, who was the vice president of the event where this encounter supposedly occurred, Delaware’s First State Gridiron dinner,, released a statement denying that Biden was in attendance.

“After reviewing my files of the dinner which included attendees and the show itself, I can conclusively say, Senator Biden was not at the dinner,” Murphy said in a letter dated Saturday.

An aide to Biden, written down as “John,” attended the annual dinner in his place, according to a copy of Biden’s personal schedule for May 3, 2008, which was obtained by Fox News. It was also noted that local reports at the time said Biden had a minor surgery the week of the dinner and was not working.

No word yet regarding Murry’s response, if any.