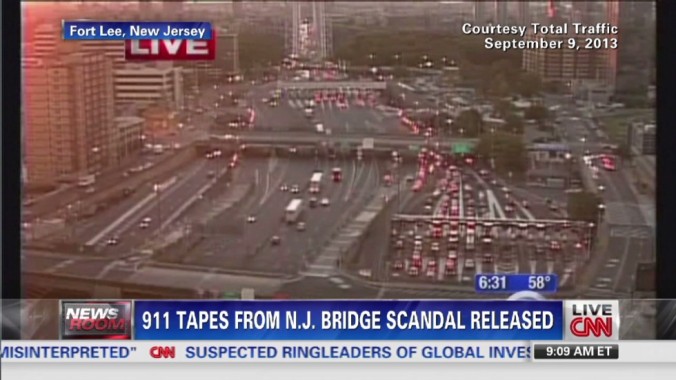 This was a bad day for over-zealous prosecutors.

First, the Justice Department dropped all charges against Michael Flynn in the face of findings of overwhelming prosecutorial misconduct. Then a unanimous U. S. Supreme  reversed the fraud convictions of the two former aides to New Jersey governor Chris Christie for their roles in the “Bridgegate” scandal.

In 2013, Bridget Kelly, once Christie’s deputy chief of staff, and William Baroni of the Port Authority, had collaborated in reassigning traffic lanes on the George Washington Bridge typically reserved for residents of Fort Lee, N.J., to punish the town’s mayor for withholding support of Christie’s reelection bid. Christie ducked responsibility  for the petty stunt that inconvenienced hundreds of commuters, but was never formally implicated.

The Court held, in Kelly v. United States, that the actions of the two did not meet the statutory definition of fraud.

Baroni’s and Kelly’s realignment of the access lanes was an exercise
of regulatory power—a reallocation of the lanes between different
groups of drivers. This Court has already held that a scheme to alter
such a regulatory choice is not one to take the government’s property.
Id., at 23. And while a government’s right to its employees’ time and
labor is a property interest, the prosecution must also show that it is
an “object of the fraud.” Pasquantino v. United States, 544 U. S. 349,
355. Here, the time and labor of the Port Authority employees were
just the implementation costs of the defendants’ scheme to reallocate
the Bridge’s lanes—an incidental (even if foreseen) byproduct of their
regulatory object. Neither defendant sought to obtain the services that
the employees provided.

When a Court routinely criticized as sharply divided along ideological lines agrees across the bench, it demonstrates how egregious the prosecution of Baroni  and Kelly were.

The question presented is whether the defendants committed property fraud. The evidence the jury heard no doubt shows wrongdoing—deception, corruption, abuse of power. But the federal fraud statutes at issue do not criminalize all such conduct. Under settled precedent, the officials could violate those laws only if an object of their dishonesty was to obtain the Port Authority’s money or property…The Government had to show not only that Baroni and Kelly engaged in deception, but that an “object of the[ir] fraud [was] ‘property.’” Cleveland v. United States, 531 U. S. 12, 26 (2000).1 That requirement, this Court has made clear, prevents these statutes from criminalizing all acts of dishonesty by state and local officials. Some decades ago, courts of appeals often construed the federal fraud laws to “proscribe[] schemes to defraud citizens of their intangible rights to honest and impartial government.” McNally, 483 U. S., at 355. This Court declined to go along. The fraud statutes, we held in McNally, were “limited in scope to the protection of property rights.” Id., at 360. They did not authorize federal prosecutors to “set[] standards of disclosure and good government for local and state officials.”

…The upshot is that federal fraud law leaves much public corruption to the States (or their electorates) to rectify… Federal prosecutors may not use property fraud statutes to “set[] standards of disclosure and good government for local and state officials.”  Much of governance involves (as it did here) regulatory choice. If U. S. Attorneys could prosecute as property fraud every lie a state or local official tells in making such a decision, the result would be “a sweeping expansion of federal criminal jurisdiction.” …In effect, the Federal Government could use the criminal law to enforce (its view of ) integrity in broad swaths of state and local policymaking. The property fraud statutes do not countenance that outcome.

…Baroni and Kelly used deception to reduce Fort Lee’s access lanes to the George Washington Bridge—and thereby jeopardized the safety of the town’s residents. But not every corrupt act by state or local officials is a federal crime. Because the scheme here did not aim to obtain money or property, Baroni and Kelly could not have violated the federal-program fraud or wire fraud laws.

We therefore reverse the judgment of the Court of Appeals and remand the case for further proceedings consistent with this opinion.

It is so ordered.

For more than three years, we have watched the Democratic Party and its (one hopes) soon to be prosecuted agents in the Justice Department attempt to criminalize political conduct that it found either repugnant or unethical, or in some cases, inconvenient, wrecking lives and careers along the way.  Laws and principles of laws that have never been applied to previous Presidents were alleged as violations regarding  various actions by Donald Trump, his campaign and his administration; “collusion” and the Emoluments Clause are obvious examples.

Many legal scholars, including Alan Dershowitz and Jonathan Turley, have correctly inveighed against this dangerous trend. The unanimous Supreme Court decision in Kelly nicely explains why it is both unwise, illegal, and wrong.

10 thoughts on “A Unanimous Supreme Court Makes The Crucial Point That Unethical Isn’t Necessarily Illegal, And Shouldn’t Be”