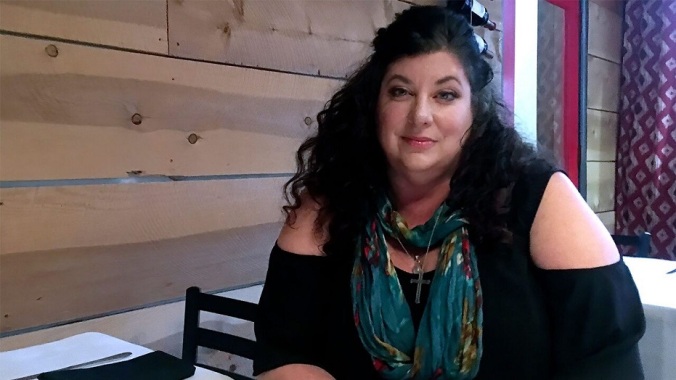 Shut up, Tara, I’m talking about how victims of sexual casualty are being silenced here!

This one was so clear that the New York Times decided to play it straight. Let’s see if the Biden campaign makes them change the headline: DeVos’s Rules Bolster Rights of Students Accused of Sexual Misconduct. It begins:

Education Secretary Betsy DeVos on Wednesday issued final regulations on sexual misconduct in education, delivering colleges and schools firm new rules on how they must deal with one of the biggest issues that have roiled their campuses for decades.

The rules fulfill one of the Trump administration’s major policy goals for Title IX, the 48-year-old federal law that prohibits sex discrimination in programs that receive federal funding, bolstering due-process protections for accused students while relieving schools of some legal liabilities. But Ms. DeVos extended the reach of the law in other ways, establishing dating violence as a sexual misconduct category that must be addressed and mandating supportive measures for alleged victims of assault.

Title IX had become a flash point in recent years after sexual assault cases rocked high-profile universities like Stanford and Duke, and serial sex abuse by staff at the University of Southern California, Michigan State and Ohio State demonstrated how schools had failed to properly investigate complaints. But enforcement of the law has also grown contentious, especially since the Obama administration issued guidance documents in 2011 and 2014 that advised schools to ramp up investigations of misconduct and warned that their failure to do so could bring serious consequences. Critics said schools felt pressured to side with accusers without extending sufficient rights to the accused. And dozens of students have won court cases against their colleges for violating their rights under the Obama-era rules…

The new regulations adopt the Supreme Court’s definition of sexual harassment as “unwelcome conduct that is so severe, pervasive and objectively offensive,” and they require colleges to hold live hearings during which accusers and accused can be cross-examined to challenge their credibility. The rules also limit the complaints that schools are obligated to investigate to only those filed through a formal process and brought to the attention of officials with the authority to take corrective action, not other authority figures like residential advisers.

Exactly. Ethics Alarms has covered many of these episodes, and pointed out the anti-due process aspects of the Education Department’s infamous “Dear Colleague” letter when it was issued. That sop to the militant feminist and anti-male wing of the Democratic Party threatened schools with adverse consequences if those accused of sexual harassment and assault were not presumed guilty, with their reputations and education at risk. The burden of proof was shifted on most campuses, with the accused, rather than the accuser, having the burden of proof.

Here are the key provisions of the new Title IX regulations. [You can find the entire new rule here. Based on the portions I’ve had the time to read (the thing is over 2000 pages) the summary below appears to be fair and accurate. News sources are making the rule   remarkably tough to track down. Why is that?]

Does that sound like an anti-woman, anti-victim rule to you? It is called fairness. It is called due process. It addresses the unethical situation created by the Obama administration that already has ruined many lives, almost all of them male. Yet  that constituency Obama was pandering to reacted with statements completely unconnected to reality.

“We refuse to go back to the days when rape and harassment in schools were ignored and swept under the rug,” said Fatima Goss Graves, the president of the National Women’s Law Center. What??? There is no way any objective observer can read the new rule and conclude that.

Arne Duncan and John B. King Jr., President  Obama’s Secretaries of Education,  enhanced their reputations as political hacks with a joint statement claiming that the rules were “part of an egregiously troubling pattern to continue to rollback civil rights for students, especially those most underserved.”

“We believe, as noted in the 2011 Obama administration guidance, that institutions should hold those who violate Title IX accountable for their actions and protect victims’ rights,” the former secretaries said. “To do otherwise is simply unacceptable.”

Remember, insisting on a process that preserves the rights of the accused is abusing “victims’ rights,” according to these men. Accusers aren’t victims until they have proven that their accusations are true.

This, like so many pronouncements we hear, assumes that a reader will just accept the propaganda without checking the facts.

One of those who apparently did this was Joe Biden. His campaign released a statement-–I guarantee that whoever wrote it has not read what they are condemning— which may lock down unethical quote of the year, and perhaps of the epoch. [Note: I had to search for 15 minutes to find the whole statement, which none of the usual news sources quoted in its entirety. This is unacceptable.]

Survivors deserve to be treated with dignity and respect, and when they step forward they should be heard, not silenced. Today, Betsy DeVos and Donald Trump published a rule that flies in the face of that belief and guarantees that college campuses will be less safe for our nation’s young people.

This rule fundamentally disregards student’s civil rights under Title IX, which has helped pave the way for millions of women to access education. Survivors and advocates have fought to hold schools accountable and give young people truly fair access to education. Today’s rule rolls back the clock and reverses those hard-fought victories.

Our young people deserve better. During the Obama-Biden Administration, I traveled to the University of New Hampshire — a school with one of the best programs to prevent sexual assault in the nation — to announce that colleges would have new guidance and support from our Administration on how best to prevent and respond to campus sexual assault.

With that encouragement — and the It’s On Us campaign that President Obama and I launched — schools took great steps towards leveling the playing field for survivors and accused students. Working with survivors and advocates, we helped to bring this violence out of the shadows and required schools change their practices.

Now, Trump’s Education Department — led by Betsy DeVos — is trying to shame and silence survivors, and take away parents’ peace of mind. It’s wrong. And, it will be put to a quick end in January 2021, because as President, I’ll be right where I always have been throughout my career — on the side of survivors, who deserve to have their voices heard, their claims taken seriously and investigated, and their rights upheld.

The statement is amazing in its brazen dishonesty and disinformation; again, it relies on an anti-Trump mindset and a refusal to read—or inability to comprehend—even a summary of the rule itself. To flag just a few of the whoppers, deceitful statements and logical fallacies:

And so on, until the end. Will anyone “fact-check” this abomination? Of course not

Yet incredibly enough, the flagrant dishonesty and demagoguery is only the second most unethical aspect of Biden’s statement.

The man has been credibly accused of sexual assault himself, and he and his allies, including the news media, are denying that she is a victim or “a survivor,” while refusing to allow her to be heard—no mainstream news media source has interviewed Tara Reade—-and Biden’s political allies have announced that he is presumed to be not guilty, while she is presumed to be lying.

Reason’s Robby Soave, who has spent years chronicling apparent problems with how colleges adjudicate sexual assault cases,concluded that if the allegation against Biden were being decided by the system that he helped Obama force on college campuses, he would have probably been found guilty. Soave noted the 2017 expulsion of University of Southern California student Matthew Boermeester for assault “even though the purported victim, his girlfriend, emphatically denied that he had done anything wrong.” Biden’s photographically preserved instances of unconsented to touching could constitute punishable sexual harassment or assault under both the old and the new standards, except that under the new rules, he’d at least be guaranteed the opportunity to mount a defense.

It is astounding that Biden would dare to make this statement. Normally it would make my head explode, but I refuse to give him the satisfaction.