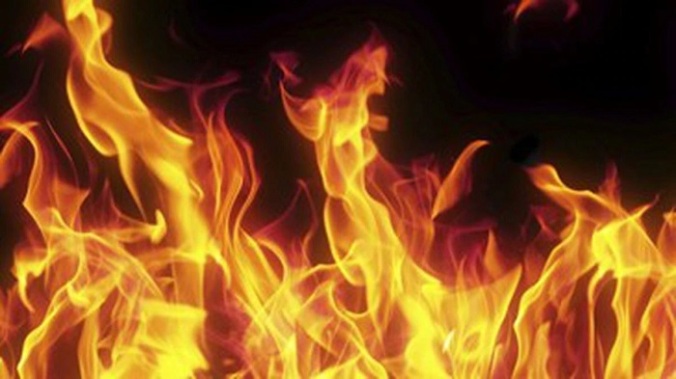 You want warm? I’ll give you warm!

1. That candidacy flamed out quickly! A movement seemed to be underway to have New York governor Andrew Cuomo replace doddering Joe Biden as the Democratic Presidential nominee when his press briefings regarding his state’s handling of the pandemic seemed so much clearer and straightforward than President Trump’s. (Not exactly a high bar, that.) Then the actual consequences of his leadership became apparent. Cuomo had issued a directive on March 25 requiring nursing facilities to accept patients recovering from the Wuhan virus,  and the policy, as many health experts predicted at the time, was a disaster. More than 5,400 New Yorkers have died in nursing facilities from the virus, forcing Cuomo to withdraw his directive last week. Then New York officials admitted to miscounting nursing home Wuhan virus deaths by only counting residents who died from the disease in the facility itself , intentionally omitting the deaths of residents who died after being transferred to a hospital.

The other problem for Cuomo when he was suddenly thrust into the limelight is that the man is an arrogant jerk who can’t seem to hide it, though the news media usually labors mightily to help him try. Over the weekend, however, a reporter asked Cuomo, “Governor, what would you say to families who have suffered losses inside nursing homes? They’re looking for accountability, and they’d like to see justice.”

Imagine the uproar if Donald Trump had given Cuomo’s answer, which ended with a shrug:

Oh, I think it matters what you do, Governor. For example, deliberately placing people with a highly contagious disease in a crowded facility filled with the kind of people most at risk of dying from the virus pretty much ensures that more of those vulnerable people will die than would have otherwise.

2. The  “Obamagate” Jumbo: All of the information isn’t in, but there’s enough smoke to raise eyebrows at those who say, “Smoke? What smoke?,” be they partisan pundits or Deranged friends and relatives. Washington Post op-ed writer Eugene Robinson has always been a particularly embarrassing example of newsroom diversity at work; he ‘s an obvious hack, and settled into the role of Obama enabler and cheerleader the second Barack arrived on the scene. Robinson’ op-ed today, however, is embarrassing even for him, as he calls the legitimate questions being asked about Obama’s role in the efforts to undermine the Trump Presidency a “smear.”

This is the old, old Obama Teflon trick, and I would have thought nobody would be so foolish as to keep using it: if one criticizes that President’s conduct, it has to be personal (Pssst! That means racist!) because everything Obama did and said was beyond reproach. Sure.

Robinson flags his own lack of seriousness and credibility with one howler after another, like…

How can the Post justify employing a writer who could offer such nonsense? To be fair, I should mention that unlike many of his colleagues, Robinson is probably sincere. He is a true believer; he really does worship Barack Obama, and any facts that don’t support his adulation just bounce of the force field without effect. Of course, that makes him useless as a pundit, except to please similarly biased Post readers.

3. And more...From the other side, “Federalist” editor Mollie Hemingway suggests that if the news media tries to bury the emerging scandal regarding what looks like a coordinated effort to subvert the Trump Presidency, it will have irredeemably doomed itself….

Many of our supposedly smart media elites are dinosaurs who are completely unaware of the asteroid headed right to them. Instead, they are doing their part in an all-hands-on-deck effort to continue pushing out Democratic talking points that got them into the mess. This week, that meant they regurgitated the Democratic claim that the Obama administration’s spying and leaking was “normal” and that to be concerned about it is nothing more than a “distraction.”…

The less deft at pushing out the partisan talking point include MSNBC’s Brian Williams, who literally asked implicated former CIA chief John Brennan if he could “once and for all” explain to people who had heard about the scandal despite his corporation’s best efforts why it was no big deal. Josh Marshall of Talking Points Memo complained that a biased NBC News piece that itself attempted to wave away the scandal was not biased enough for his liking. The Daily Beast’s Sam Stein begged Axios not to cover the issue lest it help Trump, in the way that covering Hillary Clinton’s email scandal may have helped Trump.

…if reporters think they can continue to ignore the very real concerns about politicization of intelligence agencies under Obama, or gaslight Americans by claiming such spying and leaking is normal and even good, they should wake up. Unlike the Russia collusion fiction that was maintained by the Obama administration, holdouts in the Trump administration, and finally the Mueller special counsel posse, the spying and leaking campaign story is coming out with facts. Declassifications, court documents, and investigative reports have all shown the falsehood of the Russia collusion hoax and the truth of the spying scandal. More could be coming.

…The truth is an existential threat to journalists, which is why the more activist among them are scrambling to kill the story and paint it as a distraction. These reporters won book contracts, TV gigs, promotions, and political success by peddling the hoax. They truly can’t be honest about it. But others who weren’t so complicit have a shot here. There is no getting out of this easy, so if there are any reporters who care about their reputation, much less the truth, they should get on the side of truth now.

Robinson is hopeless, but I suspect that Hemingway is correct that some journalists will have the sense to start playing fair. Once again, the news media is trying to prove Lincoln wrong, that you can fool all of the people, or at least enough of them.

Talk about a flat learning curve.