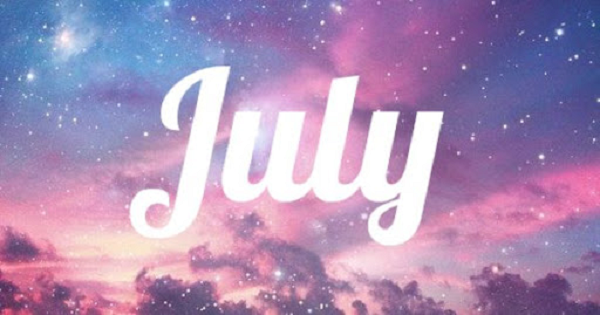 Let’s try to get this month off to an ethical start….

1. Well, this sure won’t do it…Today’s Spineless Administrator Award goes to… Along with other university leaders, he  pressured Stephen Hsu to resign from his position as vice president of research and innovation after the school’s Graduate Employees Union , which represents teaching and research assistants, examined Hsu’s blog posts and interviews in search of damaging statements that could justify his “cancelling.”  Hsu had, after all, cited with favor a study that found police are no more likely to shoot African-Americans than anyone else. “We found that the race of the officer doesn’t matter when it comes to predicting whether black or white citizens are shot,” concluded the Michigan State-based research.

It is not the only study that reached this conclusion, but as you have no doubt noticed, for now at least,  Facts Don’t Matter.

The graduate union maintains that administrators should not share research that runs counter to public statements by the university, “It is the union’s position that an administrator sharing such views is in opposition to MSU’s statements released supporting the protests and their root cause and aim.”

Hsu stepped down from his vice president role, but will stay on as a physics professor. The union had circulated a petition against Hsu and an open letter signed by more than 500 faculty and staff at Michigan State argued that Hsu supports the idea that intelligence is linked to genetics. A counter-petition in support of Hsu has had more than 1,000 signers, including many fellow professors from across the country, stating in part,

“To remove Hsu for holding controversial views, or for inquiring about controversial topics, or for simply talking to controversial personalities … would also set a dangerous precedent, inconsistent with the fundamental principles of modern enlightened higher education.”

On his personal website, Hsu rejected the claim of “scientific racism,” stating  that  he believes “that basic human rights and human dignity derive from our shared humanity, not from uniformity in ability or genetic makeup.”

President Stanley defended his decision to pressure Hsu to resign in a statement on June 19:

“I believe this is what is best for our university to continue our progress forward. The exchange of ideas is essential to higher education, and I fully support our faculty and their academic freedom to address the most difficult and controversial issues.”But when senior administrators at MSU choose to speak out on any issue, they are viewed as speaking for the university as a whole. Their statements should not leave any room for doubt about their, or our, commitment to the success of faculty, staff and students.

2. Finally yielding to common sense is good, right? The bar associations of  Georgia, Indiana, Mississippi, Nebraska, New Jersey, New York, Ohio, Rhode Island and Texas all declare it unethical for law firms to be designated by trade names, as opposed to the traditional array of names of real lawyers in the firm, like Dewy, Cheatham and Howe. That means that in these states, firm names like “The Diligence Law Firm” or “Flashpoint Law” are considered deceptive. In reality, this is just one more example of the legal profession refusing to acknowledge that sometimes the old ways are just old.

This restriction causes problems for firms in the other states and D.C. because firms carrying trade names  have to practice under complying names in those nine  stick-in-the-mud states, confusing everybody. This is ironic, because the excuse for requiring the traditional name requirement is to avoid misleading the public, on the assumption that non-lawyers have the IQ of shrimp.

It’s amazing what a lawsuit can do to cause a sudden onset of reasonableness. A Salt Lake City law firm called LawHQ  sued disciplinary and bar officials in the nine states last month, claiming that the rule restricts commercial speech in violation of the First Amendment. Two week later, New York decided to rescind the trade name ban, saying that it was “based on outdated professionalism standard.”

This was also obvious ten years ago.

It  is expected that the other eight bars will come to the same conclusion shortly.

3. Dukakis? What Dukakis? The newsmedia’s transparent attempts by to undermine Trump’s election prospects by harping on premature polls showing Biden in a commanding lead, is, in addition to being irresponsible and biased, incompetent.

Joe’s leaking IQ points, as we all know, and he apparently believes this propaganda. This is emboldening him to make more and more radical pronouncements to appeal to the crazy Left. Most voters still aren’t paying attention to Biden, but statements like Biden’s proposing tax increases of nearly $4 trillion over the next 10 years, saying that he will ban fracking, or fatuously comparing George Floyd to Martin Luther King, will eventually have to be reckoned with.

As many have pointed out, about this far out from the 1988 election, Michael Dukakis led George H.W. Bush by up to 19 points in some polls. Then voters got a good look at him…..and the Massachusetts governor wasn’t even senile. Joe would be better served by thinking he is the underdog.

It’s from 2010. The story isn’t on some conspiracy website; it’s NBC. (Well, NBC was a bit more legitimate then.) Was it a big story? No. Did the New York Times put it on its front page–twice? Did Obama do anything about it? Not that we know. Nobody cared.

9 thoughts on ““Welcome July, You Can’t Possibly Be A Bad As June” Ethics Warm-Up (Or Can You?)”