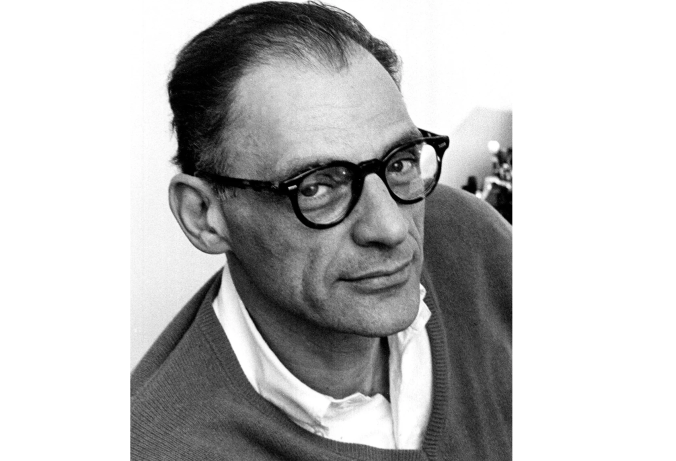 This seems like a propitious time to keep reminding people, especially those who are currently engaged in trying to tear up the culture and the nation into little pieces without a clue about what to do next,  that some things are worse than racism. Lots of things, actually. At some point, we will have to have this debate and that truth must be established.

In ethics, we judge conduct, not thoughts, beliefs, desires and even words, if they are not truly linked to unethical conduct. “Cancelling” people based on past racist or bigoted sentiments that do not seem to have been consistent with later conduct is unfair and  oppressive. The current movement to punish American citizens based on their failure to conform mandated thoughts and specific beliefs is at its core totalitarian, and is doomed to failure, or worse, success.

Playwright Arthur Miller committed one of the most nauseating acts of selfishness, cruelty and betrayal imaginable, but he wrote some of the most ethically resonant dramas in the American theatrical canon: “Death of Salesman,” “The Crucible,” ‘All My Sons,” “A View From the Bridge,” “The Price.” More than any other U.S. playwright, indeed writer in any genre, Miller earned a reputation as the culture’s herald of morality.  When he died in 2005, Miller was celebrated as perhaps our greatest playwright (he isn’t, but he’s certainly near the top.) He was also lionized as a lifetime ethics hero, in particularly because of his refusal to “name names” before the House Committee on Un-American Activities, and his vocal opposition to the Vietnam War. His battle with HUAC caused  Miller to be convicted of contempt of Congress in May 1957, when he was sentenced to prison sentence, fined, blacklisted, and forced to surrender his  passport.

Then, two years after the obituaries and tributes The Atlantic magazine revealed a horrible secret— not a skeleton in Miller’s closet, but a living, breathing, son.

Miller married the last of his wives, photographer Inge Morath (she came after Marilyn Monroe) in February, 1962.  The first of the couple’s  two children, Rebecca, was born on September 15, 1962. Their son, Daniel, was born  in November 1966.  Miller was excited about the birth until doctors diagnosed Daniel as having  Down syndrome. Against his wife’s wishes—she couldn’t have objected too strenuously— Daniel’s famous father sent the newborn to a home for infants in New York City within days of his birth, then four years later  to Southbury Training School, then one of two Connecticut institutions for the mentally challenged. There Daniel stayed until he was 17. Of that place, The Atlantic’s Suzanna Andrews wrote,

By the early 1970s, however, around the time Arthur Miller put his son there, Southbury was understaffed and overcrowded. It had nearly 2,300 residents, including children, living in rooms with 30 to 40 beds. Many of the children wore diapers, because there weren’t enough employees to toilet-train them. During the day, they sat in front of blaring TVs tuned to whatever show the staff wanted to watch. The most disabled children were left lying on mats on the floor, sometimes covered with nothing but a sheet. “In the wards you had people screaming, banging their heads against the wall, and taking their clothes off,” says David Shaw, a leading Connecticut disability lawyer. “It was awful.”

One observer reported that the institute reminded him of a Hieronymus Bosch painting.

Though Inge Morath visited Daniel often, at least every weekend until her death in 2002, Arthur Miller never visited him at all. Miller’s son-in-law, the actor Daniel Day-Lewis, visited Daniel frequently, and tried to  persuade Daniel’s father to finally meet his son.  He never did. Miller didn’t speak of him or write about him; he omitted Daniel from any mention in his autobiographical works, essays and speeches, and with the exception of Inge and Rebecca, no one knew of Daniel’s existence. When Arthur Miller died, only one major paper referred to Daniel, vaguely.

Miller did leave Daniel a fair share of his substantial estate, but even that late gesture was perplexing. Why didn’t he give his son some money earlier? Daniel is a high functioning Down Syndrome sufferer, and could have improved his standard of living significantly.

When Miller died and the accolades were flowing, The Denver Post called him “the moralist of the past American century.” The New York Times extolled his “fierce belief in man’s responsibility to his fellow man—and [in] the self-destruction that followed on his betrayal of that responsibility.”

In his eulogy at Miller’s Broadway memorial event, “Angels in America” playwright Tony Kushner said Miller had possessed the “curse of empathy.” Edward Albee added that Miller had held up a mirror and told society, “Here is how you behave.”

The way Arthur Miller behaved was to disown and abandon his handicapped son from his infancy on.

Various admirers of the playwright have tried to come up with mitigating arguments. It is said he was allegedly worried about how the stress caring for a Down Syndrome child would affect his daughter, Rebecca. Some suggest that after two failed marriages, Miller was acting to protect his third, and to shield Inge from the heartache he feared was in store for his wife. (Somehow I don’t see forcing one’s wife to send her newborn baby to an institution as a great marriage strategy.) As a child, Miller had an aunt who was overwhelmed by the stress of raising a boy with Down syndrome; perhaps this traumatized him. Some have speculated that Miller, whose career had faltered during his troubled marriage to Monroe, was protecting his writing career, which had suffered while he dealt with serious emotional problems within his family.

It doesn’t matter what the reason was. The author of “All My Sons” had a son, and treated him cruelly. There is no justification or excuse.

At last report Daniel Miller lives with an elderly couple who have long taken care of him. He lives in an addition to their home they built for him. He has a job, though he is financially independent; he loves it, and his friends there. Daniel continues to receive daily visits from a state social worker, and his sister Rebecca visits him with her family on holidays and during the summer. He knows about his father, and isn’t angry or bitter; those who know Daniel Miller describe him as relentlessly upbeat.

It is amazing how eagerly people make excuses for Miller. Andrews wrote, “It would be easy to judge Arthur Miller harshly, and some do.” Some do? How could anyone not judge a man harshly who lectured the world about right and wrong, and perpetrated such harm on his own innocent child. The author of  Fall, a 2018 play about Miller and hi son, told NPR regarding Miller and his wife, “You can’t say their motives were evil or anything like that. They did what they felt they had to do… you have to understand and try to get to the complexity of motives and marriage and what happened between them.”

No , you don’t. The Millers were among the relatively few families who had the resources to care for  Down Syndrome child compassionately and well. I searched the Rationalization list for the best comp for “I did what I felt I had to do,” and became exhausted: so much of the list describes the excuses that can be mounted for what was done to Daniel, including #22 “It’s not the worst thing.”  Indeed, if letters were discovered tomorrow that revealed Arthur Miller as a secret racist, is there any doubt that students at the university of Michigan would demand that the Arthur Miller Theater on campus be renamed, and that the school’s leaders would quickly comply?

6 thoughts on “Yes, Some Things Are Worse Than Racism, Part 2: The Betrayal Of Daniel Miller”