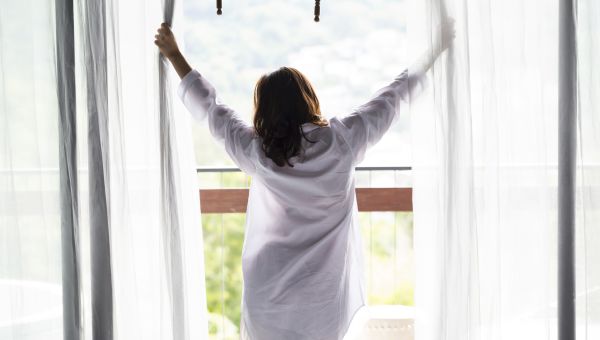 1. Time to leave Jeffrey Toobin alone in his misery. I assume this will be an awful day in an awful week for poor Jeff Toobin, now that the full story of his Zoom debacle is out and being commented upon in the social media.  I would like to make an appeal for the mirth and ridicule to be cut short and minimized. It isn’t a case of “he’s suffered enough.” It’s a case of “he’s going to suffer as much as its possible for a human being to suffer without being convicted of a crime and thrown in jail even if nobody says another thing about him in public.” This hasn’t happened before to a public figure: the closest was Anthony Weiner’s sexting women, and as humiliating as that was, it doesn’t come close to what Toobin’s Zoom botch has done to the legal analyst’s career, reputation and dignity.

I hope his family is standing by him; I hope he has a group of loyal and compassionate friends who will care for him now; I hope the popular culture shows that it is capable of compassion, though my optimism on the latter point is far from high. I fear for his life. I was trying to imagine something as emotionally devastating as Toobin’s level of personal and professional humiliation, and my mind kept flipping to the end of  the ugly thriller “Seven,” when police detective Brad Pitt murders serial killer Kevin Spacey after having a package delivered to him containing Pitt’s young wife’s severed head. Pitt’s character, who is presumably on his way to a long stay in a padded room, is actually better off than Toobin: at least he is completely blameless.

It’s not a good analogy, but it’s all I can think of.

Ethics Alarms will not be mentioning the Toobin-Zoom affair again. But before we never speak of this again, let me mention that in Ann Althouse’s blog post on the topic yesterday she wrote (in addition to “This may be the stupidest thing I have seen in 17 years of blogging”), “Who believes he thought he was off camera? Even if he thought he had “muted the Zoom video,” how could he not make absolutely sure before bringing his penis out…?”

I don’t know what goes through Ann’s mind sometimes. Did she think Toobin would deliberately torpedo his life? Of course he thought he was off camera!

2. While we’re on the subject of metaphorical self -immolation, it was revealed at a trial last week that Amy Cooper, the primary villain in the Cooper vs. Cooper racial episode that briefly held public attention until the George Floyd Freakout happened, made a second false call on the black bird-watcher who confronted her about walking her dog in Central Park without a leash.

“The defendant twice reported that an African-American man was putting her in danger, first by stating that he was threatening her and her dog, and then in a second call indicating that he tried to assault her in the Ramble area of the park,” Joan Illuzzi, a senior prosecutor, said. The second, previously undisclosed conversation was disclosed as the Bad Cooper appeared remotely in Manhattan Criminal Court on the misdemeanor charge of filing a false police report, which carries a maximum sentence of a year in jail. I’m sure you recall the incident, which Ethics Alarms discussed here. To his credit, the other Cooper, whom I already fault for blowing up a single incident of individual misconduct into an indictment of American society generally (and by acting like a jerk in the original encounter, though Amy Cooper lapped him), has refused to cooperate in the prosecution, which he has criticized as overkill.

3. 2020 proves my contention that early voting is a sign of an irresponsible voter. It is increasingly looking like the emails implicating Biden the Younger and Biden the Elder in pernicious influence peddling and the latter in stonewalling and lying his head off. This is significant, and should at very least give responsible voters pause before they vote for a Presidential challenger whom they already know is failing cognitively, is a serial sexual harasser representing a party that supposedly cancels such people, has endorsed the Marxist Black Lives Matter and the loony Green New Deal, and we now have evidence that he’s a lying crook to boot. For millions of voters, however, who prefer convenience to civic competence, such new information is useless; they’ve already cast their votes.

This is also historically ignorant; the number of Presidential races that have turned (or almost turned) on late developments and new revelations is hardly insignificant. There should be a single day for voting except in extreme emergencies. Early voting cheapens the franchise and encourages poor decisions.

Long-time readers here know that in 2016 I changed my decision on voting in the final days of that campaign.

4. More on the misleading nature of the 2020 election polls: Gallup came out with this poll yesterday which must have caused heart palpitations in Trump Hate Country. It suggests that voter identification between Republicans and Democrats is essentially even, and Democrats had the edge in that category in 2016, 2012, and 2008. If that statistic is accurate, it means the polls have been botching their mix of those polled, and that the conventional wisdom is upside down.

5. Because those with decency and ethical values who regard themselves as  Democrats might consider hiding their heads under bags after this month….Victory Girls does a yeoman job trashing yesterday’s despicable New York Times article (Mainstream media, especially the Times = Democrats) and other critics engaged in trashing Judge Barrett for her family’s adoptions as a desperate “How low can you go?” effort to derail her confirmation.

“Detractors have criticized as ‘white saviorism’ the judge’s public accounts of her children’s dire situations before they left Haiti,” write Times reporters Catherine Porter and Serge F. Kovaleski as they enlist new Ethics Alarms Rationalization #70, and raising the question of whether “white saviorism” isn’t still preferable to “white leaving the children starving in the gutterism.” Victory Girls points us to Senator McConnell’s slap at the Times smear yesterday, in which the GOP Senate leader wrote in part,

“The article editorializes that “Just as everything with her nomination, the adoptions have been hard to totally separate from the politics of the moment.” What does that mean? Hard for whom? Only a few far-left commentators and now the Times have opted to scrutinize Judge Barrett’s children rather than her qualifications. The Times deliberately chose to paraphrase and amplify what “some critics” and “detractors” may be saying about this family. The media chooses which unhinged claims and tweets to ignore, which ones to indignantly push back against, and which ones to legitimize and elevate.

If Judge Barrett happened to be a liberal icon, the press would be running interference against personal attacks and hounding Republicans to denounce them, not pretending they represent some chin-stroking national conversation. “