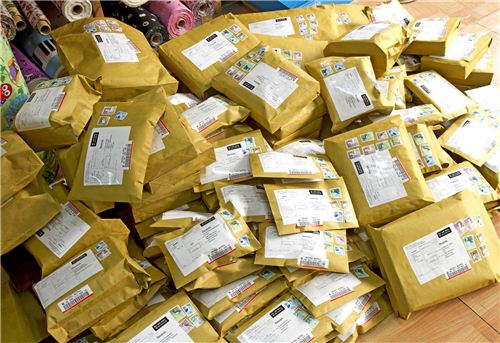 1. Hypocrisy One. Another note on crazy-making discussions with the Trump Deranged; I admit to snapping when a once-intelligent Biden voter tossed off the Big Lie that Trump was a danger to individual rights, specifically free speech. “What?” I exploded. “Give me a single example where the President has taken any action that threatens free speech! Meanwhile, conservative speakers have been blocked from reaching audiences on campus, members of  Congress, all Democrats, have argued that “hate speech” isn’t protected under the Constitution, executives, board members, faculty members and others have been forced to resign because of communications that do not comport with progressive positions; citizens wearing MAGA hats have been attacked; Democratic leaders have endorsed Black Lives Matter, which enforces compelled speech (because silence is violence), social media platforms run by Democratic Party supporters are actively censoring conservatives, the a  New York Times editor was forced to apologize and ultimately resigned for allowing an opinion the staff didn’t like to be published as an op-ed, a Democratic Representative and others area calling for supporters of the President to face accountability, and President Trump is a threat to free speech?

Do you know what her sole justification for that position was? The President attacked the news media and declared them the “enemy of the people.” That was it. That was enough: words, not actions. Barack Obama’s administration bugged a journalist. Obama himself attacked Fox News. But Donald Trump threatened the First Amendment.

I don’t understand how such nonsense can come out of an educated person’s mouth without her hearing it and gasping, “Wait! That was completely ridiculous! What’s the matter with me? How did I get this way?”

2. Hypocrisy 2. One reason another national lockdown will not work, and will be greeted with massive defiance, is utter abuse of power and logic like this, from the Governor of California:

As Gov. Gavin Newsom was preparing a coordinated pandemic crackdown by his state, Oregon and Washington, he attended a birthday party for a lobbyist at The French Laundry, an ultra-exclusive restaurant. In the midst of decreeing that only one unitary family could participate in Thanksgiving dinner, Newsom was at a meal where twelve families were represented. This is quite an eatery, where the tasting menu costs over $300, and, as one wag wrote, its famous blue door magically keeps out the Wuhan virus.

Does anyone believe this privileged crew put their masks on between bites? I certainly don’t, because, in addition to the fact that laws and rules are for the little people,

Caught in his hypocrisy, the best Newsom could come up with was ‘I shouldn’t have done it’:

“While our family followed the restaurant’s health protocols and took safety precautions, we should have modeled better behavior and not joined the dinner.”

“I shouldn’t have done it” is a weak mea culpa that is equally applicable to a shoplifter or John Wilkes Booth. It essentially boils down to “If I thought I would get caught, I wouldn’t have acted this way.”   During the pandemic we have seen this double-standard game from one government official after another, from Dr. Fauci dropping his mask when he thought the cameras weren’t rolling, to Nancy Pelosi and the Mayor of Chicago pulling rank to get their hair done, also maskless.

They are also almost exclusively Democrats.

3. The rest of the story: last year I posted this item:

The home he purchased was being sold by famed Harvard fencing coach Peter Brand, who was already coaching Zhao’s older Harvard undergrad son, Eric.   Brand and his wife purchased a $1.3 million Cambridge condominium  for $989,500 a week after Zhao bought their house that just coincidentally had been listed at $989,000. Shortly thereafter, Zhao’s younger son, Edward, was admitted into Harvard as a student-athlete and member of the fencing team.

Zhao insists that his real estate transactions were completely unrelated to  Harvard’s admissions process….At very least, Brand should be fired for this multiple conflict of interest scenario and creating an appearance of impropriety damaging to the university.

Well, Brand was fired, and today he and Zhao were arrested on federal charges alleging they conspired to secure admission for the Zhao’s two sons into Harvard in exchange for $1.5 million in bribes.

It turned out that Zhao’s purchase of the Harvard coach’s home at an inflated wasn’t the only cash transfer involved: there were the fencing coaches’ charities that Zhao wrote checks to, and a Virginia land deal.

I wonder how many Harvard students have been admitted over the years and decades with similar scams while the University looked the other way? It must have required even bigger bribes back when Harvard wasn’t a disgrace to higher education and civil rights.