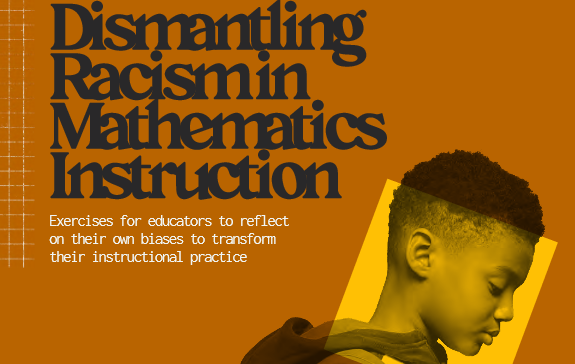 [This, a comment in last Friday’s Open Forum, which followed upon Steve Witherspoon’s directing our horrified gaze to Oregon’ teaching program that seeks to undo ‘racism in mathematics.’ The links are here, the here, and here, is presented as a Guest Column, not Mrs. Q’s first.]

This reminds me of Erika Mann’s discussion of mathematics education (Völkisches Rechnen or people’s arithmetic) under Nazi rule in the 1930’s, in her book School for Barbarians. Here’s an example (page 67):

“An airplane flies at the rate of 240 kilometers per hour to a place at a distance if 210 kilometers in order to drop bombs. When may it be expected to return if the dropping of bombs takes 7.5 minutes?“
-From National Political Practice in Arithmetic Lessons.

A question like this may not initially point to a scholastic propaganda problem until the other questions come into play, questions like:

It suddenly becomes more clear that these questions are preparing these kids for war…and compliance with the state.

Now one could fairly ask if I’m using the the Nazi examples unfairly. However I make this comparison because the point of this supposed “equitable” education has a similar purpose: to prepare American kids to go along with the new racial orthodoxy, rather than foster intelligence or skill retention.On page nine of the PDF Steve shared, the text notes the purpose of this “antiracist” math is to:

“Whoever has the youth has the future,” Hitler said. He had a point. Those who fancy themselves proper and righteously “Elect” in education may have good intentions Some kids of color in the past, and maybe even now, have been left behind due to some lingering racism.

At the same time, as linguistics professor John McWhorter, who is black, notes that getting rid of Gifted and Talented programs which I personally benefited from and which led to greater self-esteem and a lifetime love of learning) while not directing students of color who fall behind to the many free resources for test prep and skills improvement is its own kind of racism. McWhorter conveys his disillusionment with antiracism based education by saying:

I shudder at the thought: teachers with eyes shining at the prospect of showing their antiracism by filling my daughters’ heads with performance art, teaching them that they are poster children rather than individuals.

Unfortunately my home state of Oregon is at the forefront of what I consider the dehumanization of all students, including those of color, in the name of a set of principles that are oppositional to student success. The point is to create a new creature, steeped in racial myth and Marxist propaganda, that will unquestioningly load those bombs, and make sure the “alien” whites get “what they deserve.”

It wouldn’t surprise me if one day, we hear students sing out (following in the footsteps of Horst Weasel):

And they’ll be dumb as bricks and as vicious as tyrants while they’re singing it.