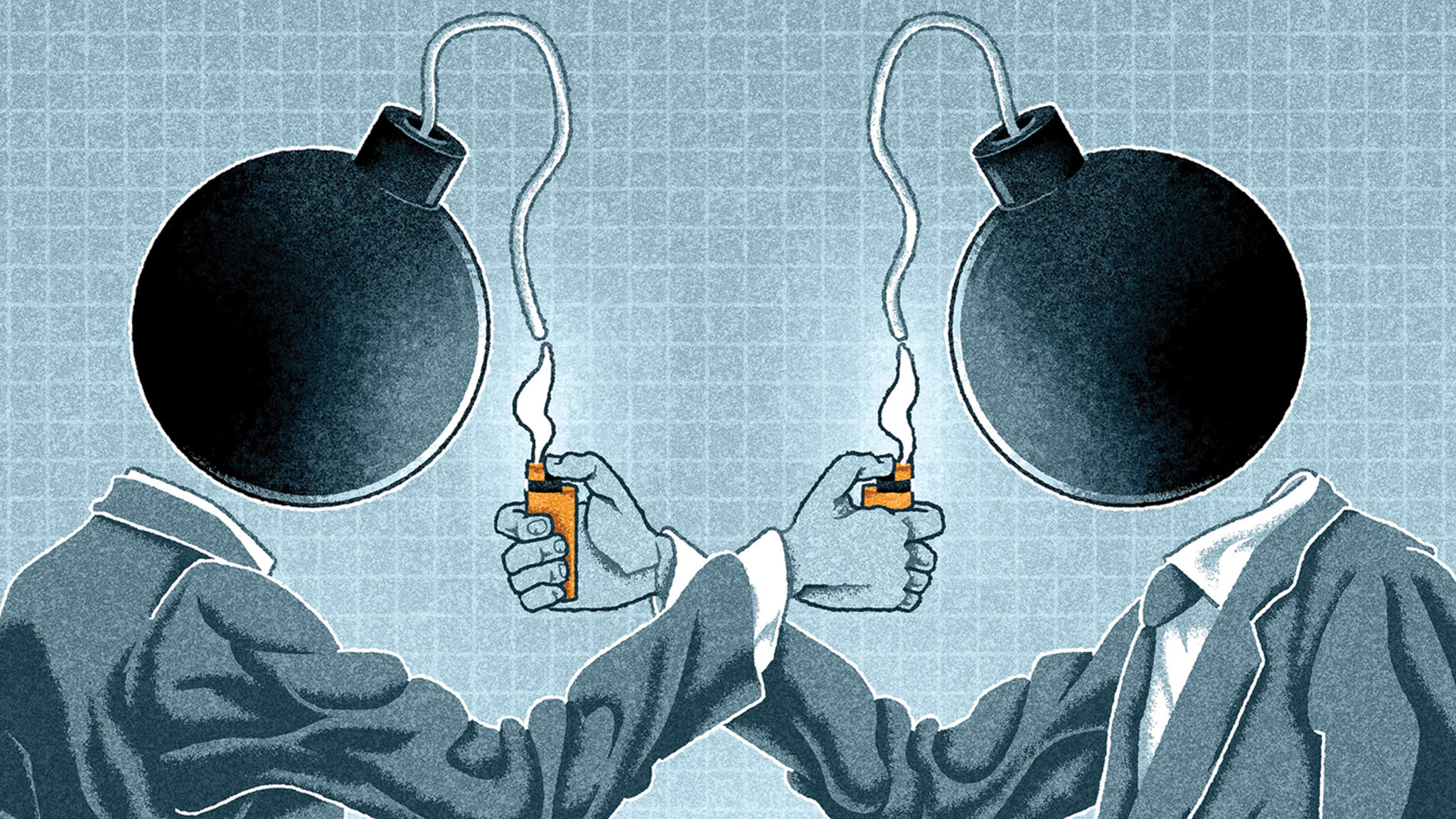 Chris Marschner, in his Comment of the Day, once again raises the persistent ethics problem of when or whether unethical methods to foil the unethical acts and strategy of others become necessary, justified, and thus, except to the Absolutists, ethical. It is one of the great mysteries of ethics, and one that has never been answered to my satisfaction, or anyone’s satisfaction. This has many implications: the ethics of war is part of the controversy. So is capital punishment. And, of course, politics in general.

Here is Chris’s Comment of the Day on the post, “Tit For Tat Ethics: The Anti-Biden-Pro-Trump Flags”:

There is something to be said for the concept of Mutual Assured Destruction which is the ultimate Tit for Tat. The vitriol expressed against Trump and his supporter if left unchallenged will become the tactic of choice for all future challengers to the Democrat machine.

Political pendulums swing back and forth. The pendulum will not swing if sufficient numbers are not convinced that they are not alone. Complaining about what the AUC does has proven to be ineffective. Pick your poison – vulgar flags or riots. Flags such as these, while crass and vulgar, are simply tools to communicate that others feel as they do which gives more people an impetus for speaking out. The electorate seeks safety in numbers. These signs are no different that the BLM or End Racism signs in yards or “Tolerance” stickers on automobiles.

When the bully gets a taste of his or her own medicine the bully tends to behave differently. If there is a better way for the average person to broadly communicate a reasoned alternative perspective, when your local paper limits the number of letters to the editor for their position but promotes the printing of the paper’s preferred perspectives for whatever reason, well, I am all ears. These signs reflect who we are. Only when people see themselves in that mirror will they see just how ugly their own actions were.

Personally, I am tired of talking about the AUC [JM: For infrequent visitors here, the AUC is Ethics Alarms shorthand for the “resistance”/Democratic Party/ mainstream media alliance I call “The Axis of Unethical Conduct” for its behavior in response to the 2016 election.] and I am looking for ways to ethically combat their tactics. I will not, however, allow my liberties to be stolen through unethical practices so that I can be called an ethical player.

12 thoughts on “Comment Of The Day: “Tit For Tat Ethics: The Anti-Biden-Pro-Trump Flags””