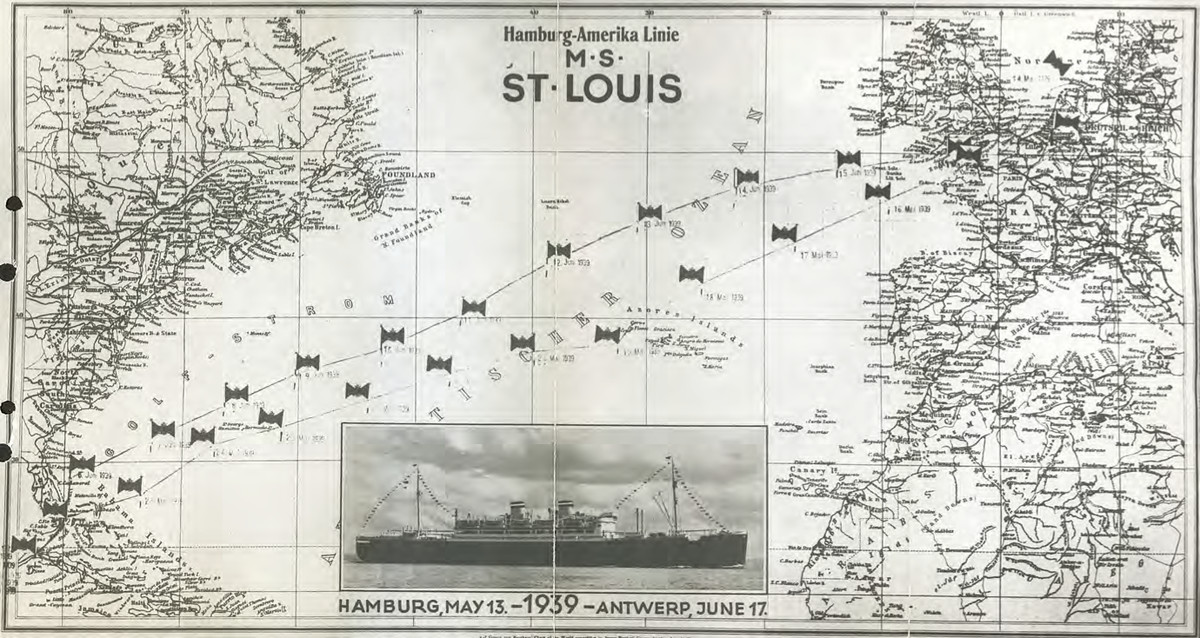 May 27, 1939, qualifies as a “day that shall live in infamy” in Franklin Roosevelt’s famous phrasing, except that he was deeply involved in this particular infamy, and thus would have been unlikely to so describe it.

On May 13, the S.S. St. Louis had sailed from Hamburg, Germany on a route Havana, Cuba. The ship was carrying 937 passengers, most of them German Jews escaping their escalating persecution under the Third Reich. Kristallnacht had hit the German Jewish community just six months earlier, killing 91 Jews and destroying hundreds of business and homes. The Final Solution was just months away from being aggressively implemented.

The official destination of the St. Louis was Cuba, but the real objective of the desperate refugees was to reach the U.S., Land of the Free and the Brave, as George M. Cohan put it. They had applied for U.S. visas and were only going to stay in Cuba until they could enter the United States legally. Cuba definitely did not want them. There had been a huge anti-Semitic demonstration in Havana before the ship set sail, and rumors were spread in the German press that the Jews on board were Communists.

The St. Louis arrived in Havana on May 27. The 28 pasngers with valid visas were allowed to disembark, but he Cuban government refused to admit the nearly 900 others.The ship’s captain argued with Cuban officials for a week, but to no avail. Finally, the St. Louis sailed to Florida, but was not permitted to dock; passengers attempted to cable FDR begging for refuge, but he did not deem their appeal worthy of a response. Roosevelt’s State Department, now known to be a nest of anti-Semites, stated in a telegram that asylum-seekers must “await their turns on the waiting list and qualify for and obtain immigration visas before they may be admissible into the United States.”

Finally, the St. Louis tried to dock in Canada, but had no more success. Frederick Blair, Canada’s director of immigration, said, “No country could open its doors wide enough to take in the hundreds of thousands of Jewish people who want to leave Europe: the line must be drawn somewhere.

The Flying Dutchman-like odyssey of the ship continued, as it returned to Europe, arriving in Antwerp, Belgium on June 17. Jewish rescue organizations secured entry visas for the refugees in Belgium, France, the Netherlands and Great Britain, so the majority who had been cruelly rejected by the United States survived the Holocaust, though 254 did not. That the death toll was not higher, however, is just moral luck. The Roosevelt Administration knew that it might have been condemning all 900 to deaths in concentration camps. It just didn’t care.