Two days ago, American Airlines denied boarding for Deniz Saypinar, a Turkish-born fitness model traveling from Dallas-Fort Worth to Miami because, the carrier explained to her, its conditions of carriage require all customers to dress “appropriately,” and her outfit wasn’t appropriate.

Ya think? That photo above shows how she presented herself at the gate.

“The customer was advised of our policy and was rebooked on a subsequent flight. The customer has since arrived in Miami,” the airline’s rep said.

Deniz is in great shape; I wonder why, if she was going to grandstand like this, she didn’t just wear a g-string and pasties and go all the way with it. I do not believe for a second that she expected to be allowed on the plane dressed like that. She wanted to set off a controversy and win herself Andy Warhol’s 15 minutes of fame, while giving feminists something to shout about.

“You will never believe what happened to me at Texas Airport,” first non-American citizen to win the US National Bikini Fitness Competition in 2021 wailed to her 1 million followers on Instagram as she posted her attire.

Oh yes I will!

“I am an athlete, and now I have to wait here until the morning,” she wrote. “I like to wear feminine clothes that reveal my femininity, but I never dress in a way that will offend anyone. I’m mature and civilized enough to know what I can and cannot wear. I don’t deserve to be treated like the worst person in the world for wearing denim shorts What separates us from animals if humans can’t control even their most primitive impulses? I feel insulted. They wouldn’t let me on the plane because I wore these shorts in the United States.”

Uh, I wouldn’t call that an exactly fair description of what happened. She wasn’t treated “like the worst person in the world,” although she should have been treated as a narcissist and ruthless self-promoter who deliberately wasted the time of airline staff and caused a pointless controversy just to get her name and figure publicized. And she wasn’t rejected as a passenger for “wearing denim shorts.”

” What separates us from animals if humans can’t control even their most primitive impulses? ” has to win an irony award: it is the model who can’t control her primitive impulse to display herself in places where such displays are rude and disruptive. Decorum and manners in public also separate us from animals. Wearing reasonably modest clothing in public is basic civility, showing respect for others.

What do you want to bet that she wears that kind of outfit and then, when some little fat guy stares at her, gets indignant?

Hey, if I were on her plane, I’d love the opportunity to look at Deniz, and yes, I would argue that she has consented to being stared at. But it should be pretty obvious why fit and lovely women can’t be permitted to fly dressed like she was—and I think it is obvious—if they let her fly dressed like that, they have no justification for not letting this woman board a plane, 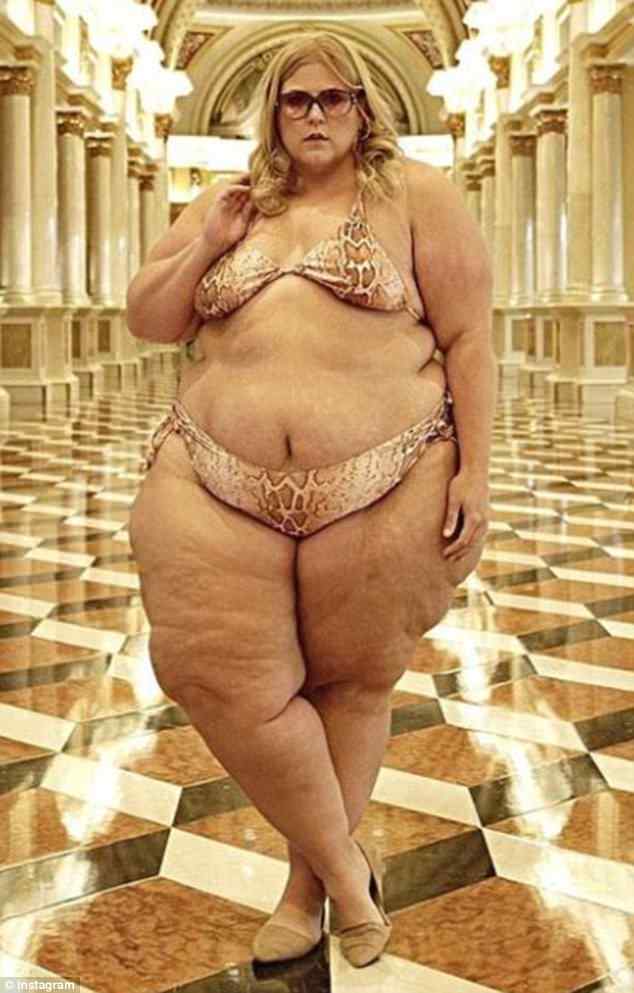 …blinding everyone on board, including the pilot, which would be dangerous. But if they banned one and not the other, the airline would be looking at a discrimination suit. Lookism, you know. Fat-shaming.

We’ve had quite a few posts about the issue of dress codes on Ethics Alarms. One of the most relevant was this post, about Jet Blue refusing to seat burlesque performer Maggie McMuffin—her real name, I’m sure—until she changed her shorts to something more “appropriate.” Here are the shorts, and Maggie at work below them:

Now Maggie is taking advantage of the situation to get some cheap publicity and maybe an interview or two, while embarrassing JetBlue…. Ah, dress codes! They are conduct rules put in place by businesses and institutions because some people have no manners, sense of place, consideration for others or respect, and these codes never, ever, work in the long run, because some people have no manners, sense of place, consideration for others or respect. Once upon a time, children, adults going out into public dressed with taste and modesty as an expression of respect to others, including strangers, that they might meet. The Sixties destroyed this cultural consensus by questioning manners, decorum, conformity, dignity, and respect for others, especially anybody over thirty. Do your own thing! Let it all hang out! Today, a half century later,  people nonchalantly wear flip-flops to the opera and church, while the obese passenger sitting next to you on an airplane may be wearing a tank-top, and hasn’t  bathed in a week. Of course Maggie McMuffin wasn’t dressed appropriately to fly. She was definitely dressed appropriately to draw attention to herself as burlesque performers (a.k.a “strippers”) are wont to do, and that was her intent. The JetBlue agreement, however, doesn’t say its employees can kick you off the plane for dressing inappropriately—like in a scuba suit, a bunny costume, or as Dracula. It says “lewd, obscene, or patently offensive.”  Whatever you can say about Maggie’s travel garb, it isn’t “lewd, obscene, or patently offensive.” JetBlue was wrong: unfair, incompetent, foolish. Unethical. Of course, Maggie was also wrong, but wrong in a way that carries scant and inadequate social consequences today. Thus others less tasteful than Maggie will stretch tolerance a bit further and a bit further yet. Recently women have been parading in public bare-breasted, protesting for the right to do so. I am sure they’ll win this battle, if they persevere. (That will be bad for Maggie’s trade, I’m guessing) Manners and good taste can’t be legislated or enforced except by peer pressure and social consequences. Even if JetBlue tried to enforce its dress code reasonably, publicity-seeking rebels would be able to shred it with ease. WHY is a bikini “obscene”? If the same amount of skin can be seen in commercials and TV shows around the clock, how can anyone claim they are patently offensive? We can’t make people be considerate, respectful or modest. All we can do is make fair conclusions about those who are not. Among those fair conclusions is that their judgment and values can’t be trusted.

I should point out that American, unlike Jet Blue, does have the magic word “appropriately” in its policy, but I doubt that, in the end, it will do much good. We’ll have barbarians like Deniz flying naked sooner or later.

9 thoughts on “Dress Code Ethics (Again) From The “Oh, Come ON!” Files: The Immodest Fitness Model”