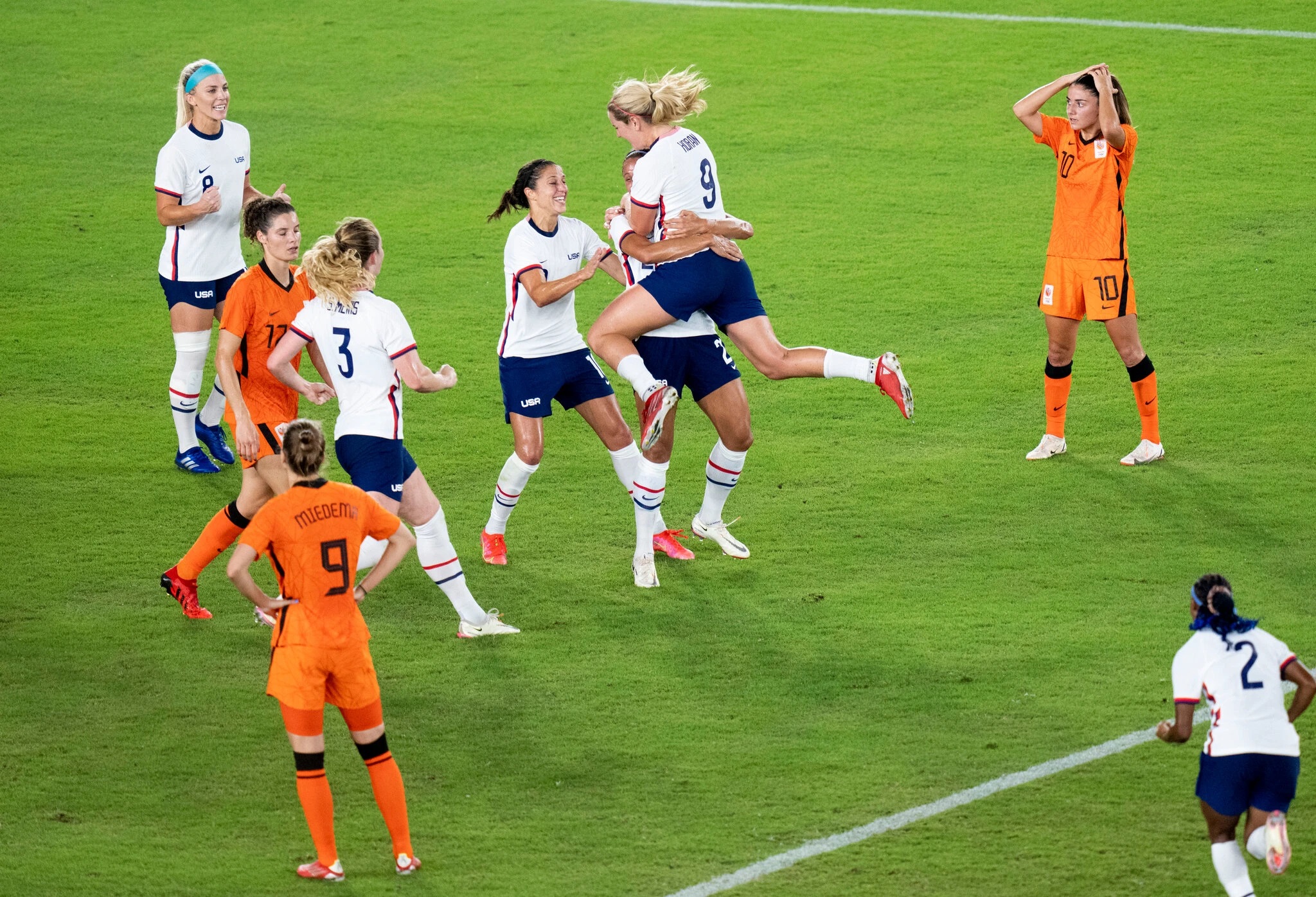 The New York Times writes of the U.S. Women’s Soccer team’s desperate-needed victory over the Netherlands in the Olympics:

“It was only afterward that Alyssa Naeher let down her guard. After she had dived to saved the penalty kick late in the game. After she had dived again to push aside the header in extra time. After she had turned away not one but two penalties in the shootout. Naeher’s teammates count on her to do her job as well as they do theirs every time they take the field. Better than they do even, since their mistakes have a tendency to wind up in the back of her net.

“In the quarterfinals of the Olympic tournament on Friday, facing a dangerous Netherlands attack, that had already happened twice. Now the United States needed Naeher to save them again. After the teams played a 2-2 tie, a penalty kick shootout would decide who would go to the semifinals, and who would go home. The Americans turned to Naeher. Save us, they said. Just like you have before. “There’s no one else I’d rather have in the net than her,” midfielder Rose Lavelle said later. “She’s saved us so many times.” And so Naeher, who had saved her teams in big games and small ones, in World Cups and friendlies, saved them again.”

Now imagine that Naeher suddenly announced when the game was a tie that she would not guard the goal in the shootout, but was quitting the game. “It’s been really stressful, this Olympic Games,” she says. “I think just as a whole, not having an audience, there are a lot of different variables going into it. It’s been a long week, it’s been a long Olympic process, it’s been a long year. So just a lot of different variables, and I think we’re just a little bit too stressed out. But we should be out here having fun, and sometimes that’s not the case. I truly do feel like I have the weight of the world on my shoulders at times.”

So she quits, just as her team is depending on her. The back-up goalie takes her place, and the American Women’s Soccer Team loses, and is out of the Olympics.

Would Naeher be hailed as a hero and a role model? Would her team mates say afterwards that they support her decision 100%?