1. An epic example of Presidential courage, ethics and leadership, and he was hated for it because enforcing law is so mean... On August 5, 1981, President Ronald Reagan began firing 11,359 air-traffic controllers engaged in an illegal and unethical strike against the public, something public employees must never do. Reagan ordered them to return to work, and the union, PATCO, thought he was bluffing. Big mistake. He wasn’t.

The president of the Professional Air-Traffic Controllers Association was found in contempt by a federal judge and ordered to pay $1,000 a day in fines until his members complied, and President Reagan carried out his threat. The 11,359 air-traffic controllers who had not returned to work were not only fired, they received a a lifetime ban by the Federal Aviation Administration (FAA).

Another President, Calvin Coolidge, when he was Governor of Massachusetts, laid down the principle that holding the public hostage to the demands of employees responsible for their health, safety and welfare was illegal and wrong. President Roosevelt stated that public unions were a menace, and so they have shown themselves to be. Oddly, while liberals were furious with Reagan, no one accused him of being a dictator or an “autocrat.” He believed in following the law.

2. The propaganda worms its way into your brain….I watched the old Disney movie “20,000 Leagues Under The Sea” for the first time in many decades, and it was better than I remembered. The performances are excellent, with Kirk Douglas obviously having the time of his life; the art direction is spectacular; it has lots of classic Walt Disney touches, like the cute sea lion, and the special effects, especially the robotic giant squid (which I much prefer to recent CGI equivalents) is amazing for 65 years ago. And it was fun to be reminded of the inspirations for two Indiana Jones movie scenes. (Two more are in James Mason’s next Jules Verne epic, “Journey to the Center of the Earth.”

Then came the scene where the Nautilus is attacked by Papua New Guinea natives, who board the sub. They are repelled when Captain Nemo electrifies the hull, and we see all of the natives jumping around comically and jumping into the seas as little electric bolts shoot out from the deck. The white guys are laughing, of course. There is nothing wrong with the scene, which could have played out just that way in reality, but it made me uncomfortable—you know, stereotyped natives, smug white people with superior technology. Political correctness even ruins fantasy.

3. Will the rigged hearings on the January 6 Capitol riot ever touch on the death of Ashli Babbitt, the biggest mystery of that day? Why wasn’t the shooting officer charged, for example? You know he would have been if Babbitt was black and the officer were white. Whoever-he-was fired the only shot in the entire “insurrection.” Isn’t that worth investigating?

In an interview with RealClearInvestigations, Babbitt family attorney Terry Roberts claims he has gathered evidence indicating the officer, a plainclothes police lieutenant, never warned Babbitt before opening fire. Roberts says the officer “ambushed” her from the side where she could not see he had taken up position in a hall doorway and had his weapon aimed at her. “It’s not debatable,” he says. “There was no warning.”

Well, you know, lawyers. But I don’t see how the investigation can have any integrity or credibility if it never addresses this issue.

4. Why should any baseball fan pay for partisan rants? I have mentioned lapsed lawyer baseball writer Craig Calcaterra here periodically. He is a funny and astute observer of baseball, like Keith Olbermann, and I would like to support a rebel who decided to do what he loves rather than make more money researching patents or writing wills. But Craig cannot resist putting stuff like this in his subscription news letter:

“[Republicans] refused to enact or enforce mask mandates, aggressively and irresponsibly reopened their economies, and undermined or actively blew off efforts to vaccinate the public. Then, not content with their own irresponsibility, they took further steps and passed laws and issued orders banning those who attempted to be more responsible than them from making such efforts. Rather than just refusing to enact mask mandates, some have affirmatively banned mask mandates and have made efforts to do the same with vaccine mandates or verification regimes. In so doing, they have essentially become a pro-pandemic party. Not because they love infectious diseases necessarily, but because engaging in such idiocy pisses off liberals, scientists, and the sorts of educated people against whom they have found it advantageous to wage the same culture war that arose out of the bag bans and every other thing you can imagine.”

I wouldn’t call Craig a friend, exactly, but we have had some private exchanges, and we respect each other. I wonder if I should write him and try to explain why indulging his urges to write junk like that is costing him subscriptions—like mine. Or he too far gone?

5. And you thought “The Cleveland Guardians” was a bad name...This is the name of a huge new Israeli theme park soon to open this summer: 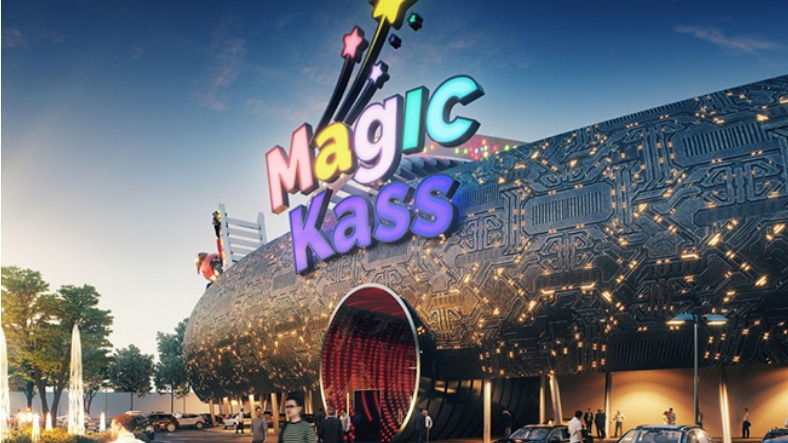