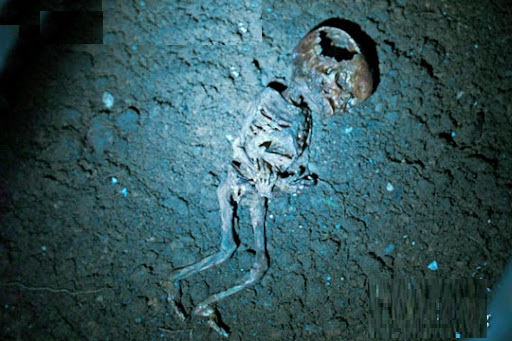 First up on “Texas Abortion Law Freak-out Friday is Extradimensional Cephalopod’s timely exploration of the popular “we should be able to kill unborn babies while they can’t think, before they can” justification for legal abortion. As that characterization might suggest, I hate that argument, which has been made passionately by some abortion advocate every time the topic has arisen on Ethics Alarms. The reason I find it ethically objectionable is that the theory was devised to justify a position that had already been decided. Extradimensional Cephalopod’s comment begins by calling it intellectually honest. I admire his presentation of the argument, but that’s exactly what it isn’t. Abortion advocates, desperately seeking a way to get around the inconvenient fact that a human life was being snuffed out in the procedure and not willing to embrace the “Baby? What baby?” shrug that defines most pro-abortion rhetoric, came up with the “not sentient, ego not human” dodge after already endorsing abortion. This is scientifically and logically dishonest, because a bias—“we really, really want abortion to be legal”—drove the conclusion.

As E.C. makes clear, it is still a better defense of abortion than the fiction that only one human being’s life is at stake. As Isaac also makes clear in his Comment of the Day in response, it’s still not good enough.

“The intellectually honest argument for abortion, which I’m still baffled most proponents don’t seem to bring up, is that a person–a sapient being–is not defined by having human DNA or a heartbeat, but by patterns of information in their brain (or whatever module they use to think with).

“There’s disagreement on whether to draw a meaningful distinction between patterns that are sapient and patterns that are subsapient–often called animals–as well as what ethical obligations sapients have to animals. In any case, proponents of abortion regard any information patterns in the brain of a human fetus as being less than sapient, and therefore not subject to the same ethical protections as fully sapient humans. For at least some of a human pregnancy, that belief would be supported by a developing brain not yet having achieved the complexity required to support a sapient consciousness. At some point, it may be that the brain is decently complex but hasn’t absorbed enough information to start forming a consciousness.
I’ve read somewhere that developing humans may start learning sounds and linguistic phonemes while still in the womb, though, and while I haven’t investigated the studies supporting this claim, it’s a claim that must be challenged by those who would argue that unborn humans haven’t absorbed any information.

“In the past and in less wealthy countries, there is a secondary concern of whether the parents or the community are able to raise an additional child in a healthy manner. There’s a consequentialist argument in favor of abortion based on a child’s quality of life without capable parents, and the long-term impacts on a society that keeps having children it can’t care for. However, Other Bill pointed out that adoption is often a viable alternative to abortion in wealthy enough countries.

“I consider it foolish to frame the question of abortion in terms of women’s rights, because it completely ignores every serious argument against abortion and is therefore intellectually dishonest. That would be like… well, trying to frame a discussion about slavery in terms of states’ rights. Saying “stop trying to control me!” is completely dodging the question of whether or not what you’re doing is horribly unethical, which is itself horribly unethical regardless of what the answer to the question is.”

Now here is Isaac’s Comment of the Day in response:

“Yes, this a thousand times.

“I have engaged people making that intellectually honest argument. It’s usually the male pro-choice advocate who invokes the insentience of the fetus. I don’t consider it a valid argument though, unless they also believe that slipping into a coma makes a person immediately devoid of their right to life. A person in a coma actually has less of a chance of BECOMING sentient than a fetus, which, if allowed to go on living, will end up sentient as a natural matter of course.

“For that matter, since the odds of a fetus becoming sentient in short order is just about 100%, should it not also be legal to kill sleeping people, who have a 100% chance of eventually waking up? They’re both not conscious, and they both will become conscious if you don’t kill them at roughly the same odds. Just how sentient is a sleeping person? What if we can be sure to kill them when they’re not dreaming?

“Then there’s the matter of whether a creature is really non-sentient if they only lack understanding at a temporary phase of development. All fetuses are genetically-complete members of a sentient and intelligent species. Does that offer them no protection? Smashing the eggs of endangered sea turtles is just as illegal as killing them, but are eggs turtles? The law treats the eggs as turtles. Science would say, certainly, they are turtles if the egg is fertilized. It seems a bit of a reach to claim that a member of a sentient species is actually something different if you catch it early in the life cycle. Sounds kinda anti-science, really. If humans went through different phases like butterflies, could we arbitrarily pick a certain form at which to deny their humanity?”