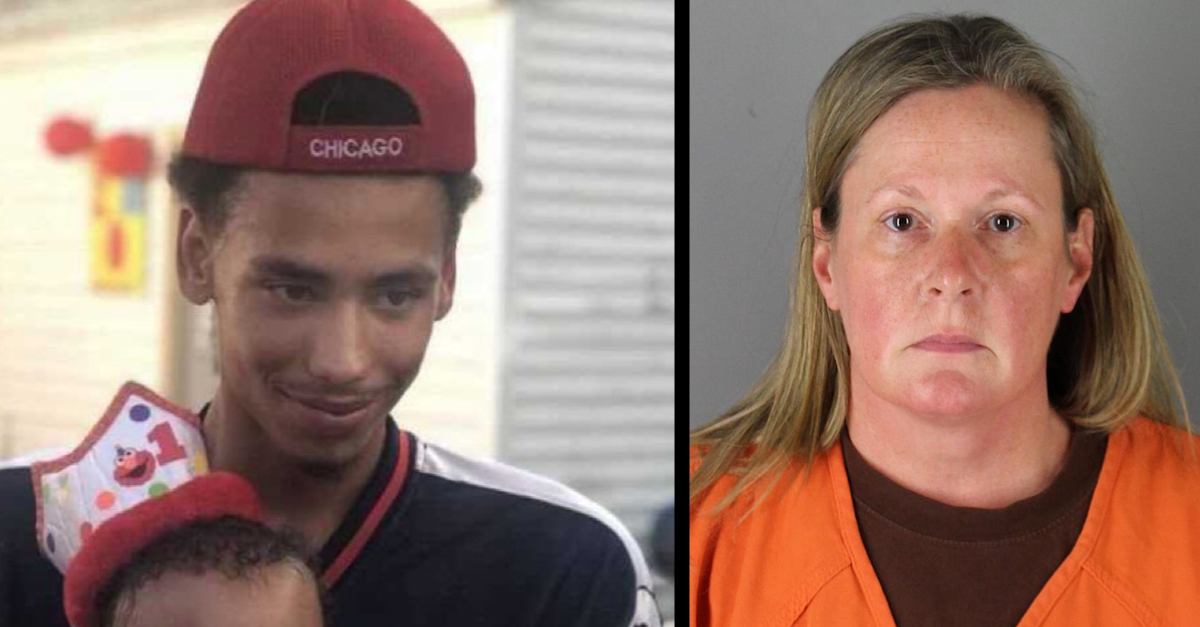 I am grateful to Humble Talent for authoring a more thorough consideration of the ongoing Kim Potter trial , in which a Minnesota ex-cop faces murder charges for fatally shooting young, black Daunte Wright behind the wheel of his vehicle when he appeared to be preparing to flee, placing a fellow officer in danger. She mistakenly drew her gun and fired it instead of her taser, and there is no dispute over whether this was an accident or not. It was. I believe that bringing murder charges against Potter was an abuse of prosecution discretion, and yet another instance of prosecutors letting public opinion and threatened violence dictate their decisions.

Here is Humble Talent’s Comment of the Day on the Kim Potter trial and the Daunte Wright case’s relevance to the post, “The Police Traffic Stop Ethics Dilemma”:

“Being pulled over for a broken taillight shouldn’t end in death. Too often, it does.”

I’ve followed this case since jury selection. And boy howdy this one has been dry… Some of the more interesting parts of this were probably the jury selection… by the third day of jury selection the state had used all their unqualified passes, so they had to let through a finance guy who LARPs with a battleaxe on the weekends and had some very pro-defense inclinations, as an example. There was also an ACAB activist who tried to lie to sneak onto the jury, but Earl Grey (the lawyer’s actual name) had scoured all the potential jurists social media feeds and fed her back quotes about how cops should be shot. The shock in the potential jurists voice and the immediate change in her demeanor was delicious.

And so I think that I’ve seen at least what the jury has in this case. The only thing they’ve kept from the feeds are the pictures of the deceased, and I’m pretty sure they’re doing that because Daunte’s pants slid off during first aid and they didn’t want his junk on primetime. Empathetically: Daunte was not shot over for a busted taillight.

He was pulled over because he had an air freshener hanging off the rearview. Apparently this is a ticketable offense in some jurisdictions. But I’m not sure that he actually would have been ticketed for the tree… Things like that are often pretenses to see if you can find more. And boy howdy, did they.

Before they got out of their car, for instance, they knew that the tags on the vehicle’s insurance was expired. When they interacted with Daunte, Daunte told them he didn’t have his license on him, but he gave them his name, date of birth, and some other information. The officers noted the strong smell of marijuana and saw some bud in the console. They went back to the car and were able to surmise a few things:

Have we mentioned that Daunte was 20? I’m sure that a year or two down the road, this upstanding young citizen would be making all kinds of headlines.

So the officers decided to make an arrest. They asked Daunte to get out of the car, and he did, Officer Luckey tried to cuff Daunte, but Daunte slipped him and got into the car. Officer Johnson reached into the car through the passenger door and held the gearshift in park while Luckey struggled with wright. Officer Potter grabbed her gun and said “I’m going to taze you.” waited two seconds “I’m going to taze you”, a second “taser taser taser” and shot Daunte once in the chest, collapsing both lungs and bursting his heart. Daunte shifted the car into drive and died with his foot on the gas, his vehicle veered into oncoming traffic and struck the vehicle of two elderly individuals.

Moving past there… A couple of things stand out:

First: Daunte Wright was a drug dealer. I’m usually permissive about drug related infractions, but the law is the law. One of the pieces of evidence that was kept from the jury is that Daunte had a pot scale and paraphernalia in the car. This needs to be contextually coupled with his outstanding warrant, lack of a license, and lack of vehicle registration. Daunte’s mother testified that Daunte called while the officers were running his info and was worried about the vehicle tags. Can we all just take a second to step back and appreciate the perjury? Of course, I don’t *know* for certain that that isn’t what Daunte said… But they were all aware of his criminality. The car’s *tags* are what you were worried about? Also worth noting: Daunte’s blood tests came back positive (and on the high side of the scale, no pun indented) for TCH. He was driving while high as a kite.

Second: The officers had a whole bunch of wonderful reasons not to let him drive away: he wasn’t insured, he wasn’t licensed, he had outstanding warrants, he was probably high, there was a female passenger in the car, and she could have been the person who had the restraining order against him, and probably a dozen other things that I either don’t know the intricacies of law to describe or are kind of chintzy. The prosecution is arguing that the officers could have let Daunte drive off. Sure they could have, but at what point do you close the PD and call it a day then? If you can’t arrest scum like Daunte Wright because he’s in a car and the car could be dangerous, then you might as well just put a lid on law enforcement.

And you know who else could have done something to prevent the death of Daunte Wright? Daunte.

Daunte Wright was not killed because of an air freshener. He was killed because the totality of his actions put him on a crash course with mortality. This was never an individual destined to die old.

Sorry… The most obvious thing I missed: “Taser taser taser!” and then gunshot.

This is the crux of the prosecution’s argument. No one is assuming that she meant to shoot him and was shouting false instructions. The prosecution hasn’t stipulated it, but you can tell from their questions that they’ve given up on this not being an accident. The entire interaction from “please step out of the car” to the single shot was 32 seconds, there’s muscle memory involved, and it was a high-stress interaction. It’s also obvious she thought she was holding the taser for a couple of other reasons: She pulled the trigger once, which is standard for a taser but not a gun, and her reaction was too immediate and emotional, in my opinion, not to be legitimate.

Once you get past this being intentional, there are two arguments:

The state is arguing that Potter acted recklessly, that she had training enough and the weapons were different enough that she should never have drawn the wrong weapon. They’re also arguing that shooting into a car is reckless, because regardless of whether the weapon is a taser or a gun, the person you shoot could seize or slump and put his foot on the gas, and that creates a dangerous situation, not only for the person you shoot, but the passenger of the car, oncoming traffic, and yourself. This argument, I think, is weak… Policy wouldn’t have held the officers responsible had they backed off, but police work is risky, and to an extent, we need them to make decisions like this in order to arrest the people that don’t go along quietly… Which I assume is most of them.

The defense is arguing that while Potter obviously meant to grab the taser instead of the gun, the facts of the case are such that Potter could have grabbed the gun and been justified in shooting Daunte. This is, I think, convincing, especially seeing as how the defense has gotten three of the prosecution’s witnesses to say so. The state is trying a narrative that is almost textbook cumulative (from my lay Googling of the term after Earl Grey made the “cumulative” objection for the 6th time, which I’d never heard before.) and beside the dangers of a mistrial, part of the problem with calling half of the entire police department to say the same damn things is that some of them won’t be sympathetic to your actions, they see themselves in that situation, and damn right, they’d have done the same thing.

And it bears note… These are all criminal arguments. I’m of the opinion that Potter and/or the BCPD will end up paying civilly.

14 thoughts on “Comment Of The Day: “The Police Traffic Stop Ethics Dilemma””