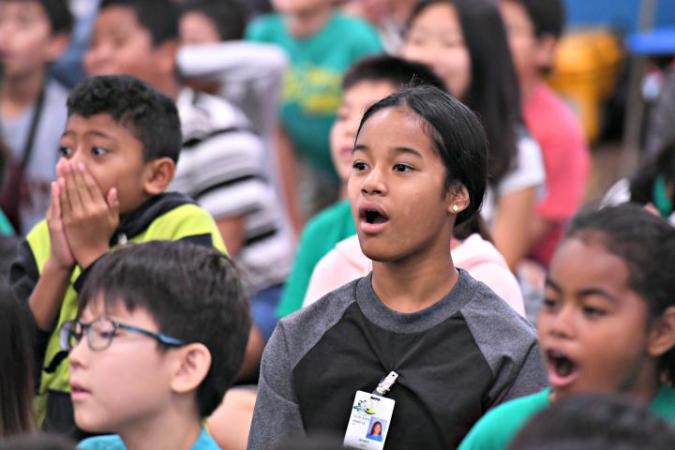 I usually use this video clip…

That real life George is Kevin Welchel, who was teaching at Klein Collins High School in Harris County, Texas and secretly watching pornography on a school laptop while his class was taking a quiz. The pornography suddenly popped up on the smart board connected to the teacher’s school-issued laptop, resulting in it being displayed on a classroom projector for several second until Welchel took it down, district officials said.

Uh, too late, you moron.

The teacher was “immediately removed and is no longer employed by the district,” confirmed Justin Elbert, executive director of communications for the district. “Law enforcement filed charges that have been accepted by the district attorney’s office, and all appropriate legal action will be taken to the fullest extent of the law. The district does not tolerate such completely unacceptable conduct.”

Well that’s certainly a relief! Welchel was charged with “display of harmful material to a minor, ” a Class A misdemeanor punishable by up to a year in jail and a fine of up to $4,000.

Other observations in addition to the obvious “What an idiot!”…