Valkygrrl tipped me off to the Supreme Court case of Patel v. Garland, a 5-4 decision involving both ethics and law. It’s almost too complicated to describe, so I recommend you read it, including Justice Gorsuch’s dissent, here.

It’s a terrific example of where the role of the Court diverges from what the average citizen thinks it is. The majority held that federal law bars courts from reviewing a judge’s alleged factual error in an immigration matter: Patel was held to have forfeited his chance at getting back on a path to citizenship because he had—mistakenly, he claims—stated falsely that he was a citizen on a key document. The trial judge ruled that this was intentional; Gorsuch states that this was an obvious error on the judge’s part, and that justice demands a judicial reversal. The conservative majority held that the decision could not be reviewed one way or the other.

“Today, the court holds that a federal bureaucracy can make an obvious factual error, one that will result in an individual’s removal from this country, and nothing can be done about it,” Gorsuch wrote. “No court may even hear the case. It is a bold claim promising dire consequences for countless lawful immigrants.” But the majority, in opinion by Justice Barrett, said federal law bans judicial review of decisions by immigration judges that deny discretionary relief from deportation, and the ban also prevents judicial review of factual findings underlying the denial of relief.

As the Waco Kid (“Blazing Saddles”) would say, “Boy, is she strict!”

I don’t understand why Gorsuch is so convinced Patel is being honest when he says he checked the wrong box by accident. Nor was he exactly a “lawful immigrant”: he came to the U.S. illegally to begin with.

1. From the “Quotes that would instantly make up my mind about who to vote for” Dept.: Kathy Burnett, one of the Republicans on the ballot in the GOP primary to determine who runs for the open U.S. Senate seat in Pennsylvania (Dr. Oz is among her competition, and the Trump endorsed candidate), was asked if she would support whoever got the nomination if she didn’t, and said,

“I have no intentions of supporting globalists. I believe we have ran out of room on this runway for this spaceship. I believe we have very little rope left to just roll the dice and we’ll see how it all works out on the other end. I believe our country is in trouble. I don’t believe we have much longer and I believe what I have done is I have made it possible where Pennsylvanians do not have to hold their nose and vote for the lesser of two evils this time. I don’t think we have room to just vote for any old warm body with an R next to their name. I think we can do better than that.”

The fact that someone who talks and thinks like that can even be this close to a seat in the Senate is sufficient reason to start looking for a real spaceship. 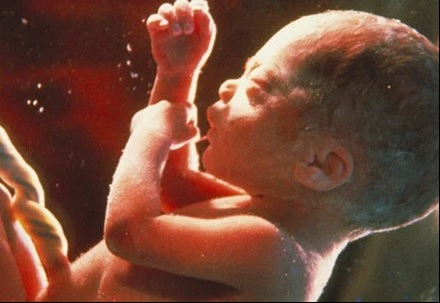 ..is fair game for any reason whatsoever. One way the reversal of Roe might tilt the societal consensus toward the lives at stake is that officials like Adams will make such demands, and casual supporters of “choice” will finally focus on what the issue is.

3. And since we’re talking about that…here’s the way the Associated Press reported on the supply chain breakdown that has supermarkets running out of infant formula: “GOP’s new midterm attack: Blaming Biden for formula shortage” One of the tell-tale signs of the news media’s unprofessional and shameless pro-Democratic bias is that when the Republicans botch something, the botch is the story, but when Democrats botch something, the story is that Republicans are “pouncing”—you know, like a creature.

4. That damn Constitution thingy again... Dropbox’s Senior Director of Product Design Jasmin Friedl said on Twitter that she was “prioritizing” people of color in hiring:

First up, I care deeply about building teams that represent the communities we work in and the people we serveI also deeply care about equity in hiring. Therefore, I choose to prioritize folks in our BIPOC [“Black and Indigenous People of Color”] and URM [“underrepresented minorities]”communities.

That’s really considerate of her. When Drop Box is sued for violating the equal opportunity employment requirements required by the Civil Rights Act of 1964, the plaintiff’s lawyers won’t have to do much research at all.

5. It’s about time I had something good to write about Yale Law School: one of its professors has integrity!  Yale Law School professor Akhil Amar, a self-described liberal who is pro-choice on abortion policy, agrees that Roe v. Wade was a bad decision and deserves to be overturned. Writing in the Wall Street Journal, Amar persuasively debunks the hysteria, writing in part that Justice Blackmun’s much criticized majority opinion…

…lacks solid grounding in the Constitution itself, as Justice Alito demonstrates at length in his leaked Dobbs draft…In Roe, the Court did not even quote the constitutional language it purported to interpret in handing down its ruling—the Due Process Clause of the 14th Amendment. That clause holds that the government may not deprive any person of “life, liberty or property, without due process of law”—that is, without fair legal procedures, such as impartial judges and juries, defense attorneys and the like. The Texas abortion law at issue in Roe in fact provided for fair courtroom procedures, which made the decision’s “due process” argument textual gibberish…Does Justice Alito’s draft, as many are now claiming, inflict collateral damage on other areas of constitutional case law, such as the Warren Court’s precedents on contraception and interracial marriage? It does not. In fact, the Dobbs draft reinforces these iconic opinions by explaining why they were right—namely, because the freedoms recognized in these cases were “deeply rooted in the Nation’s history and tradition.”…In the 1972 case of Eisenstadt v. Baird, the Court extended Griswold to invalidate a Massachusetts statute that banned the distribution of contraceptives to unmarried individuals. By then, such laws were fast becoming outliers in America, rarely enforced even if on the books.

The problem is that the professor is trying to argue laws and facts against opposition that is almost entirely driven by emotion, fear-mongering, dishonesty and hysteria.