Scattered thoughts, because my brain is melting... 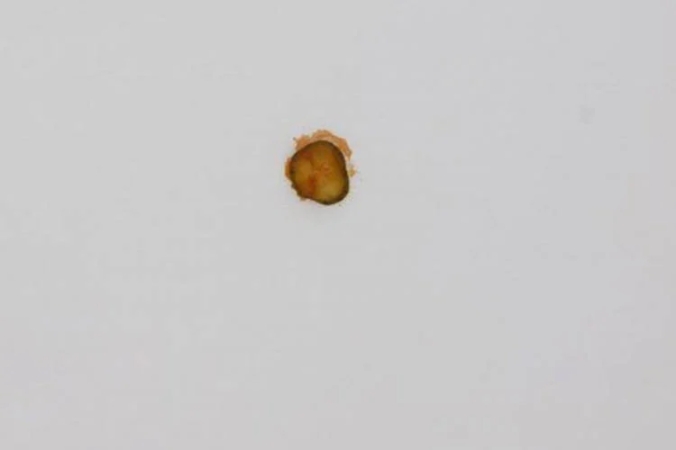 …is a pickle stuck on the ceiling. Titled “Pickle,” the “thought-provoking artwork” is the work of Australian artist Matthew Griffin. It is now on display at the Michael Lett Gallery in Auckland., and consists of that ketchup-smeared pickle slice, attached to the ceiling of the art gallery. It’s price tag is  10,000 New Zealand dollars, or $6,200 American.

1. Speaking of pronouns...this is an actual opening to a CNN story:

Demi Lovato, the singer and former Disney Channel actor, has started to use “she” pronouns again. Lovato, who in 2021 came out as nonbinary and changed their pronouns to “they,” said…that they’ve “been feeling more feminine” recently and adopted their former pronouns.

Make sense out of that. Why is CNN calling her they when the story is about how they are (is?) no longer they but she?

What kinds of groveling idiots let narcissists jerk them around like this?

2. Most unethical defense of abortion of the week…goes to the smart member of “The View’s” idiotic panel (well smarter, anyway), Whoopie Goldberg, who got on a kick claiming that God approves of abortion, or something…

As you know, God doesn’t make mistakes. God made us smart enough to know when it wasn’t going to work for us. That’s the beauty of giving us freedom of choice…I also know that God made me smart enough to know that if there are alternatives out there that can work for me, I will investigate them, but I also know God said, ‘Do unto others as you would have them do unto you.’ I will not make that decision for anybody.

Wait, was Whoopi saying she would want to be aborted? Her version of God’s way would also seem to rule out all laws, since they constrain the freedom of choice.

Remember, ABC gives this muddled woman and her dimmer compatriots a high-profile platform to mislead, misinform and confuse vulnerable members of the public.

3. Trump’s an asshole. But you knew that. I hope. In Missouri, where Senator Roy Blunt (R) is retiring, the top two GOP candidates for the Senate seat in the primary were current Missouri Attorney General Eric Schmitt, and former Missouri Governor Eric Greitens. Greitens, a Trump loyalist, is corrupt, tone-deaf, and unfit.  Lately his now ex-wife is claiming that he abused both her and their child. Called upon to endorse one candidate, Donald Trump decided to troll everyone. “I am therefore proud to announce that ERIC has my Complete and Total Endorsement!” he announced.

4. Cell phone vigilantism. Oh, fine, this is all we need. Lilly Simon, a  Brooklyn, woman, lives with neurofibromatosis type 1, a genetic condition that causes tumors to grow at her nerve endings. Someone videoed Simon as she was riding the subway last month during her commute.The video was later posted to TikTok with a monkey emoji and a question mark, suggesting that Simon might be riding the subway with an active case of monkeypox, which has been declared  global health emergency by the World Health Organization.

I am now adopting the practice of  many populations in other cultures. You don’t have permission to film me or take my photo. I do not consent to being harassed via YouTube or TikTok. At very least, we need to establish this epidemic practice (Double use there!) as unethical.

5. It isn’t just the White House’s paid liar who doesn’t understand Dobbs. Ann Althouse flagged Politico’s article, “How Ruth Bader Ginsburg Will Have The Last Laugh on Samuel Alito/The Dobbs decision is clearing the political ground for a resolution in favor of abortion rights.”

Before Ann went off on one of her tangents, this time about the implications of “last laugh,” she neatly pointed out what’s so dumb about the piece’s premise: “I will state the obvious: Alito’s written opinion is not about preventing abortion, but about allowing the issue to be decided through the political process.” The opinion didn’t ban abortion, or even disapprove of it. Alito banned the Supreme Court usurping a matter that properly should be left with the public and its elected representatives.

25 thoughts on “Afternoon Ethics Warm-Up On A Day That Needs No Warming, 8/4/22: Pronouns And Other Confusions”