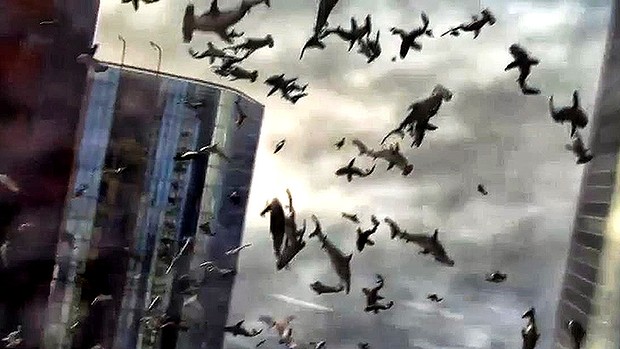 In addition to perfectly encapsulating the insanity of our times and being unintentionally hilarious, the Washington Post headline, “‘Shark Week’ lacks diversity, overrepresents men named Mike, scientists say” also did society a favor by triggering Chris Marschner’s Comment of the Day.

He has a lot of interesting observations here, as well as revelations about something I know absolutely nothing about, sea exploration, that wasn’t explained in old re-runs of “Sea Hunt.”

Here is Chris’s Comment of the Day on the EA post about the dumbest serious headline of the year...

Have any of the researchers currently studying the number of times white males are showcased on these series actually pitched an idea to Discovery? I don’t think Discovery Channel calls guys named Mike to do a show for them about sharks. The only Mike that I am aware of on the series is Mike Rowe who has developed a number of programs for the Discovery Channel, most notably Dirty Jobs. I suppose because I don’t see a lot of women cleaning hog pens or standing next to a blast furnace that too is discriminatory. What that Mike has done for making non-white collar jobs desirable and dignified is what most of us should aspire to emulate.

Yes, most of the shows do focus on the shark’s hunting behavior but the attacks showcased are not about attacks on humans but on prey species. Nothing captures the viewer like an 8-foot, 2000 pound Great White breach the surface as it hunts a seal (or a replica of one). The replicas are scientific instruments that take various measurements such as bite force and jaw size. When the focus is on the hunting behaviors of other pelagic species, the focus on speed and tactics. As a diver, I want to know as much about the behavior of certain species that I may encounter in the wild. One of my most favorite dives was a wreck called the Proteus where I had the privilege of swimming with over three dozen 6-8 foot Sand Tiger sharks. When I tell people about my diving, I often hear women claim they would not attempt to dive with sharks. Men probably think the same but are less inclined to admit it.

I have no idea how many shark researchers are female or male, how many ever venture out to sea or if they do their research in a lab environment. I seriously question the veracity of anyone who claims there are more of one gender in a narrow field. Marine biology does seem to be attractive to women, but the field is so broad that not every marine biology graduate winds up working with sharks.

Living on a research vessel for weeks at a time is not exactly that of being on a Carnival cruise liner. Even smaller vessels that go out for the day will beat the crap out of you most days. Hell, just going out 20 miles off the coast of North Carolina will cause most people to be chumming the waters out and back. I know, because I spent a lot of days wondering why I decided to go on this dive trip as I tried mightily to keep my eyes on the horizon while the boat ploughed through 5-foot swells which by the way are relatively mild for most days. When you get to the site, the boat pitches and rolls tossing you around making your life even more miserable. The smell of decaying sealife that clings to your wetsuits when mixed with the acrid diesel exhaust makes for a long, often cold and damp, day. The idea that the seas are calm, and the skies are sunny for the Discovery teams is created through the magic of editing. You cannot drop a shark cage over the side when the boat is pitching so we get to see only those days when the conditions are perfect.

There can be a lot of factors that result in few women or minorities seen on shows such as these. Before I can state that some type of discrimination is taking place, I would need to know how many of these persons who are heralding the study have taken the time to find out how many women or minorities have been turned down for being central figures portrayed in these programs. And as the left likes to say if you are unhappy with your treatment go out and build your own series.

5 thoughts on “Comment Of The Day: “Dispatches From The Great Stupid, “D.E.I.” Division: This Story From The Washington Post Was Not A Joke…””