This is how my mind works: a cowardly, foolish and irresponsible university does a double-backflip policy reversal after pandering to Muslim bullies on campus, and my mind immediately goes to Emily Litella’s SNL catchphrase, the U.S. News controversy over school rankings (which was supposed to be this morning’s  opening piece) and…Cracker Barrel. In fact, now that I think about it, it’s quite conceivable that the same   weenies who were running Cracker Barrel a while back are now in charge of Hamline, a small and evidently crummy Minnesota university.

Regarding Emily: after its obviously outrageous mistreatment of an adjunct art professor in response to an in-class controversy (described at Ethics Alarms earlier this month) properly attracted harsh criticism from all sides, the unjustly maligned and sacked teacher sued. Then Hamline folded like a tyro facing Amarillo Slim in Texas Hold’em. Hamline’s president, Fayneese S. Miller, had puffed herself up like a woke bullfrog to virtue-signal about how respect for the Muslim students “should have superseded academic freedom.” In this case, “respect” meant ignoring the fact that some Muslim students were throwing a fit over an art teacher teaching art that some extreme sects of their religion think should be taboo (Some Muslims don’t like freedom of expression, and might kill you to prove it) even though the course instructor had given them ample warning and opportunity to avoid the Satanic spectacle of viewing this famous painting…. 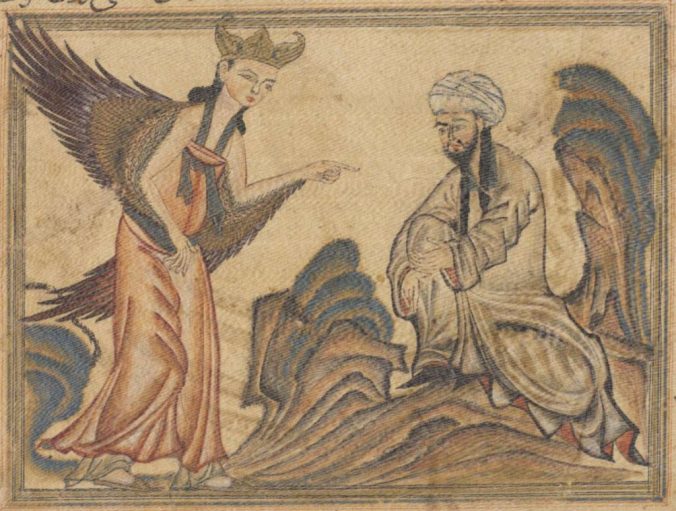 .After all, letting the inmates run the asylum is what a lot of wokey schools do these days. But once the notice of the lawsuit was received, and Hamline’s lawyers informed the school’s leadership that they were going to lose and lose big, Fayneese, together with the chair of the university’s board of trustees who was  probably holding a shiv to Miller’s kidney, litella-ed this pathetic retraction:

“Like all organizations, sometimes we misstep. In the interest of hearing from and supporting our Muslim students, language was used that does not reflect our sentiments on academic freedom. Based on all that we have learned, we have determined that our usage of the term ‘Islamophobic’ was therefore flawed. It was never our intent to suggest that academic freedom is of lower concern or value than our students — care does not ‘supersede’ academic freedom, the two coexist.”

It was never her intent to say exactly what she said. “What they learned” is that actions have consequences, and when you accuse an honest and fair teacher of being a bigot and fire her just to avoid having to tell students they are full of it, you are going to pay even in the Age of the Great Stupid. Their use of Islamaphobic wasn’t flawed: the whole school is flawed. Nobody should want to work there or get a degree there. Miller needs to be fired, obviously, but a system and culture that hired such a toxic fool needs to be cleared out and replaced as well.

Why waste the time? Just close the place. There are other schools.

The lawyer for Dr. López Prater, the abused lecturer, says that being labeled Islamophobic would follow his client “throughout her career” and hurt her ability to obtain a tenure-track position. He also said that the university’s “new stance” would not affect the lawsuit.

The case made me think of the still roiling U.S. News school ranking mess because as it looks for new criteria (now that elite schools want to withhold information so they can start ways to get around the coming affirmative action ban), I think U.S. News should consider a “run by spineless, principle-free unethical weenies” category. Look out, Yale, Harvard, and Georgetown Law!

…Which brings me to Cracker Barrel. You may recall that it hamlined in 2013, when “Duck Dynasty” was the rage and series star Phil Robertson said something politically incorrect about gays, The company pulled all of its “Duck Dynasty” merchandise with a weaselly statement that Ethics Alarms translated as,

‘We at Cracker Barrel have no principles whatsoever. We are a blank slate; we go with the flow. There is no right or wrong for us: whatever position we feel we have to hold to get the most people to buy our products, you can count on us. If 51% of America begins worshiping Baal, hey, sacrifice a goat for HIM in our name, because we’re all in. If the majority want to ban, hey, anything or anyone, we’re in full agreement. We aim to please, in any way that helps our bottom line.’

Then, when its market appeared to be siding with Phil, religious freedom and free speech, the company reversed itself and decided “Phil”Duck Dynasty” was the salt of the earth. I wrote,

I have no respect for Cracker Barrel whatsoever.

Who cares whether such a feckless company is on their side or not?

Hamline deserves less of my respect, or anyone’s, than Cracker Barrel.