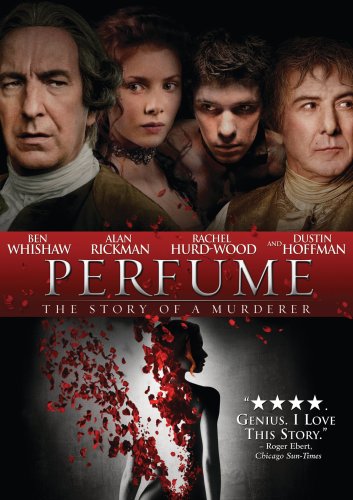 Agreed: this is scary. We're not there yet. We don't even know if "there" exists.

A recent article on the web that purported to explore the ethics of “scent branding” was fascinating for two reasons.

First, “scent branding” is a term I had never encountered before, for a practice that I had not focused on. About five seconds of thought, however, made me realize that indeed I was aware of the phenomenon, and had been for quite a while. “Scent branding”—using fragrances in a commercial environment to create a desired atmosphere and to prompt positive feelings, recollections and emotions from patrons—has been around a long, long time, though not under that label. When funeral parlors made sure that their premises smelled of flowers rather than formaldehyde, that was a form of scent branding. Progress in the science of scent allowed other businesses to get into the act: I was first conscious of the intentional use of smell when I spent a vacation at the Walt Disney World Polynesian Villages Resort. The lobby and the rooms had a powerful “tropical paradise” scent, a mixture of beach smells, torches and exotic fauna. It was obviously fake, like much in Disney World; also like much in Disney World, I found it effective, pleasant, and fun. I certainly didn’t think of it as unethical. I was normal in those days, however.

The second aspect of the article, entitled “Is it Ethical to Scent Brand Public Places?”, that caught my attention was that it had an obvious agenda. The piece was opposed to scent branding, and set out to find the practice unethical in order to justify condemning it. END_OF_DOCUMENT_TOKEN_TO_BE_REPLACED 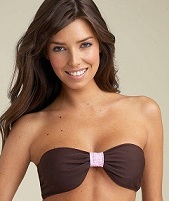 "And to think..our little girl is only eight!"

The current spring line for Abercrombie Kids, a division of the fashion company dedicated to 8-14 year olds, is the “Ashley” Push-Up Triangle – a triangular-shaped bikini top which comes complete with thick padding for breast enhancement. And you thought Wal-Mart marketing cosmetics to twelve-year-olds was ominous. END_OF_DOCUMENT_TOKEN_TO_BE_REPLACED