Unfortunately, it will be a while before I get to the next ethics topic. Accompanied by the ProEthics acting troupe, The Ethical Arts Players, I’ll be running not just one but two harassment awareness and avoidance trainings today. Avoiding harassing conduct is only applied ethics after all; it should be easy, but it isn’t.

I’ll be talking about some high profile cases that have been discussed here: the Trump-Billy Bush video, naturally; Ellen Degeneris’s cute sexual harassment of Jake Gyllenhaal on television that nobody complained about because…she’s Ellen! ; and the most relevant of all for the group I’ll be talking to, made up of scientists and academics, this story.

Sexual harassers come in many varieties, and this reminds me that I need to write more about the topic. Here are 15 types that have been identified in the wild so far, but hybrids and mutants are also out there:

But it’s nice to know that some people at CNN now know how Billy Bush felt.

A website called FTVLive  obtained video of CNN’s Suzanne Malveaux talking to her crew and her producer before going live on CNN, as they waited for Trump’s  press conference. His plane to yet land.

On the video, a producer can be heard saying “When I do this, it means his plane’s landed’ and later, she seems to be saying, dead-pan”That means his plane’s crashed….just kidding” There is some incomprehensible chatter briefly after that.

Thanks to some websites like Mediaite on a slow news day, this gourmet “nothingburger” was widely and critically circulated. “The crew decided to joke around about a pretty grisly topic,” intoned Mediaite’s  Justin Baragona.

This, believe it or not, prompted CNN to issue an apology! This…

“An unfortunate and inappropriate remark was made by one of our producers off camera yesterday. We have apologized to the Trump transition team, and the Producer has been disciplined.”

Oh, balderdash. There was nothing “unfortunate and inappropriate” about that comment, which was not an expression of hostility to Trump, or anything else but on the job self-mockery. I would make that joke. I have made essentially that joke in various settings. At a surprise party for my mother, for example: “OK, I’ll make this sign when she’s coming up the walk, this sign when she’s at the door, this sign if she trips at the door and falls down the stairs, and this sign if she’s attacked by the neighbor’s dog.”  So what? (It got a big laugh by the way. Would Justin have laughed? I don’t care.) END_OF_DOCUMENT_TOKEN_TO_BE_REPLACED

That was a rhetorical question. It isn’t okay. It’s sexual harassment. It’s a double standard. And it’s wrong.

I must admit, I’m kind of ticked off about it.

Jake Gyllenhaal is a marvelous and attractive young actor, currently starring on Broadway in the revival of Sondheim’s “Sunday in the Park With George.” He’s also a favorite guest of Ellen Degeneris, America’s favorite openly gay TV talk show host. I don’t usually watch “Ellen,” but I was in a dentist’s chair getting SIX cavities filled (Remember Dudley Moore in “10”? Like that.) and that was on the telly while I was suffering.

Ellen spent easily five minutes nagging Jake to take off his shirt. Well, it’s possible it was less: time seems to pass slowly when you are watching a famous and beloved Hillary Clinton supporter engage in unethical sexual conduct that is far, far more substantive than anything Billy Bush did when he was caught on tape with Donald Trump, and there are drills, rubber devices, cotton and random finger in your mouth. 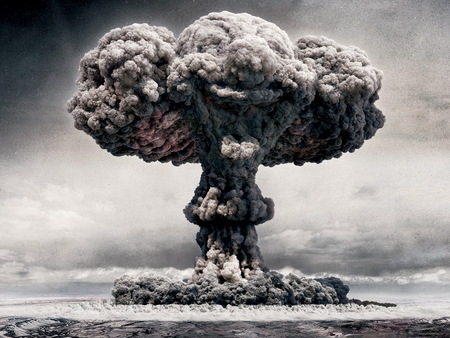 Now I think understand why Ann Althouse, an intelligent, rational lawyer and law professor, has begun holding a “Most Loved Rat” contest on her blog to see which of her rat doodles are most popular. I’m less creative, I guess (though I also draw good rat cartoons!)—my head just explodes. It exploded last night.

It’s hard to explain exactly what did it.  Here I was, watching a series of baseball play-off games (since the Red Sox had been eliminated by the Cleveland Indians the day before), and Neil Patrick Harris appeared yet again to tell me that “Heineken Light makes it OK to flip another man’s meat.” (I wrote about the gratuitous vulgarity of this ad here. Apparently this makes me a homophobe.) 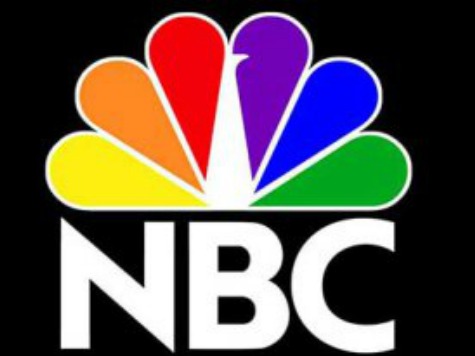 NBC deserves to be condemned for its conduct in many ways in reference to the Trump Pussy Tape episode, going back eleven years.

1. NBC technicians allowed Trump to continue talking without his realizing that his microphone was on. Unethical, and unprofessional, as well as a pure Golden Rule violation. Basic decency, fairness and professionalism requires that when a guest is doing this, his mistake must be  made known to him at the earliest possible time. This is the rule when someone continues to speak on a conference call believing the call has ended. It is the ethical thing to do  when you are in a bathroom stall and your opponents in a law suit start discussing strategy while they are washing their hands. I have several times, at taped seminars, begun to answer questions during a break and realized that I was still being recorded. Sometimes a technician has reminded me. Worse (but funnier) I have done a full “Naked Gun”, using the Men’s Room while wearing a live mic…and the technician dashed in to get me to turn it off, just in time. (Well, almost.) Allowing a guest to embarrass himself on tape as Trump did is despicable and unprofessional in every way.

2. NBC betrayed its own employee, Billy Bush, by not alerting him, either.  Disloyal, unfair, and uncaring.

3. Once the recording was made, it should have been destroyed as soon as anyone in authority realized the participants were speaking without knowing the mics were on.

4. Attorney Robert Barnes makes a compelling argument that NBC’s conduct violated California Penal Code 632, which criminalizes the act of any person who “without the consent of all parties” records their conversations. Of course, violating the law is also unethical. Trump might  have a just lawsuit, though the damage can’t be undone: the pussy’s out of the bag, so to speak.

5. Bush, as an NBC employee, should have been told about the recording and its contents long, long before it was made public. NBC was obligated to inform him as a basic courtesy. END_OF_DOCUMENT_TOKEN_TO_BE_REPLACED

Ethics Alarms works best when commenters take a post and extend the issue to the next stage, expanding the inquiry and making useful observations. This Comment of the Day by Charles Green is an example. I had just written three posts (including this, and this, that related to Charles’ commentary more closely than the post it actually followed) about various ethics aspects of the Trump-Billy Bush tape and the reaction to it, and Charles flagged enough additional material for a fourth.

Here is his Comment of the Day on the post, Donald Trump “When You’re A Star, They Let You Do It” Apology, Take Two! (I’ll be back to add a bit to Charles’ points at the end.)

Trump is of course a troglodyte. But Jack, this is an ethics swamp – look at all the other arguments showing up.

The most obvious one is Billy Bush’s “It was a long time ago.” So, there’s a statute of limitations on unethical behavior? (Trump went him one worse, saying that was ten years ago – and look at what Clinton did 20 years ago!).

But there’s another meme that keeps showing up. For example, Mitch McConnell saying, “I have daughters, and I…” So, is what Trump said inoffensive if you only have sons and brothers?

Mike Pence says, “As a husband and a father” he was offended. So, my single childless son shouldn’t be offended?

Jeb Bush says, “As the grandfather of two girls…reprehensible…degrading…” Jeez, do you have to be a grandpa before you can be offended?

What about Paul Ryan, saying, “Women should be championed and revered.” As a friend of mine says, “Would that be like a Special Olympics athlete? Or the biblical Mary?”

In their own bizarre way, these conditional statements are as ethically suspect as Trump apologizing “if I offended anyone.”

As someone might have said, “What difference does it make!?”

END_OF_DOCUMENT_TOKEN_TO_BE_REPLACED

Cynical, principle-free morons, every single one.

Everyone knew that Donald Trump was a low-life, belonging in the political genus containing human leaches and anthropomorphic pond scum, long before he even announced his candidacy. They knew or should have known, to apply a common legal standard. I’m no genius, but the millisecond his joke candidacy for President began smelling viable back in August 0f 2015, I wrote here what GOP leaders with any sense or integrity should have known without me having to write a word. They needed to tell Trump to go haunt a casino somewhere, because he wasn’t fit to represent the Republican party as a candidate—not as President, not as dogcatcher, not as a gag on a Saturday Night Live skit.

Nahh! GOP Chair Reince Priebus —Fun Fact: Did you know that “Reince” means “spineless tool”? Well, it does now!-–apparently thought Trump would bring a little pizzazz, publicity and new voters to the GOP primary campaign. Well, it sure did that, didn’t it, Reince, you pathetic failure as a leader, manager, Republican and an American? END_OF_DOCUMENT_TOKEN_TO_BE_REPLACED

A leaked audio  obtained and released by the Washington Post has Donald Trump commenting to media personality Billy Bush about his attempts to bed a married woman, a few months months after he married Melania Trump, his third wife. When he sees a beautiful woman, the GOP standard-bearer said, he  kisses her without consent.  “When you’re a star, they let you do it. You can do anything,” he explains. He describes a married woman who wouldn’t sleep with him by making fun of her as having“phony tits.” Then he advises Bush, “Grab them by the pussy.”

But not surprising. Not even a little bit.

1. CNN’s senior White House correspondent Jim Acosta believes this may finish Trump’s presidential campaign. Utter incompetence and confirmation bias: why does anyone listen to “experts” this dense? Acosta, and I’m sure he has lots of company, apparently has learned nothing over the past year. What kind of person who currently supports Trump despite his constant vulgarity, misogyny, meanness, dishonesty, irresponsible statements and foolishness would regard this unremarkable male jerkishness as a last straw? Of course he talks like that. I never had any doubt that he talked like that, just as I never doubted that Hillary Clinton regarded Bernie’s supporters as gullible children, as a recent leak of her candid comments revealed. Did you think Trump talked about women differently than this when he was with other guys? END_OF_DOCUMENT_TOKEN_TO_BE_REPLACED