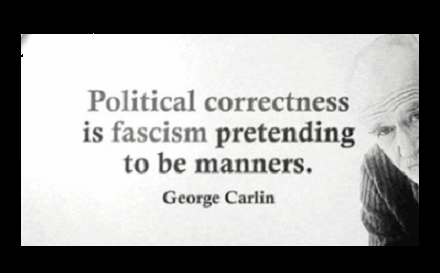 Although to be fair, I should have seen this line coming. His old show was called “Politically Incorrect,” after all.

As he does periodically, the generally despicable HBO clown nose on-clown nose off  pseudopundit, whom left-wing pundits and politicians grovel to in order to be cheered by his studio audience of  ex-Occupy Wall Street campers, Bernie bros and you know, morons, bucked a progressive talking-point by saying, essentially, that it was stupid.

This one was particularly low-hanging fruit for Maher, as it should be for anyone: he said, admittedly in the most vulgar and tasteless way  imaginable, that the Virus That Came From China should be called a Chinese virus (or variations thereof, like the Wuhan virus name I use on Ethics Alarms and explained why here) and that saying it is racist to do so is cretinous. In Bill’s words,

“Scientists, who are generally pretty liberal, have been naming diseases after the places they came from for a very long time. Zika is from the Zika Forest, Ebola from the Ebola River, hantavirus the Hantan River.There’s the West Nile virus and Guinea worm and Rocky Mountain spotted fever and, of course, the Spanish flu. MERS stands for Middle East respiratory syndrome. It’s plastered all over airports, and no one blogs about it. So why should China get a pass?”

Then Maher did a nice takedown of a characteristic tweet by Rep. Ted Lieu, who embarrasses the U.S. Congress, his state (California), his party (Democrats) and his district roughly every time he says anything. He had tweeted on this issue,

Calling #COVIDー19 the Wuhan Virus is an example of the myopia that allowed it to spread in the US. The virus is not constrained by country or race. Be just as stupid to call it the Milan Virus.

One would think that one of the few things Lieu could speak authoritatively about is being stupid, but no, not even that. Maher correctly reacted,

No, that would be way stupider because it didn’t come from Milan! And if it did, I guarantee we’d be calling it the Milan virus. Jesus fucking Christ!  Can’t we even have a pandemic without getting offended? When they name Lyme Disease after a town in Connecticut the locals didn’t get all ticked off …It scares me that there are people out there who would rather die of the virus than call it by the wrong name.

It scares me that someone like Ted Lieu is in Congress, or, for that matter, walking the streets without a harness and a keeper. Maher continued on his rant,

This isn’t about vilifying a culture. This is about facts. It’s about life and death. We’re barely four months into this pandemic, and the wet markets in China — the ones where exotic animals are sold and consumed — are already starting to reopen.

Sorry, Americans. We’re going to have to ask you to keep two ideas in your head at the same time: This has nothing to do with Asian Americans, and it has everything to do with China .We can’t afford the luxury anymore of nonjudginess towards a country with habits that kill millions of people everywhere because this isn’t the first time. SARS came from China and the bird flu and the Hong Kong flu, the Asian flu. Viruses come from China just like shortstops come from the Dominican Republic. If they were selling nuclear suitcases at these wet markets, would we be so nonjudgmental?”

Naturally, Maher is now being called a racist. The argument that it is racist to call something from China Chinese is itself a miracle, like one of those bacteria that can survive without oxygen or water. There is nothing supporting this argument, yet people still make it, because crying “Racism!” is supposed to stop free expression like holy water stops vampires. Confront someone with a functioning brain with the fact that, as Maher explains, the claim makes no sense whatsoever, you will be told that the real problem is that it gives actual racists an excuse to beat up Asians. With this they are advocating a thug’s veto, or a moron’s veto, or something like that, that just happens to bolster Chinese Communist propaganda.

Even a knee-jerk anti-American like Maher is too smart for be part of that.

I have managed to post twice about the name game, and the ridiculous effort to find some way to justify not identifying the Wuhan virus by its place of origin, a campaign led by, naturally enough, its place of origin. The first post focused on the idea that calling a Chinese virus a Chinese virus was “racist,” a concept so devoid of reason and logic that it made my brain hurt.

The fact that the concept was enthusiastically embraced by such proven blights on the political scene as Rep. Omar was  one major clue that  dastardly motives were involved. This was a pretty much flat out resort to Big Lie #4 in the “resistance” Big Lie tool box, that one being “Trump is a racist/ white supremacist.” It was a short post, because there was no legitimate argument to rebut. END_OF_DOCUMENT_TOKEN_TO_BE_REPLACED 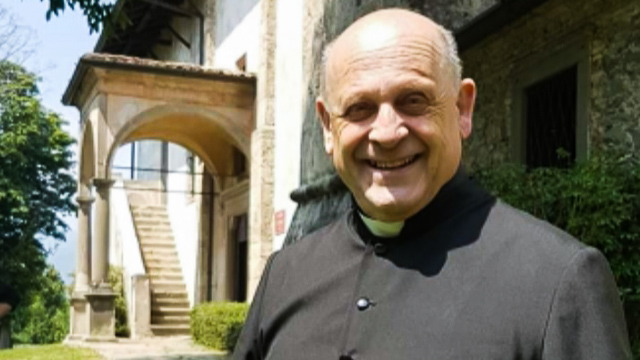 Be sure to tell David Brooks about this..

Don Giuseppe Berardelli, an Italian priest, died from the Wuhan virus after giving up his respirator to a younger patient, a stranger.  The following is from the Google Italian to English translation of this source:

Don Giuseppe had been archpriest of Casnigo for almost fourteen years and would have concluded his mission in Casnigo. He ended it earlier, in a hospital in Lovere, hit by the coronavirus. Already last year he had had health problems. His perennial smile, his availability, but also his activism in the realization of important and expensive works, that smile hid the worries.

He was a simple, straightforward person, with a great kindness and helpfulness towards everyone, believers and non-believers. His greeting was ‘peace and good’. Always friendly and available to the public administration, associations and not only those of the parish, he participated in all the events without ever being intrusive…. He was loved by everyone: his former parishioners still came from Fiorano after years to find him. But he also had an incredible ability to solve economic problems, to knock on the right doors for help.

This is the testimony of Giuseppe Imberti, long mayor of Casnigo: “Don Giuseppe died as a priest.  And I am deeply moved by the fact that the archpriest of Casnigo, Don Giuseppe Berardelli – to whom the parish community had bought a respirator – announced his will to assign it to someone younger than him.” END_OF_DOCUMENT_TOKEN_TO_BE_REPLACED

Incredibly, reporters asked President Trump multiple times yesterday to account for a rumor that one of his aides had referred to the Wuhan virus, aka “Century 21”,  or something like that, as the “Kung Fu Flu.”  (Heh. )

A. It isn’t “racist” if someone, or many people, did use the quip, and B. Why is that even worthy of discussion? I may be wrong, but as the news media’s efforts to use Big Lies to impugn the President are based on slimmer and more trivial excuses, I expect the majority of the public to eventually figure out what’s going on.

Axios just released a time line, based in part on a new study of how the virus took hold in China. It introduces its work this way:

Axios has compiled a timeline of the earliest weeks of the coronavirus outbreak in China, highlighting when the cover-up started and ended — and showing how, during that time, the virus already started spreading around the world, including to the United States.

Why it matters: A study published in March indicated that if Chinese authorities had acted three weeks earlier than they did, the number of coronavirus cases could have been reduced by 95% and its geographic spread limited.

This timeline, compiled from information reported by the Wall Street Journal, the Washington Post, the South China Morning Post and other sources, shows that China’s cover-up and the delay in serious measures to contain the virus lasted about three weeks.

The study, by Southhampton University, is here.

The information indicates clearly that China is accountable. China is responsible for the severity of the pandemic. China deserves to have that responsibility recognized, and those trying to use race-baiting and linguistic stunts to assist in the cover-up are assisting a brutal totalitarian regime. Those who are doing this out of animus for the President are beneath contempt.

No, China should not be asked to pay reparations for its unfortunate role in the crisis, though a recent poll asserts that 42 percent of Americans “feel that China should pay at least some of the world’s coronavirus bills.” This kind of disaster could happen to any nation, though, as you can see in the chart above, it keeps happening to China. It is more likely to happen in a nation like China, that obstructs the free flow of information. It still didn’t intend to infect the world.

However, China should accept responsibility, as well as the shame of having a pandemic named after a Chinese starting point.