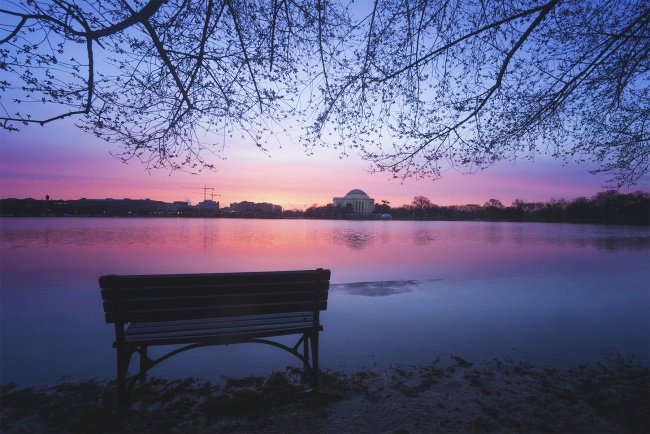 1. “A Nation of Assholes” Update: A congressional intern, can be heard yelling, “Mr. President, fuck you!” at President Trump this week as he arrived at the Capitol for a meeting with Republican lawmakers, as heard in a video clip recorded by NBC’s Frank Thorp. Nice.  This is what “the resistance” and allied Democrats—and Robert De Niro, Samantha Bee, Stephen Colbert and the rest, like Peter Fonda, Jane’s younger, less talented brother, who tweeted, “We should rip Barron Trump from his mother’s arms and put him in a cage with pedophiles and see if mother will stand up against the massive giant asshole she is married to”— have produced. Hold them accountable. Hold the members of Congress who employs her responsible too: she obviously is reflecting the attitude she absorbs in the office all day long.

As that 2015 post makes clear, making someone like Trump our leader, and thus our culture’s ethics role model—yes, that’s how leadership works—does lead to this kind of disgusting, divisive and un-American conduct. However, it doesn’t justify those who sink this low. She must be identified and fired. Those rationalizing her outburst should be rebuked, just as those who tried to justify Rep. Joe Wilson’s unforgivable “You lie!” during an Obama State of the Union address should have been rebuked.

Besides, after she is fired, MSNBC will probably give her a show.

2. You know, such incidents are making it hard for me to maintain my ethical objections to boycotts. Department of Homeland Security Secretary Kirstjen Nielsen was having a working dinner at Cocina Mexicana, a popular Mexican restaurant in Washington, DC.  Protesters from the Metro DC Democratic Socialists of America entered the restaurant and began harassing her, based on the controversy over the handling of illegal immigrant families at the Mexican border. You can read their content-free chants here; the only one that interests me is “”No borders! No walls! Sanctuary for all!”, which is signature significance for a lawless, ignorant fool. She had to leave after about ten minutes.

I won’t eat there, even if someone else is paying. END_OF_DOCUMENT_TOKEN_TO_BE_REPLACED

Making better decisions is essential to making ethical decisions, and a lot of what we discuss here relates to overcoming impediments to unethical thinking and decision-making. This 2012 video is germane to Ethics Alarms; it also includes some of the ideas in Dr. Z’s Rules, which I presented here.

This animated video describes Dr. Robert Cialdini ‘s “six universal principles of persuasion” that people and organizations tend to use to influence the thinking, values and opinions of those of us who are not willing or able to reason in an orderly and unbiased fashion. (Dr. Zimbardo las a somewhat different six). It reflects the research in Dr. Cialdini’s book, “Influence” The Science of Persuasion.”

As those who come here often know, I like to use a variety of approaches and tools. Cialdini’s framework is just one of them, but one worth understanding.

The video is a bit over 11 minutes.

“It was kind of a very rapid process. Everybody was looking forward to getting out of town because of the snowstorm. I think we probably should have had more discussion about it, given the blowback that there is.”

1. I am speechless. Luckily, I can type.

2. The silver lining: at least the Senator just made those regretting President Obama’s election in 2008 feel better. We were spared embarrassing moments like that of President McCain, asked why he sent missiles to destroy Toronto, explaining, “Yeah, I was watching “Family Feud,” had to run to the can, and was distracted. Hey, it happens.” END_OF_DOCUMENT_TOKEN_TO_BE_REPLACED

Tortured. At his Special Needs school. By good people like us.

As I recently wrote to a commenter on another post, Ethics Alarms is not intended to catalogue every prominent example of unethical conduct, and not just because attempting to do so would require a fleet of bloggers. If it is discussed here, an incident usually requires some kind of ethical analysis to determine whether it is ethical or not, or has larger cultural or societal significance. That the incident at the center of this post was unethical (as well as illegal), there can be no doubt, and that, ironically, is why it is worthy of special attention. The conduct is self-evidently horrific and beyond justification, and yet it occurred anyway, in a community, state and nation where virtually every sentient citizen over the age of nine would say that it could never happen—not here, not in the United States of America, not in the land of the free and the home of the brave. The fact that it did happen is both a revelation and a warning.

Film footage under seal since 2002 was finally shown in a Massachusetts courtroom this week. The film shows how the staff of a school for special needs students in Canton, Mass., the Judge Rotenberg Center, strapped a disabled 18-year-old student named Andre McCollins to a table and proceeded to torture him, administering 31 jolts of electricity to the screaming boy over a seven hour period. Lawyers defending the school in a lawsuit have claimed that the atrocity was “treatment,” but other evidence indicates that it was punishment—for  McCollins’ defiance of a teacher’s demands that he remove his jacket in class. END_OF_DOCUMENT_TOKEN_TO_BE_REPLACED

The wise and provocative "Dr. Z" (on the left)

I’m giving ethics seminars to lawyers and accountants today at a non-profit conference in Washington, D.C. While I’m gone, I thought you might want to think about one of the topics I’ll be talking about, the problem of avoiding unethical influences and being co-opted by an unethical culture. What follows are some of the principles advocated by psychologist  Philip Zimbardo, “Dr. Z” to his students, who is best known for devising the infamous Stanford Prison Experiment (it was even made into a movie), that demonstrated to a frightening degree how ethical individuals could engage in horrendous acts when placed in the right (or wrong) environment. Zimbardo has studied, taught and written about this phenomenon extensively, and I find his advice bracing and wise, as well as fodder for debate and discussion. Here it is: END_OF_DOCUMENT_TOKEN_TO_BE_REPLACED