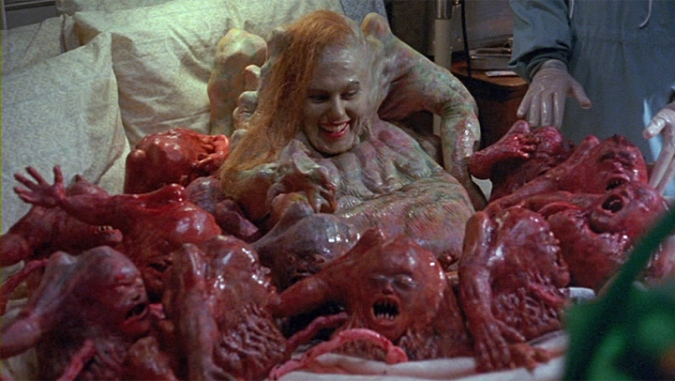 “You know, to just be grossly generalistic, you could put half of Trump’s supporters into what I call the basket of deplorables. Right? The racist, sexist, homophobic, xenophobic, Islamophobic — you name it. And unfortunately there are people like that. And he has lifted them up. He has given voice to their websites that used to only have 11,000 people — now 11 million. He tweets and retweets their offensive, hateful, mean-spirited rhetoric. Now some of those folks — they are irredeemable, but thankfully they are not America.”

—-Democratic nominee Hillary Clinton during a fundraiser—just as Mitt Romney’s infamous “47%”  comment in 2012 was made at a fundraiser!—the LGBT for Hillary Gala in New York City on Sept. 9, 2016.

One of the consistent features of both Clintons is that they engage in so much problematic conduct that often one incident worthy of serious criticism will be knocked out of the headlines by another.

Hillary’s 9/11 “over-heating, well, dehydration, well, ok, since it’s on video, she has pneumonia” fiasco,  demonstrating that suspicions that she and her campaign aren’t being truthful about the state of her health are not “conspiracy theories,” effectively muted discussion about her “basket of deplorables” classic, complete with an imaginary word, “generalistic,” that if it had been uttered by George W. Bush would have been mocked far and wide.

I categorize this as an ethics quote rather than an unethical quote, because it is both ethical and unethical simultaneously. (The Clinton’\s seldom say things that aren’t adaptable to multiple interpretations; this allows them to leap from one to the other, like they are ice floes, when one meaning is justly condemned or found to be false.)

On the ethical side, it is completely fair and accurate to diagnose Trump supporters as deplorable, defined as “lamentable, or deserving censure or contempt.” This doesn’t apply to those conflicted potential voters who have reluctantly decided that in the terrible binary choice Americans have had shoved down their civic gullets by the two incompetent political parties, Donald Trump is preferable to Hillary Clinton. That is not the most responsible choice—it can’t ever be responsible to give such power to an unstable and ignorant boor—but it is an excusable mistake, given the horrible dilemma.

Supporting Trump, however, as in actively wanting him to become President, is as good a definition of “deplorable” as I can imagine. In this respect, Hillary was too generous. 100%, not merely 50%, of Trump’s supporters are deplorable. They lack the values, civic responsibility, understanding of their own nation and its history, or sufficient intelligence to be competent voters.

Thomas Jefferson Center for the Protection of Free Expression (TJC) hands out yearly “awards” to  government agencies that show themselves hostile to free speech.  This year, however, the Jefferson Muzzle Awards were reserved for various colleges, as the increasingly radical left institutions of higher learning, spurred by such groups as Black Lives Matters and the craven administrators who quiver in fear of them, have scarred freedom of expression over the past year in a multitude of ways.

And it’s not funny.