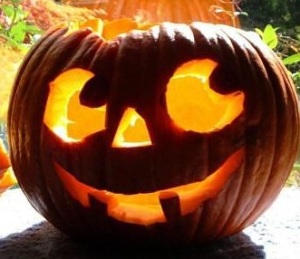 Lawrence Connell, the Widener School of Law criminal law professor placed on administrative leave for using the school Dean in a “violent scenario” to illustrate legal principles to his class, has given a revealing and clarifying interview to the National Association of Scholars website.

This section is most relevant to his current plight, and the fairness of complaints leveled against him by some of his students. It’s also about one of my favorite topics in criminal law, attempt law, which has a significant ethical component, as you will see. But the main point of interest is that includes one of the supposedly racist, sexist, threatening hypotheticals he used.

Q: Can you give me an example of a hypothetical you might have used in class, to which the students who complained might have been referring? Can you describe the context in which you would have used it?

Prof. Connell: Yes, here is one: The Dean has threatened to fire me if she comes to school one more time and finds that I have parked in her designated parking space. Upset about the possibility of losing both my job and the parking space, I bring my .357 to school, get out of my car, put the .357 into my waistband, walk to the top floor where her office is located, open the door to her office, see her seated at her desk, draw my weapon, aim my weapon, and fire my weapon directly into what I believe to be her head. To my surprise, it’s not the Dean at all, but an ingeniously painted pumpkin — a pumpkin that has been intricately painted to look like the Dean. Dick Tracy rushes in and immediately wrestles me to the ground. I am charged with the attempted murder of the Dean.

A retributive argument, on the one hand, is that the attemptor has demonstrated his moral culpability by his bad conduct, and the degree of his punishment should not depend on a fortuitous turn of luck. On the other hand, a retributivist might argue that punishment in the absence of harm is unjust. For retributive purposes, has Connell demonstrated his moral culpability by shooting what he believes to be the Dean? Or does the fact that he merely destroyed a pumpkin suggest that his punishment would be unjust?

A utilitarian argument is that the attemptor’s actions demonstrate his dangerousness. His dangerousness having been established, the attemptor needs to be incapacitated or else he will try again until he succeeds. On the other hand, a utilitarian might argue that imposing punishment for conduct short of causing actual harm will cloud the otherwise bright line between conduct that is punishable and not punishable. Certainty of punishment enhances deterrence, while reducing certainty detracts from it. Should Connell be punished in order to prevent him from completing his intended result? If Connell’s shooting a pumpkin is considered attempted murder, then where do we draw the line?

Attempt law also raises questions about the role of law enforcement in a free society. We want police to capture the people who cause harm, yet we also want police to protect us before harm can occur. On the one hand, a free society does not want punish people who only have bad thoughts or criminal tendencies. On the other hand, we do not want the police to wait so long to intervene that the risk of harm may become inevitable. If we allow law enforcement to intervene before harm is committed, where do we draw the line between conduct that is punishable and conduct that is not?

Now we can, with this new information, clarify several aspects of the incident that were unclear before we knew the tone and content of the actual class hypo. The verdict:

1. This is a legitimate, well thought out hypothetical.

2. There is nothing violent about it.

3. There is nothing sexist or racist about it.

4. Professor Connell is being unjustly persecuted by political correctness zealots.

5. Dean Ammons is both humorless, irresponsible and devoid of common sense and fairness to allow this assault on academic freedom to proceed.

6. I wish I had Prof. Connell for Criminal Law. (Not that my good friend Prof. Heathcliff  Wales, still teaching at Georgetown Law Center, wasn’t great; he was.)

7. Widener University School of Law, its Dean, faculty, and some of its students, have  thoroughly disgraced themselves.

But the best verdict on the hypothetical came from George Washington Law Professor Orrin Kerr, who posted this same section of the interview on The Volokh Conspiracy and wrote:

“Reading over the hypo, I think the conclusion is obvious: Professor Connell has a deep hatred of pumpkins.”

4 thoughts on ““The Strange Case of the Threatening Hypothetical”, Continued: The Verdict Is In!”