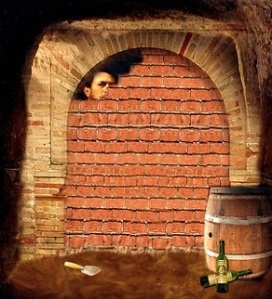 "Oh THAT! You would have cared about THAT?"

Tgt, the ghosts of whose earlier argument in series of comments haunted me prompted a revisit to the issue of murder houses and a seller’s obligation to reveal their history to potential buyers, came back with this Comment of the Day, thought-provoking, as usual:

“…I still want to know the line that determines what ethically does and does not need to be disclosed. It was never settled. This post generally boils down to another emotional appeal that something should be done in some cases. I want to know which cases and why those. Otherwise, my argument holds fast. I don’t see multiple murders (the latest clearly having nothing to do with the earlier ones) as being any more relevant than one murder.

“I also believe Jack misrepresented my position on emotion in general. Us rational humanists still mourn our dead, though we try to celebrate their lives more than anything else. While humans are not special in the concept of the Universe, we understand that we are special to ourselves and in our relations with other people. Humanism is about celebrating human life and relationships.

“As for death specifically, I see no need of a grave or burial rites. A dead body is just decomposing flesh. It does not need to be prayed for and cleansed. The person though, the lasting effects they have had on others, the memories of them – these are all important. I cried when a somewhat distant high school friend died in a freak accident at 17. I sent his family flowers on the anniversary of his death for the next 2 years. Why? Because it let his family know that he wasn’t forgotten, that he made an impact on other lives. It let them knew that people cared… people they only knew by name. I cherish the cards they sent in response.

“Emotional attachment to people and representations of them is human, and is desirable. If someone stole the above mentioned cards from me, I would be hurt, but I would know that they were just physical objects that conveyed emotions from one party to another. Those emotions themselves would be untouched. And that would let me feel the rush of feelings anew.

“It is a common mistake for people to assume atheists and realists reject emotion. As seen above, we don’t reject emotion. We simply reject when people use emotion as a weapon, when people prey upon (or unintentionally abuse) superstitious beliefs and unformed feelings to get people to believe and support causes that are contrary to reality. An emotional reaction to there having been a murder in a house (as opposed to a murder in the driveway, a murder on the land prior to the building of the house, or abuse in the house) is based on superstitious belief. It is really just one of the negative side effects of previous emotional manipulations. Perpetuating it, writing rules based on it (and giving it credence in the process) is exactly the opposite of what should be done. A previous murder occurring at a specific location (so long as the locations wasn’t special) is a trifle. The life of a loved one is immeasurably valuable.”

One thought on “Comment of the Day: “Murder House Ethics and the Validity of Feelings””