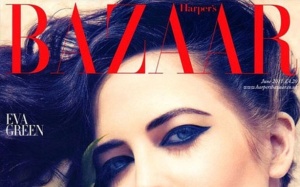 Twenty-eight-year-old Xuedan “Diana” Wang agreed to be an unpaid intern  at Harper’s Bazaar magazine, in order to build her resume and gain experience in a tough job market.  She worked up to 55 hours per week, and presumably got what she bargained for in exchange for her labor. Now, however, she is seeking full compensation for her time, arguing that the Hearst Corp, which owns Harper’s Bazaar, violated the federal Fair Labor Standards Act by letting her work for nothing. Her lawyers are also seeking class action status for her suit, which could eventually include hundreds of interns.

A high-profile class action suit on this issue is welcome, because for-profit companies using unpaid interns is an almost always unethical practice that is so easily and frequently abused that it needs to be banned. I wrote about this in 2010, when the Huffington Post’s management had the gall to auction off unpaid intern positions for up to $9,000–making interns pay them to be allowed to work for nothing. About the considerably less offensive practice of just having unpaid interns rather than making them pay for the privilege, I wrote…

“When a for-profit organization allows an intern to work without compensation, it is 1) taking advantage of workers desperate for experience, 2) skirting the minimum wage laws, and frequently 3) using unpaid interns to take jobs that an unemployed worker could fill. If the internship has no real educational value and consists of medial tasks, it’s unfair to the intern for that reason too. The fact that someone agrees to be mistreated doesn’t relieve a person or an organization from the ethical obligation not to mistreat them. Just because you know you can get someone to work for unfair compensation doesn’t make the compensation fair.”

I stand by that position still. Nonetheless, there is something wrong with the ethics of an intern who accepts an unpaid position after weighing the benefits, and then turns around and sues for back pay as if she was employed in a regular job. Unless she was tricked or misled in some way, and the company was paying employees with comparable experience and credentials to do the same work she was doing gratis, this strikes me as dishonest. If nobody at Harper’s Bazaar coerced Wang and nobody misrepresented what she was agreeing to, the lawsuit calls her ethics into as much question as her cheap employer’s. How do we know this wasn’t a scheme on her part to get a full-time job that she could never have qualified for legitimately? How do we know that she wasn’t fully aware that she was taking a more deserving candidate’s job away by promising to work for nothing? Her law suit says, in effect, “I am outraged that you allowed me to agree to exchange my labor for a credential and experience! Even though I know full well that you would never have hired me for a paid position, I demand that you pay me for a job I only was able to get because I agreed to work for free!”

The law suit will presumably be fought over whether Hearst the six federal requirements that exempt an internship from the labor laws, including the requirements that the internship be similar to the training given in a vocational school or academic institution, that the intern does not displace regular paid workers and that the employer “derives no immediate advantage” from the intern’s activities and is largely a benevolent contribution to the intern. I am satisfied with that, but whatever sanctions and penalties the company should have to suffer if it is shown that they were violating the law should not include having to pay Wang for being complicit in an illegal employment deal.

If the class lawsuit goes forward, I will be rooting for Wang and the interns to win, because the practice of exploiting interns has to stop.

But I wouldn’t employ Wang, based on what I know now. If she won’t be accountable for a bad deal she made herself with her eyes wide-open, and tries to change the terms after her employer has done what it promised and what she accepted, then I don’t trust her.

I don’t trust her to do any job, paid or not.

5 thoughts on “Presenting: The Amazing Law Suit Where Everyone Is Unethical!”