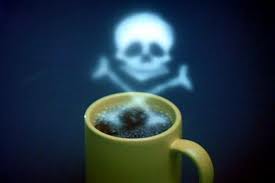 A post this weekend discussed the case of an elementary student who was expelled for showing a pocket knife to friends on school grounds. Dig around in the Ethics Alarms archives, and you’ll find many other “no tolerance” stories in which schools levied harsh punishment for perceived student infractions such as describing murderous fantasies about teachers on Facebook; a pizza bitten into the shape of a gun; taking possession of a knife from another student in order to turn it over to school authorities, and even more outrageous examples. In several of these incidents, the police were called in. You may recall the case from last year in which a Spotsylvania (Va.) high school student was expelled and charged with criminal assault for the equivilent of blowing spit-balls at a student in class.  Now we have a shining example of why this decade-long trend is not only devoid of justice and common sense, but also counter-productive. It undermines the school’s ability to send a coherent message to the students who need it—the truly dangerous.

At Balderas Elementary School in Southeast Fresno, three students, ages ten and eleven, tried to murder their teacher by putting rat poison in her coffee as well as the icing of a cupcake she was offered. They were expelled. You know—like they would be for bringing a butter knife to school, or writing that they wished their teacher had been blown up by Osama Bin Laden, or blowing spitballs….or calling their teacher “cute.”

Expulsion or worse (I have no idea why the would-be teacher poisoners aren’t being prosecuted) is the capital punishment of academia. It is supposed to declare in unequivocal terms that particular conduct is so vile and so destructive to the educational environment that a student forfeits the right to be a student, at least in that institution. When that supposedly ultimate punishment is misused for trivial, technical, or excusable infractions by children no rational person believes are dangerous or even untrustworthy, it loses all meaning. Yes, expulsion can still clear the school of students who are serious disciplinary problems, but it also contributes to a confusion of values among students. Schools are supposed to clarify values. Is calling your teacher cute really as reprehensible as trying to poison her? If the punishment for those two acts are the same, that is what the educational system is teaching.

Fresno teachers are reportedly upset that the homicidal students are being allowed to transfer to other schools.  “I want a clear message sent to those students, I don’t care if you don’t have any prior disciplinary issues,” said one. “You executed a plan bodily injury on an adult, on a teacher and we’re not going to tolerate that.” Yes, just like you aren’t going to tolerate a lot of other things, many of which should be tolerated. Maybe the realization that “no tolerance” policies make it harder to discourage junior Borgias from putting poison in the teacher’s coffee will persuade teachers unions to oppose the imposition of these cruel, cowardly and lazy measures in favor of measured discipline that can distinguish between harmless mistakes and felonies.

I know I’ve written this before, but it bears repeating: “no tolerance” policies teach children that discipline is random and arbitrary, that authority figures abuse power and don’t care about fairness, and that they are trapped for twelve years in a chaotic and hypocritical system lorded over by heartless fools.

It’s almost enough to make them want to poison their teacher’s coffee.

5 thoughts on ““No Tolerance,” Expulsion, and Poisoned Coffee”