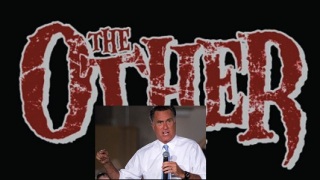 “I’m Barack Obama, and I approved this message.”

I must admit that I could not devote my full attention to last night’s final Presidential debate. I had just seen the latest from President Obama’s attack machine, a television spot approved by Barack Obama, that concludes with the legend, “Mitt Romney—He’s Not One of Us.”  It is an unfair, shocking, miserable, indefensible, dangerous argument to be employed by any party, any candidate, in any race for any office in the United States, at any time in the nation’s history. For it to be employed with the approval of a President of the United States, and this President in particular, should be cause for mourning, but also anger.

If I thought that President Obama was actively involved in releasing this disgrace to his campaign and the ideals he claims to represent, I would have no difficulty concluding that it alone disqualifies him for a second term. I don’t believe that. Perhaps I won’t let myself believe that. One of Obamas myriad weaknesses as a leader, however, is that he tolerates unethical, incompetent and untrustworthy staff and advisors. He trusted his campaign advisors, and they betrayed his trust. Still, he is accountable.

“He’s not one of us” is a direct call to division, bias and bigotry. It has always been so. I have been trying to think of any campaign in which such a tag line wouldn’t have provoked a storm of protest from the national media. Would the Republican have dared to use such a closing statement against Keith Ellison, Congress’s only Muslim? Would Richard Nixon have approved of such an ad when running against John F. Kennedy, trying to become the first Catholic to achieve the White House? Could George W. Bush have survived making the same statement in an ad attacking the Democratic ticket in 2000, with Joe Lieberman running as Vice President? Imagine the condemnation that would have deservedly buried Sen John McCain’s campaign in 2008 if he had endorsed an ad that concluded, “Barack Hussein Obama: He’s not one of us.”

Yet the same man who said, in that same campaign, these words: “If you don’t have a record to run on, then you paint your opponent as someone people should run from”—not Richard Nixon, not John McCain, not George W. Bush—the man who once appealed to idealism and hope by pledging to unite the country and not to engage in the politics of division, has specifically embraced a direct call to bigotry.  That’s what “He’s not one of us” means; that is what it has always meant, and it does mean anything else. For four years, the President’s race-baiting supporters have twisted logic and the English language into pretzels to argue that various statements from his opponents were “coded” appeals to bigotry—“dog whistles.” Some of them may have been, or a least served the useful purpose of being heard that way by those bigoted Americans who were so inclined. “He’s not one of us” however, is not code; it’s direct bigotry. It is code, too, I suppose: the Obama campaign has not (yet) directly attacked Romney on the basis of his much-derided religion, but I’m sure whatever Machiavellian crew of Obama minions who devised this ad knew that it would ring that bell as well.  Primarily, however, the bigotry the ad chooses to salute is the bigotry of Occupy Wall Street, of Marxists, and of class warfare. Romney isn’t “one of us” because he’s rich and successful. He’s the shadowy, menacing, stereotypical  “Other” of tribal anthropology because Mitt Romney has more money than “we” do, and so we should fear, hate, and distrust him. Never mind that America is traditionally a land in which everyone wants to be successful, has the opportunity to be successful, and admires, rather than envies, those who are. Is this really the political and social philosophy of the Democratic Party and Barack Obama? If so, then they are precisely as vile, sinister and anti-American as the most hysterical voices of conservative talk radio have been insisting.

I don’t believe that either. I believe a desperate campaign, without a record to run on and panicking, has abandoned all common sense and decency and crossed a line of campaign hyperbole and rhetoric that must never be crossed. It is profoundly depressing, and tragic too, that President Obama, a decent and admirable man, allowed himself to be stained by his participation in such a revolting tactic.

Now he can’t even lose with honor.