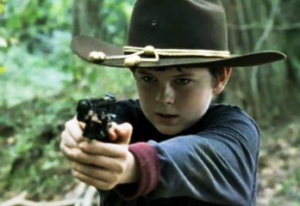 The shocking murder-suicide of of the Kansas City Chiefs’ Jovan Belcher has once again unleashed the predictable rants against America’s “culture of guns” and renewed calls for tougher firearms laws. Yes, reasonable restrictions on firearms sales make sense, and the ready availability of guns to the unhinged, criminal and crazy in so many communities is indefensible. Nevertheless, the cries for the banning of hand-guns that follow these periodic and inevitable tragedies are essentially attacks on core national values, and they need to be recognized as such, because the day America decides that its citizens should not have access to guns will also be the day that its core liberties will be in serious peril.

Here is Kansas City sportswriter Jason Whitlock, in the wake of Belcher’s demise:

“Our current gun culture ensures that more and more domestic disputes will end in the ultimate tragedy and that more convenience-store confrontations over loud music coming from a car will leave more teenage boys bloodied and dead. Handguns do not enhance our safety. They exacerbate our flaws, tempt us to escalate arguments, and bait us into embracing confrontation rather than avoiding it… If Jovan Belcher didn’t possess a gun, he and Kasandra Perkins would both be alive today.”

I don’t disagree with a single word of this. Yet everything Whitlock writes about guns can be also said about individual freedom itself. The importance of the U.S. “gun culture” is that it is really individual freedom culture, the conviction, rooted in the nation’s founding, traditions, history and values, that each citizen can and should have the freedom, ability and power to protect himself and his family, to solve his or her problems, and to determine his or her fate, without requiring the permission, leave or assistance of the government. Guns are among the most powerful symbols of that freedom. You can object to it, fight it or hate it, but you cannot deny it. Guns are symbols of individual initiative, self-sufficiency and independence, and a culture that values those things will also value guns, and access to guns.

Whitlock’s statement argues for building a counter-America in which safety, security and risk aversion is valued more than individual freedom. There is no doubt in my mind, and the results of the last election confirm this, that public support for such a counter-America is growing. The government, this segment believes, should be the resource for safety, health, financial well-being, food and shelter. It follows that the government alone should have access to firearms. This requires that we have great trust in central government, a trust that the Founders of the nation clearly did not have, but one that a lot of Americans seem ready to embrace. Giving up the right to own guns and entrusting government, through the police and the military, with the sole power to carry firearms represents a symbolic, core abandonment of the nation’s traditional commitment to personal liberty as more essential than security and safety. I would like to see the advocates of banning firearms admit this, to themselves as well as gun advocates, so the debate over firearms can be transparent and honest. Maybe, as a culture, we are now willing to make that choice. If so, we should make it with our eyes open.

The cultural links between personal autonomy and guns are still very strong. One can hardly watch television or movies without seeing a drama in which the protagonist’s access to firearms defines his or her determination to avert danger, achieve justice or defeat evil. In “The Walking Dead,” for example, the fact that human beings have guns is the only thing keeping the world from total destruction and chaos. Carl, a thirteen year-old boy in the show, now wields a pistol like a gunslinger, and this symbolizes his premature entry into adulthood as well as his ability to take care of himself and his family. In the real United States, the one that isn’t over-run with zombies, owning a firearm is rarely essential or wise, which is why it is tempting to accept Whitlock’s conclusion that the freedom to have access to one it is unnecessary. I believe, however, that the right to bear arms is inextricable from the right to personal autonomy and freedom, as inconvenient and occasionally deadly as that fact may be. If we lose one, I believe the other will quickly follow. As with personal freedom itself, the right to own guns will be abused by the anti-social, the criminal, the stupid, the reckless and the irresponsible, and people will die as a result, just as they die from over-eating, driving too fast, drinking too much, sky-diving, bungee-jumping and keeping tigers as pets; just as they may die from playing NFL football, partying too hard or going hunting with Dick Cheney; just as they may die from putting too much carbon into the atmosphere or buying food with too many additives in them.

The right to be free creates the opportunity to be irresponsible, and ethics is the collective cultural effort to teach ourselves, our children and our neighbors not to be irresponsible without having to be forced to be responsible at gunpoint, with the government holding the gun. I know it seems harsh and callous to say so, but I am not willing to give up on ethics—the belief that enough of us can do the right things even when we have the freedom to do the wrong things—to prevent the occasional school massacre or murder-suicide.

I think that is giving up too much.

[Ann Althouse has a perceptive critique of Whitlock’s piece here.]

9 thoughts on “The Inconvenient Truth About The Second Amendment and Freedom: The Deaths Are Worth It”