“I always think of the millions of people who heard that as their last word as they were hanging from a tree.”

–—Oprah Winfrey, in an interview with Parade Magazine, discussing race in America, the use of the word “nigger,” and how young people in the U.S. don’t know “diddly squat” about the civil rights movement. 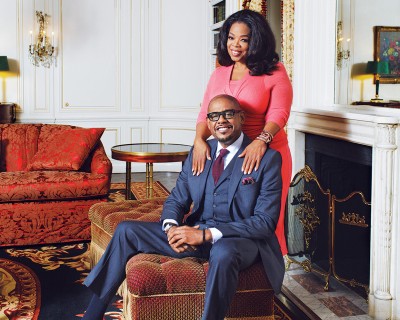 Yes, Parade peaders, it’s true, whites tried to wipe us off the face of the map.

Now, thanks to Oprah, those young people think they know that “millions” of blacks were lynched in the United States.

Oprah Winfrey, one of the most admired, respected and trusted public figures in the nation, decided to join the recent concerted effort to magnify racial hate and fear, this time by grossly misrepresenting U.S.history. Not only that, but she did so in the context of representing herself as knowledgeable about the history of race relations in America, while others know “diddly-squat.” The recklessness, lack of responsibility, and ignorance that Winfrey’s statement represents is staggering.

In the past I have pointed out the ridiculous historical misrepresentations by Herman Cain, Sarah Palin and Michele Bachmann, political figures who are trusted as authorities by millions of Americans and thus have a responsibility to be sure that they don’t pass along misinformation. Writing about Sarah Palin’s misrepresentations regarding Paul Revere’s ride. I wrote,

“… Bachmann, Palin and Cain, who extol our  heroes and founding documents while not knowing a thing about them, operate on the cynical theory, sadly accurate, that their supporters and flag-waving fans are even more ignorant than they are. Such political figures are beneath contempt. A responsible medical school professor doesn’t give a lecture on open heart surgery that begins…”Ok, well, the, uh…heart, you know, has..uh, these little rooms and stuff, and…it has blood, and is kinda like a clock…except that love and heartburn and things come out of it, so we gotta be careful.” Neither heart surgery nor national leadership are trivial matters, and require serious practitioners, not posturing frauds.”

Let me be clear. Oprah Winfrey’s casual and wildly inaccurate representation of the extent of black lynchings in the United States was infinitely more harmful than any historical gaffe by Cain, Palin or Bachmann. Their historical whoppers only made their followers dumber. Oprah’s makes hers hateful. Their bad history was at least favorable to the United States. Oprah’s slandered the United States. Worst of all, Winfrey is far more admired and trusted than any of the three Republican dolts, and she is idolized in black America. She has an obligation to use her status responsibly. She has an obligation not to divide the nation along racial lines. She has an obligation, as an African-American leader, to know as much about civil rights history as she claims to know and is expected to know. She failed in all of these, and there is no excuse for it.

How wrong was Oprah’s assertion that “millions” of blacks were lynched in this country?

The Tuskeegee Institute at Tuskeegee University maintains a database of lynchings by race, state and year, from 1882 to 1968. Prior to 1882 there were no reliable statistics kept, and since the statistics we have are primarily from newspaper reports, they cannot be said to be completely accurate. The statistics we have, however, tell us that 3,445 Africa-Americas were lynched between 1882 and 1964, when the last lynching was recorded. (1,297 whites were lynched in this period as well.) Let’s assume, to be generous to Oprah, that the statistics under-represent this genocidal crime by a factor of 1o: no historian has ever suggested this, but I’m trying to give Oprah the benefit of every doubt. That unsubstantiated adjustment would suggest that there were 34,450 black lynchings. I’ll  give her the gift of presuming that her “millions” comment was meant to convey the smallest number possible, which is two million. Using those generous (to Oprah) numbers, Oprah’s lynching stats are exaggerated by a factor of 58. If we stick to facts that we can document, she inflated the number of black lynchings by a factor of 580.

At a time when the news media, race-baiting activists, MSNBC and what appear to be deranged Democrats are working overtime to support the idea that white vigilantes will hunt down and shoot innocent black children for the crime of wearing a hoodie and carrying skittles, Oprah Winfrey decided to throw kerosene on the flame by elevating the already horrific history of black lynchings in this country to the scale of the Nazi extermination of  the Jews. Was she just being careless with words? That is no excuse—she is a former journalist, and she knows her influence and the explosiveness of the topic. She cannot be careless. Was she intentionally exaggerating the number?  I don’t believe that. I believe she is misinformed herself, and if there is one thing Oprah Winfrey should be adequately educated about, it is American race relations—especially when she is mocking the ignorance of other African_Americans on that topic,

Meanwhile, did actor Forest Whitaker or “Precious” director Lee Daniels, both present during Winfrey’s gaffe, correct Oprah’s error,for the benefit of Parade’s readers? No, they did not. Maybe they think her statistics are accurate. Neither the Parade interviewer, or the editor corrected the error. Maybe they believe Winfrey’s myth too. Maybe you do.

In small, incremental ways like this, racial distrust, antipathy, fear and hate spread in America. The President contributes to it when he attaches himself to the fate of a Trayvon Martin, killed in a tragic accident carefully distorted by journalists, activists and politicians to be the equivalent of the murder of Emmet Till. Now Oprah Winfrey, more popular and trusted than the President, adds to the ignorance and hate by representing what is already a national disgrace to be a thousand times worse than it was, because she can’t bother to check her facts. Race relations, as Oprah was presuming to lecture us, are too important to be tampered with like that.

They are also too fragile.

23 thoughts on “Unethical Quote Of The Month: Oprah Winfrey”