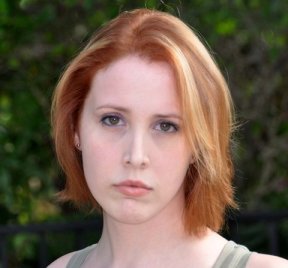 Dylan Farrow was 7 years old when, she alleges, her adoptive father Woody Allen began sexually molesting her. Although this became the focus of the legal and public relations battle between her mother, actress Mia Farrow and Allen as their once romantic and domestic relationship—-already destroyed by Allen’s courtship, seduction and marriage of Dylan’s older, also-adopted sister Soon Yi—exploded onto the scandal sheets more than 20 years ago, the now-married Dylan has never spoken out about it herself, though her mother and other siblings have. Allen avoided any criminal charges despite an investigation that found probable cause, and his popularity among film-goers and his stature in Hollywood seemed to be undamaged. Last month, however, a lifetime achievement award at the Golden Globes (accepted by a fawning Diane Keaton) re-opened the unhealed wounds for the Farrows, and Allen’s Oscar nomination last week for his original screenplay for “Blue Jasmine” was apparently too much.

Now Dylan Farrow has decided to tell her own story, and has done so in open letter form, published on the blog of New York Times columnist Nicholas Kristof.

I ask that you read it now, here, before you read anything else. Her courage in writing this powerful statement earns the right to have it received on its own terms.

1. Dylan Farrow is an Ethics Hero, and she explains why near the conclusion of her letter:

“For so long, Woody Allen’s acceptance silenced me. It felt like a personal rebuke, like the awards and accolades were a way to tell me to shut up and go away. But the survivors of sexual abuse who have reached out to me – to support me and to share their fears of coming forward, of being called a liar, of being told their memories aren’t their memories – have given me a reason to not be silent, if only so others know that they don’t have to be silent either. Today, I consider myself lucky. I am happily married. I have the support of my amazing brothers and sisters. I have a mother who found within herself a well of fortitude that saved us from the chaos a predator brought into our home. But others are still scared, vulnerable, and struggling for the courage to tell the truth. The message that Hollywood sends matters for them.”

Farrow has been a very private person, and thrusting herself into public controversy now while re-living the worst trauma of her life must be the last thing she wanted to do. She must know that she will be attacked and vilified in some forums; some of the comments on Kristoff’s blog do this already. Hollywood, the main addressee of her letter, can be expected to rally around Allen, just as it has continued to support fugitive child rapist Roman Polanski. Her letter should encourage the victims of child molestation and incest to speak out, and may stop some future crimes from occurring. How great a price she will pay for her act of courage and public duty is unknowable, but I doubt that it will be cheap.

2. There are elements of fury, pain, betrayal and revenge in Farrow’s letter. None of that undermines the verdict that writing it was a noble and ethical act. Almost all ethical deeds result from many factors, including non-ethical considerations, emotions and even unethical goals that are inextricable from the ethical ones. Ethical purity is rare, and it is not a pre-requisite for recognizing that the right thing has been done.

3. Kristof, in his introduction to the letter, writes, “It’s important to note that Woody Allen was never prosecuted in this case and has consistently denied wrongdoing; he deserves the presumption of innocence.”

Once again, the legal requirement of proprietorial burden of proof is being misused by an educated commentator who should know better. Woody Allen deserves the presumption of innocence by the jury and judge in any criminal trial regarding the crimes described by his daughter; everyone else can ethically come to conclusions based on their own knowledge, logic and experience. It is faintly possible that to further Mia Farrow’s vendetta over the fact that the man she regarded as her husband had an adulterous sexual affair with Soon Yi, her youngest daughter, programmed with false memories, is falsely accusing Allen. It is also possible that O.J. is still looking for the murderer of Nicole and Ron, and that Osama bin Laden was an innocent scapegoat for 9-11. Anyone who can put their biases for or against Allen aside and objectively assess this drama is entitled to come to a conclusion, and should not be criticized for doing so. The fact that Allen has, like all accused criminals, the presumption of legal innocence does not in any way compel, in fairness or reason, the conclusion that he is innocent. Personally, I think the chances that Allen is innocent and that Farrow’s detailed account is a fabrication approaches the vanishing point.

4. Once again, and so quickly after the issue was discussed here in the case of Pete Seeger, we are faced with how personal misconduct and character flaws should affect public honors for an artist’s art.

Allen’s situation is different from that of Seeger in several ways. Seeger, it could be argued, can be more justifiably penalized as an artist because his great flaw, the support of Soviet Communism while it was killing and enslaving millions, was part of his art and sometimes its purpose. Yet Seeger broke no laws, and applauding horrible acts is very different misconduct from doing them. Allen is also a poor comparison with the tarnished baseball stars, who have been rejected (correctly) from the Hall of Fame for their use of steroids. Sportsmanship and good character are properly demanded of sports heroes, and when their professional output is credibly the product, at least in part, of misconduct like  steroid cheating, it is fair to reject both the career and the athlete. Yet no one can seriously argue that Woody Allen’s movies were in any way enhanced by his pedophilia. Like Polanski, Charlie Chaplin (another pedophile), Simpson, Sinatra, Mel Gibson, Gig Young and others, the conduct that makes Allen personally repugnant has no relationship to his art at all. Why should it disqualify Allen from receiving a lifetime achievement award, when those achievements would be no different whether Allen was a serial killer or a saint?

The answer to the question must depend on whether such an award is a critical assessment of the art, in which case Allen’s character and conduct are irrelevant and he would only receive the honor because movies can’t hold statuettes, or an honor bestowed on the artist personally. A culture is defined by what it tolerates and will not tolerate. Honoring a child molester and incestuous rapist says “This culture tolerates such conduct, and we won’t think less of anyone who indulges in it if they are talented, successful and lucrative.” In fact, I think this is a fairly accurate description of how Hollywood (and the music industry too, which has also lionized a lot of pedophile stars) thinks and feels. The community that honors child molesters in that community has made a statement that it doesn’t think child molesting is all that bad, and it issues such honors at its peril.

5. I would love to know actor Richard Dreyfus’s position on Allen. Dreyfus was outspoken and passionate in maintaining that Elia Kazan, one of the greatest directors in film (and Broadway) history, should not receive a Lifetime Achievement Oscar because he had “named names” in the Hollywood Red Scare hearings.  Many of Dryfus’s Hollywood colleagues were similarly offended by Kazan’s honor, though Kazan committed no crime, and his capitulation under threats and questioning had no effect on the quality of his art. If Dreyfus and the others see nothing amiss in honoring Allen, then their position must be that 1) serious and repugnant character flaws and misconduct should not disqualify artists for honors regardless of their art, and 2) political disloyalty is taboo in Hollywood, but raping little girls who think of you as their father isn’t.

6. I strongly suspect that this is, in fact, the majority position and value system in Hollywood, and, though I am less certain, other artistic communities.

7. As for Woody’s films, they stand on their own. His conduct doesn’t make “Bananas” less funny or “Annie Hall” less brilliant, at least not from a rational perspective, any more than the fact that playwright Arthur Miller rejected, abandoned and neglected his cognitively disabled son makes “Death of a Salesman” a lesser drama. At some point, however, cognitive dissonance can become so strong that the artist’s repugnance overwhelms his art. The degree to which this occurs, if it occurs, depends on the nature of the art and the conduct of the artist. Polanski’s dark films are the plausible creation of a rapist; one can appreciate a disturbing film despite knowing that its director has done disturbing things.  I confess, however, that “Alice in Wonderland,” despite its brilliance, has not been pleasant for me to read ever since I learned about Lewis Carroll’s strange attraction to naked little girls. Actor Gig Young’s genre was light comedy, and after he murdered his young wife and killed himself, nobody found his films very funny any more. O.J. Simpson’s roles in the “Naked Gun” films has had a similar effect, though not as pronounced. It remains to be seen whether Dylan Farrow’s letter has such an effect on audience appreciation of  Woody Allen’s film work. If it does, he deserves it.

8. My personal position is unchanged by Farrow’s letter. I found myself unable to enjoy any of Allen’s films after he cheated on his de facto wife with his de facto daughter. I also don’t believe in enriching, even indirectly, horrible people in their professional endeavors if I can conveniently avoid it. I knew that Woody Allen was a sick and reprehensible individual long ago, and Farrow’s letter only confirms it.

55 thoughts on “Ethics Hero: Dylan Farrow (and Observations On Her Open Letter To Woody Allen’s Fans)”